My favorite Cub player of the last decade has been pitcher Ryan Dempster.  It's been speculated since practically the beginning of the season that he'd be traded by August.   It was no surprise then, when he was dealt to the Rangers the other day. Though I've stopped collecting most of the other Cub players from the "Piniella  era", I have been adding to my Dempster collection.  Here are the latest three cards from this year's Allen and Ginter. 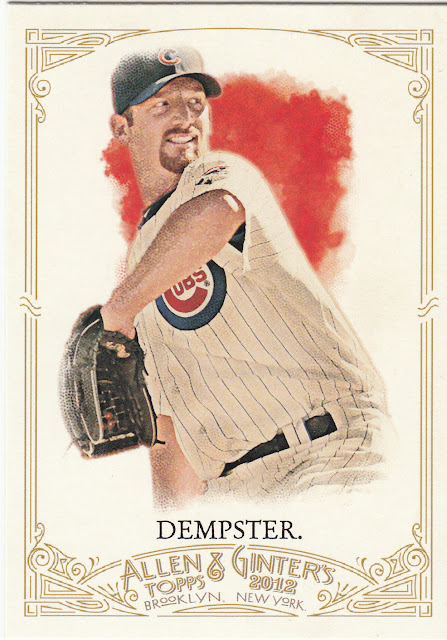 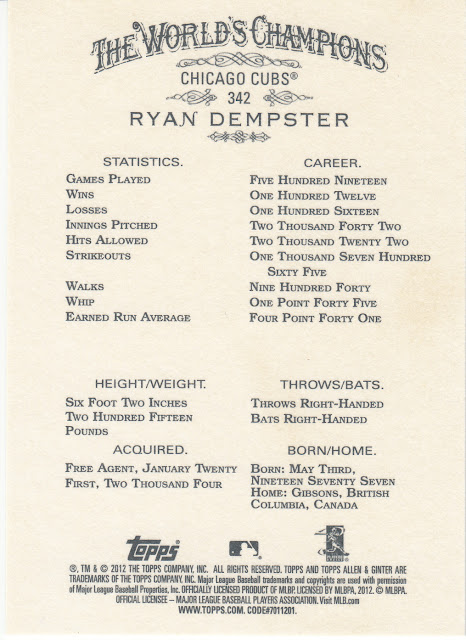 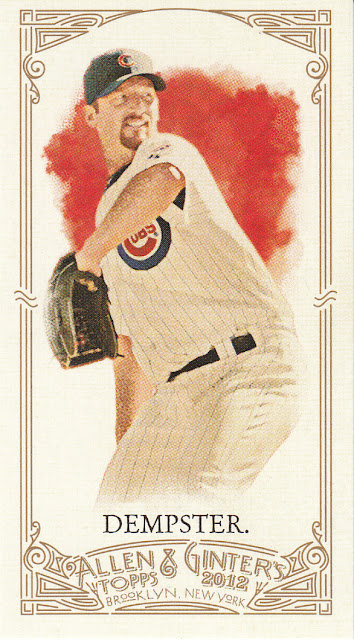 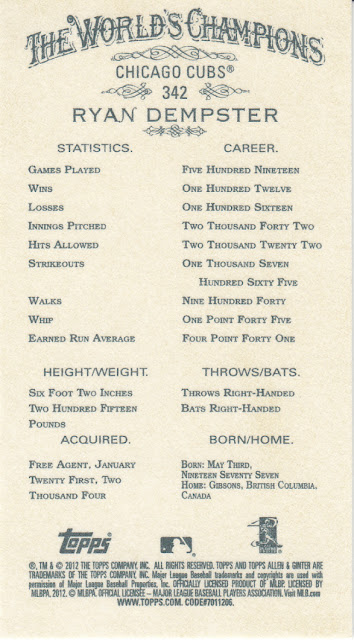 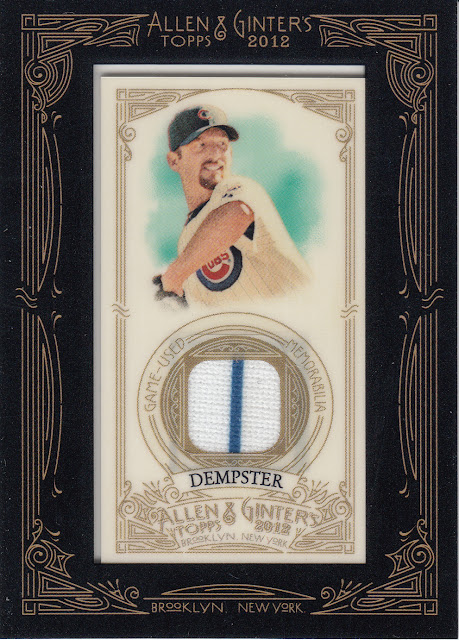 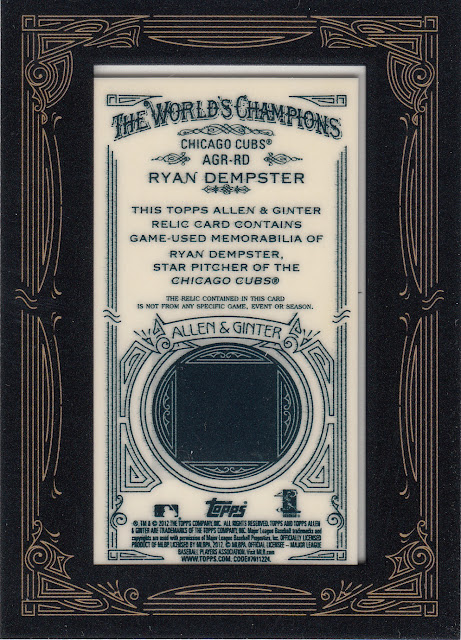