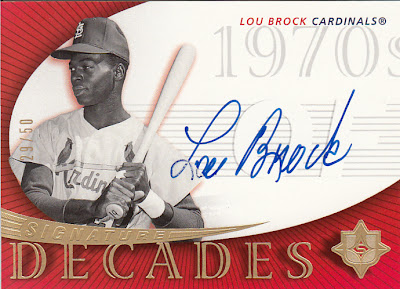 2005 UD Signature Decades #SD-LB 29/50
This is my favorite set for autographed cards. 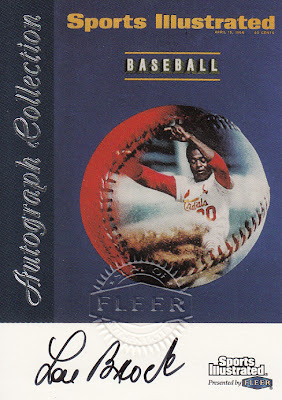 1999 Fleer SI
This is probably my second favorite set. 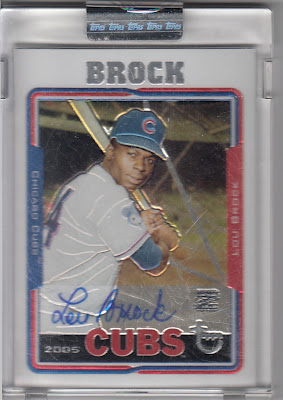 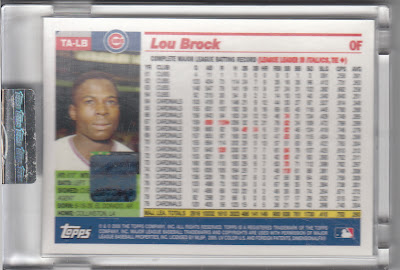 Nice to have Lou as a Cub at least for variety.  Sorry for the blurry scan. My new scanner has trouble with anything dimensional. 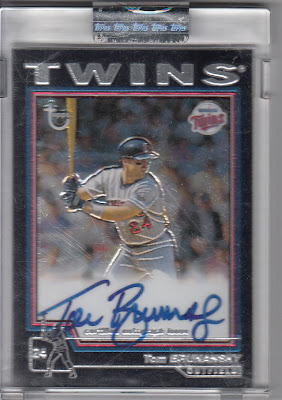 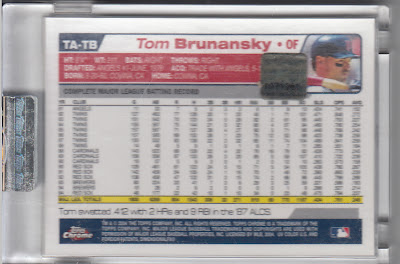 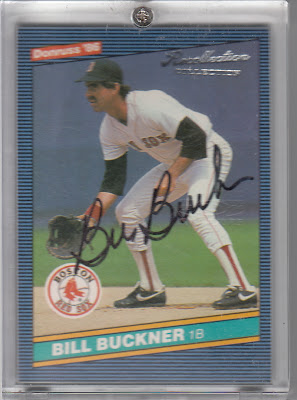 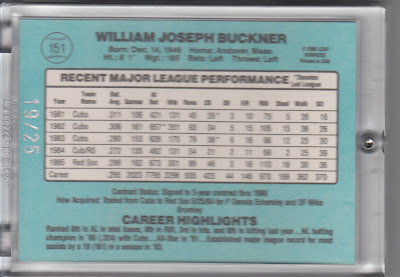 Buckner filled in for Bob Brenley last night as color man on the Cubs-Red Sox game on WGN.  He was good but his voice kind of puts me to sleep.  He was a hell of a hitter. 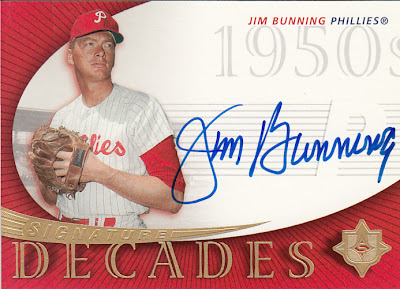 2005 UD Signature Decades #SD-JB
Why is it that former athletes who go into politics always seem to be Republicans? 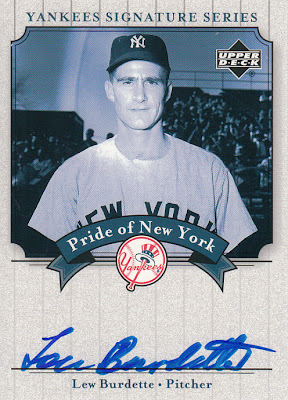 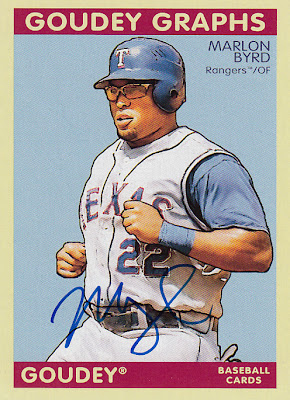 2009 UD Goudey #GG-BY
Marlon plays the game like it should be played.  I think he's make a good coach or manager some day.
Posted by Hackenbush at 5:40 PM