(click to enlarge)
Roy Hofheinz was "the leading force behind the group that won an expansion baseball team in Houston, the Colt .45s.  It was his innovation that conceived the Astrodome..."
Austin Jackson, while slumping lately, is still hitting .302 while playing outfield for the Detroit Tigers.
Benjamin Shibe was part owner of the Philadelphia Athletics from 1901-1922 and old Shibe Park was named after him.  "He is credited with inventing the machinery to make standard baseballs and the idea of the cork centered ball."
Craig Kimbrel appeared in 8 games for the Braves earlier this season and has 20 saves for AAA Gwinnett with as 1.50 ERA.
My favorite card from this pack is: 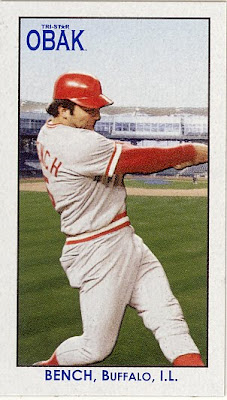 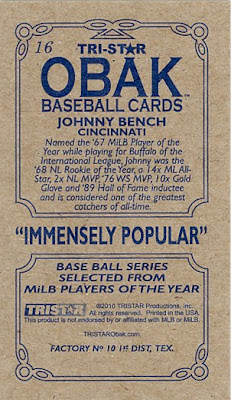 Did you notice that the first scan only had five cards?  The sixth was autographed : 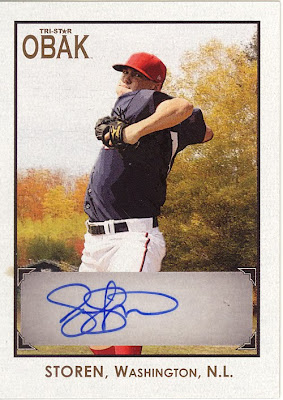 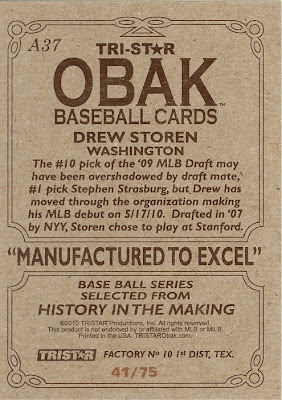