By design I haven't purchased many 2010 cards. I was intrigued enough to by one blaster of National Chicle. Like most of the painted sets this one is uneven but I did get a pretty nice assortment of cards that I did like and even one minor hit. Here's some of my favorites with a few comments. 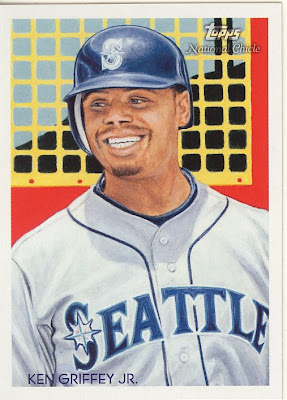 Number 4 all time on the home run list (for me). Will he enter the Hall in a Mariner's uniform? 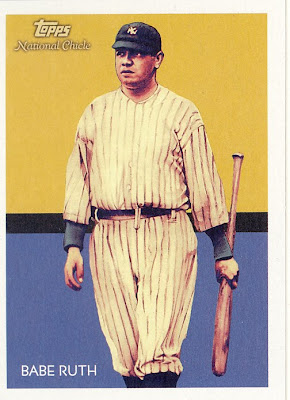 I can't get too much Babe Ruth. I like the simplicity of this one. 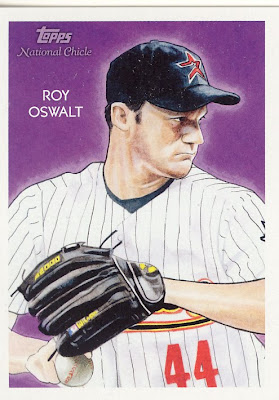 Is he underrated? Maybe under the radar playing in Houston. His record is a terrific 141-78 with a 3.23 ERA. I like the purple background on this one and the determined look. 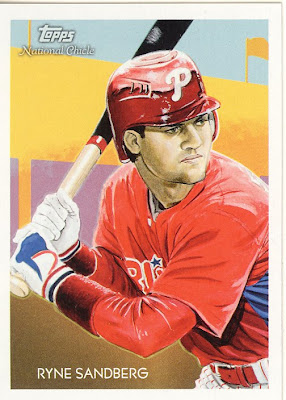 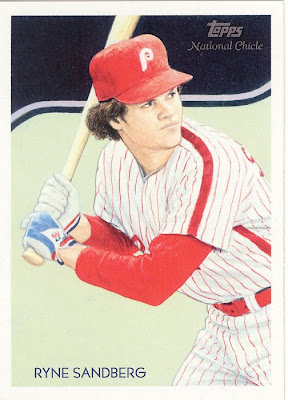 These 2 are of the Hall of Fame 2nd baseman of the Chicago Cubs. I like them for that reason. Is there a story behind the choice of 2 of him as a Phillie? I get that he started his career there but he only had 6 at-bats before being traded. Is this just a "what might have been"? I doubt Phillies fans feel too bad about it, ala the Cubs trading Lou Brock. Am I wrong? 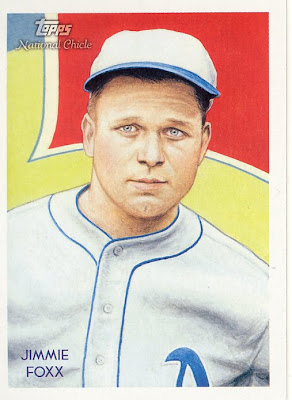 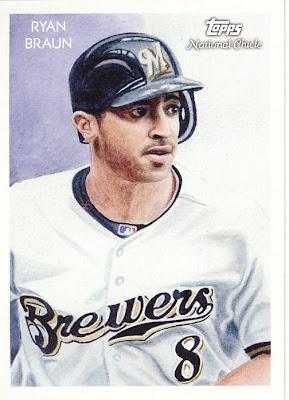 I'm not a Brewers fan but I am a fan of "The Hebrew Hammer". 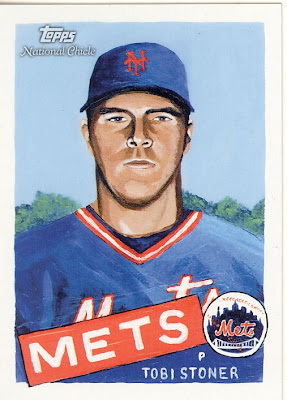 This one has a sort of primitive "folk art" look to it. I just like it. 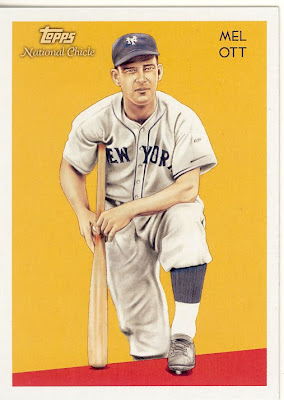 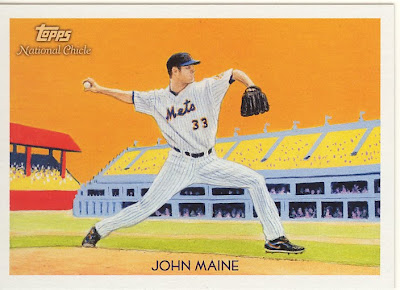 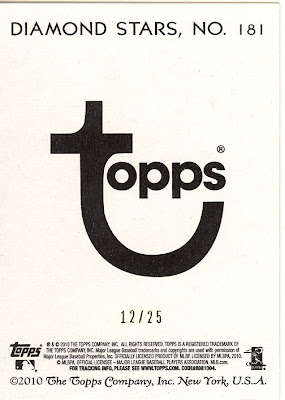