Here's another group of cards that I guess the only good answer as to why I'm posting would be, "Because they're there". Put out in 1991 by a company called Lime Rock International, the set consisted of 41 cards of NBA cheerleaders from just three teams, the Minnesota Timberwolves, Philadelphia 76ers, and Washington Bullets. The following year the company issued a similar set featuring NFL squads from New Orleans, Dallas, Miami and Oakland. Other Lime Rock sets I've seen listed are MAD magazine (might be interesting) and Bozo the Clown (what?). 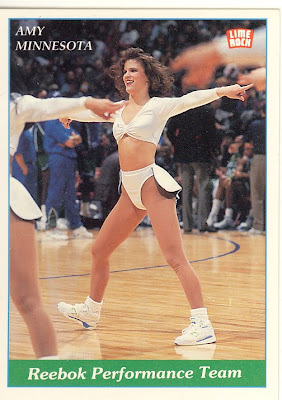 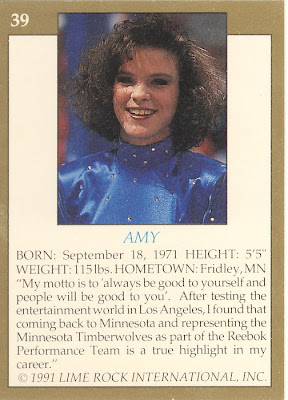 Amy did not want to give her last name. 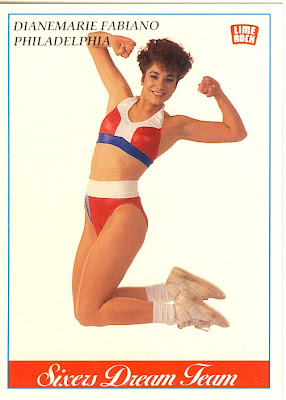 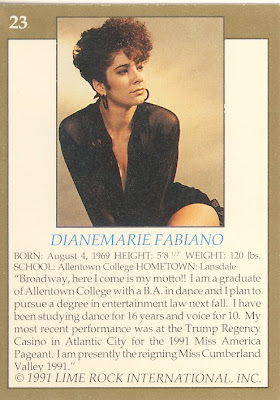 Not one to give up, Diane did become Miss Pennsylvania in 1993. 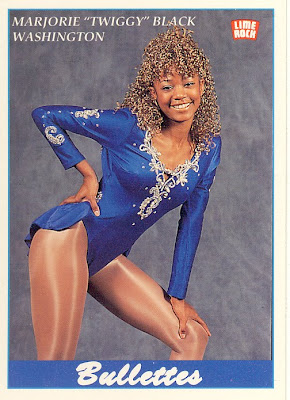 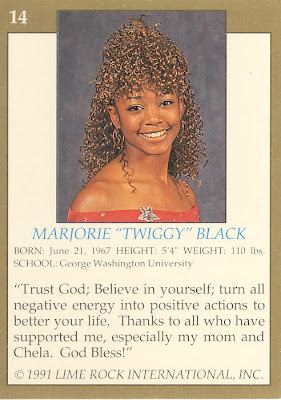 Marjorie Black was the black Twiggy. 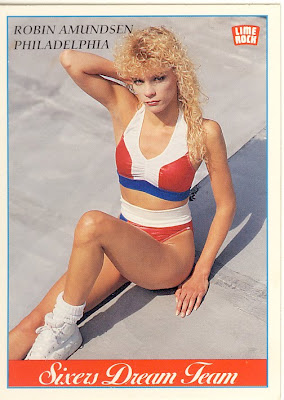 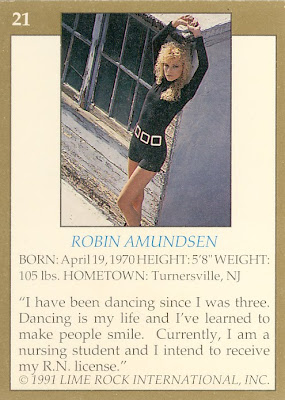 "HELLLOOO NURSE!"
Looking at these cards also made me think of this video from a decade earlier: