Topps has issued a variety of cards featuring some kind of image on "silk".  This is one I pulled from a blaster in 2013. 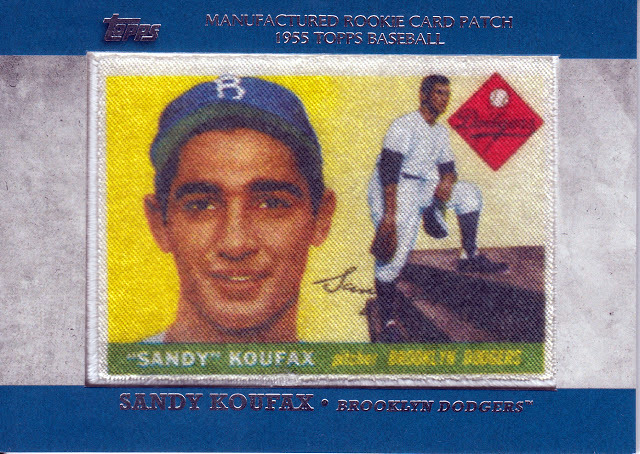 2013 Topps Rookie Patch Sandy Koufax
As with postcards, covers offer a great variety of subject matter.  A subset are the silk cachet envelopes.  There are a good many baseball subjects available.   This one is, of course, of actor and writer Alan Alda. 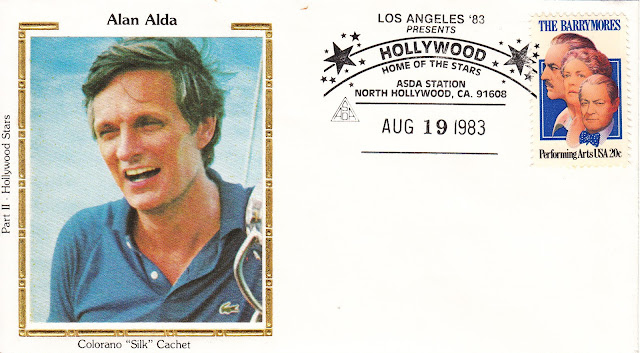 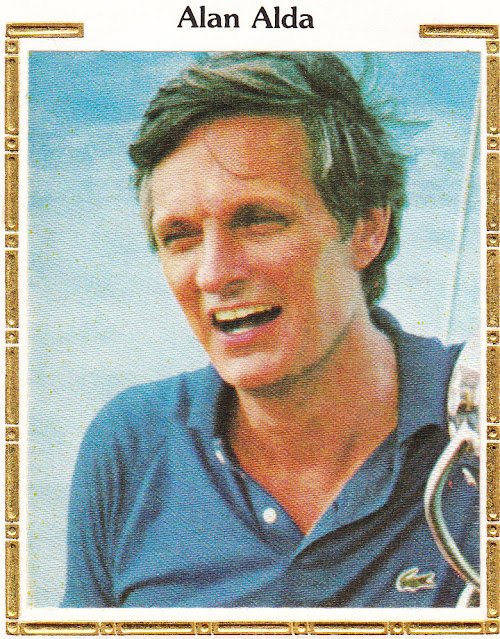 I was a M*A*S*H fan.  I'm sure I saw every episode when it first aired.  Toward the end of the series I felt the actors became a bit too sanctimonious and it left a sour taste for me.  M*A*S*H may have had more to say than "Hogan's Heroes" but it was still a sitcom.
I came to a new appreciation of Alda through his memoirs and his great work on PBS as a fantastic liason between the scientific community and the general public. 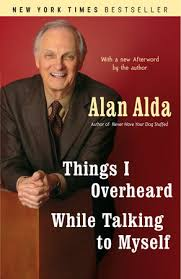 How many people do an Alan Alda impression?

Posted by Hackenbush at 4:45 PM