My wife is a big Alfred Hitchcock fan.  I did like Rear Window and North by Northwest.  I didn't care for The Birds myself.  I'd much rather see a good comedy any day. 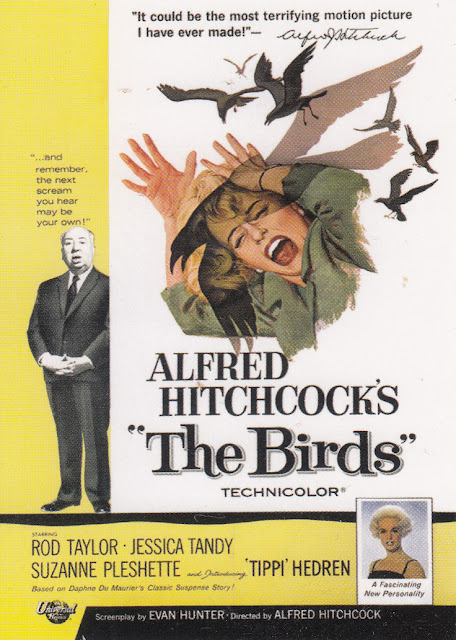 Tippi Hedren played Melanie Daniels in this movie.  Coincidentally, her daughter is Melanie Griffith.  The Working Girl star was six years old when the film was released. 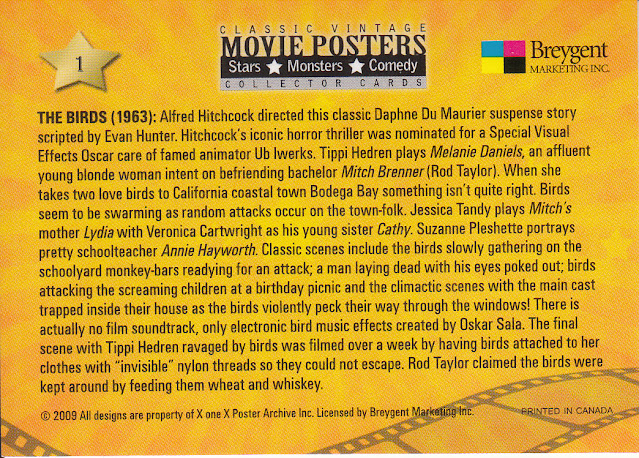 I came across this great card in a drawer the other day.  Reed Johnson was already a fan favorite in Toronto when he joined the Cubs in 2008.  During two stints he would become a Chicago favorite as well. 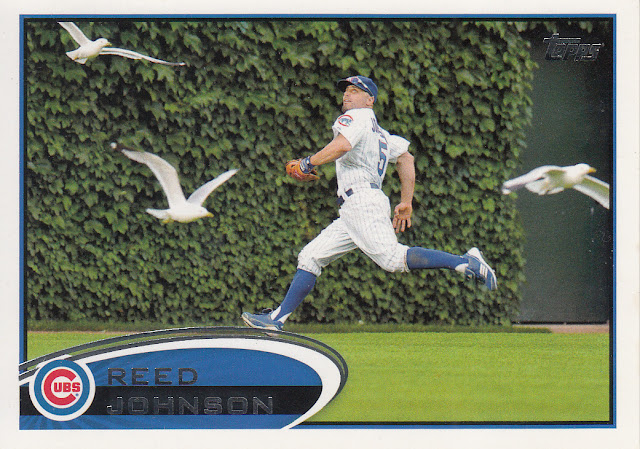 As I recall the gulls would come around late in the afternoon presumably looking for scraps from the fans. 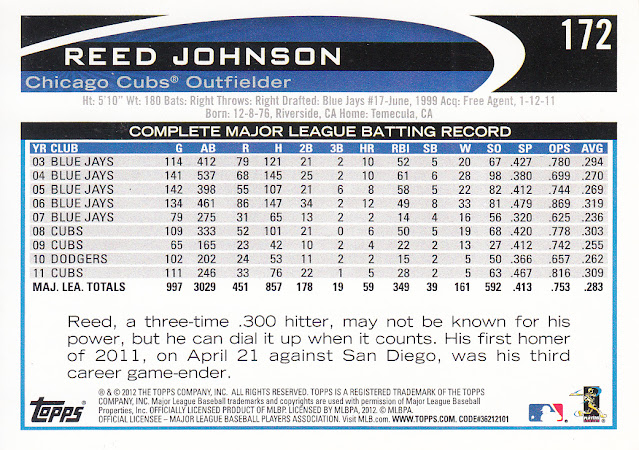 Reed spoke with Ryan Dempster recently on Demp's podcast, Off the Mound.
Posted by Hackenbush at 3:52 PM