How often does another blogger inspire you to piggyback on one of their posts with one of your own?  Often enough for me.  On Monday the man known as Fuji led off with a card that caught my eye.  "Hmm", I thought,  "do I have any Ginger Rogers cards of my own?"  Well, one of the better organized, though surely not completely, parts of my collection is my vintage tobacco cards.  They reside in one two inch black binder.  I even knew where that was.  (I know, I'm impressed too.)

Ginger is #38 in the 1934 Player's Film Stars Series 2 set.  BTW don't be fooled, as I almost was.  The "Radio" listed on the front and back refers not to the medium but to the movie studio RKO Radio Pictures.  The more times I see Ginger Rogers the more I like her. 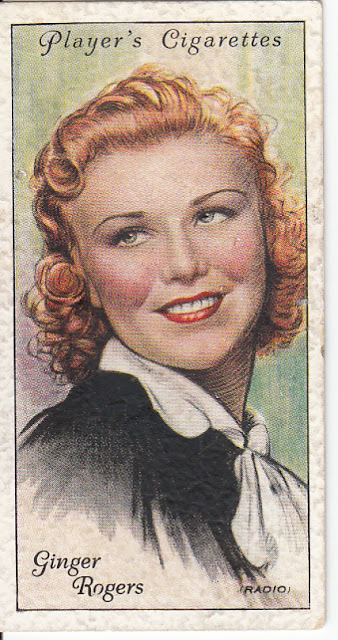 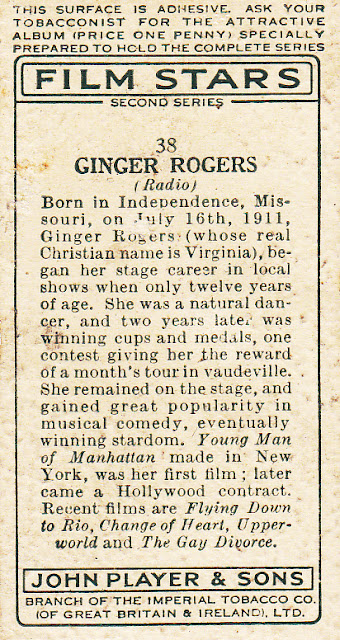 The Gay Divorcee (1934)
I don't love it but The Continental was the very first to win the Academy Award for Best Original Song.

This is from the 1936 musical, Follow the Fleet.  Let Yourself Go was written by Irving Berlin.  A bit of trivia -- Betty Grable is the middle backup singer.
Posted by Hackenbush at 4:57 PM