It's been a few years since I sent out fan pack requests and did a series of Fan Pack Fun posts.  If you're not familiar with the concept, a majority of teams will honor a polite request with an envelope of items such as schedules, stickers, player photos, pencils, etc.  These days you can, with some exceptions, make a request through a team's webpage.  This year I thought I would go with all postcard requests. 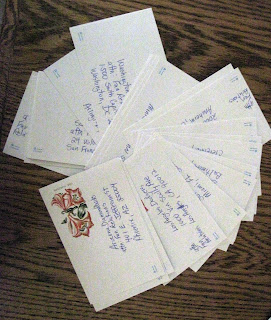 Here's my stack of postcards, one for each of the Major League teams, ready to be dropped in the mailbox.  I sent them off around Memorial Day.  I received my first response within a week but I didn't want to start this series until I could show off what I received from my favorite team, the defending World Series Champion Chicago Cubs.  In past years the Cubs have replied fairly quickly.  I can only assume that the volume of fan requests has been overwhelming this year. 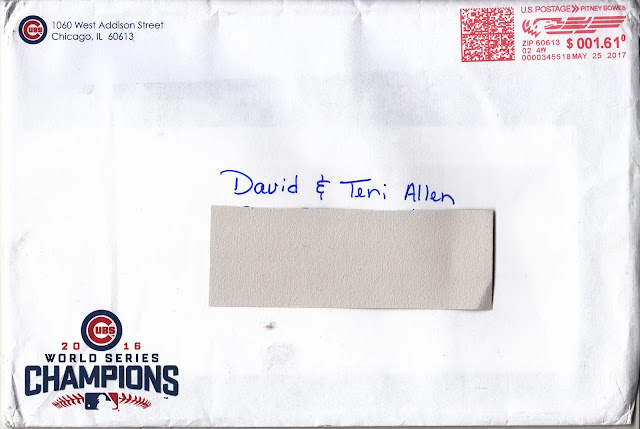 OK, I just noticed while writing this that the envelope is dated, May 25.  Hmm.  Well color me confused.  Maybe this got lost along the way.  The envelope does look a bit weary.   Anyway, you weren't waiting at your mailbox for this to come so why don't we just get to the important bits.  Here's what the World Series Champion Chicago Cubs (sorry) sent.

If you've read any of my previous Fan Pack Fun posts you'll know that I appreciate just about anything that a team is nice enough to mail out. 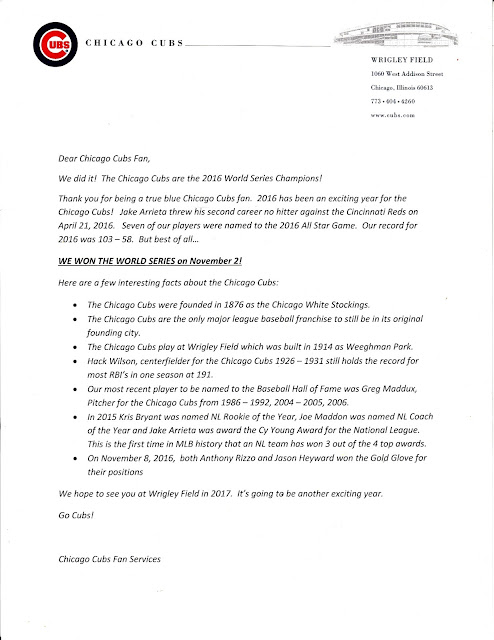 The child in me, and isn't that really what it's all about, appreciates seeing the official letterhead stationary.  This year is even more special because of what the letter references. 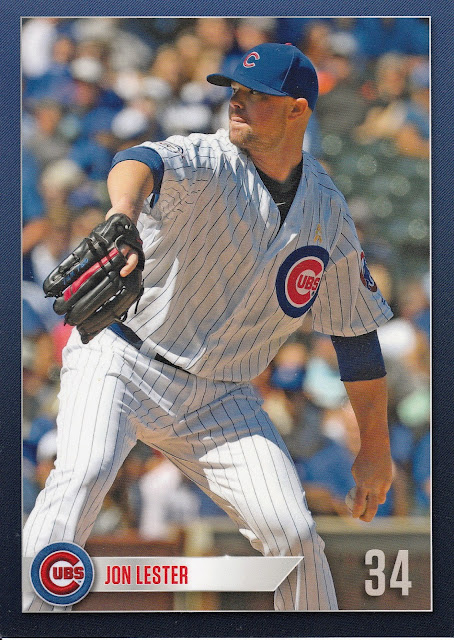 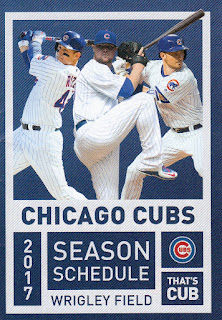 When I opened the envelope I didn't guess what this was.
(Front) 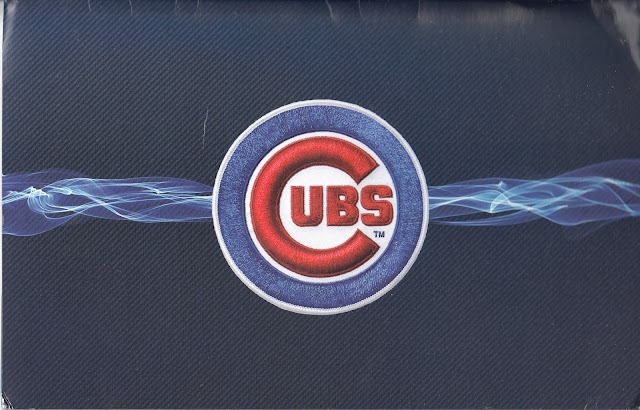 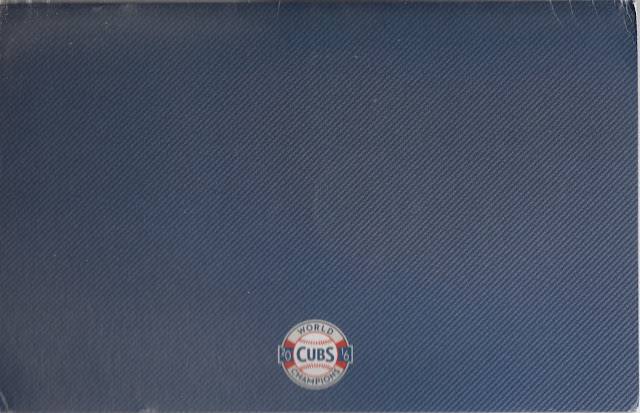 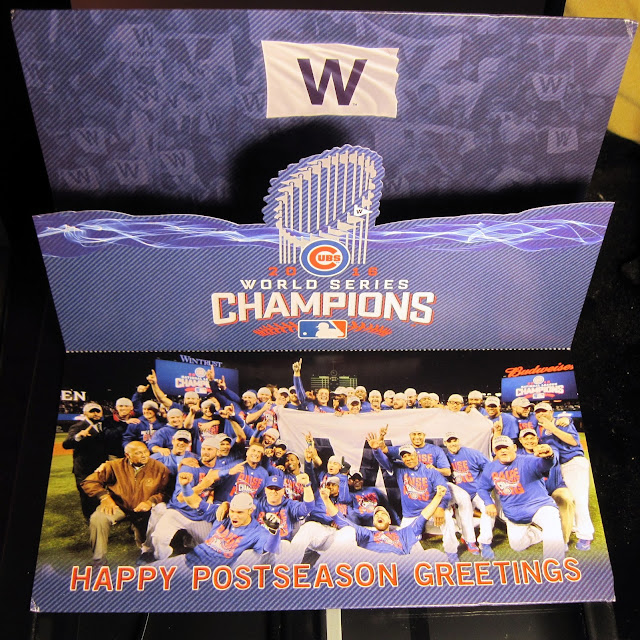 I didn't have to do my own video since I found this on YouTube. It also explains where the card comes from.  It was sent to season's ticket holders.  Sweet!  In case you're viewing this and don't have sound, when you open the card it plays a couple of rounds of the chorus of Steve Goodman's "Go Cubs, Go".

So I'm not sure what happen mail-wise but all's well that ends well.  The Christmas card was a pleasant surprise.  I don't have a lot of World Series commemorative stuff so this goes right to the top of the list.

I do have fan packs from other teams.  I will share them in days to come unless you all hit snooze at some point.  In all honesty, and if you know me this won't surprise you one bit, I have a number of envelopes that are still unopened.  Along the same lines I was thinking of taking some new pictures of my legendary "pack stash".  It's had some departures but also some arrivals since the last time I showed it to you (and let you make fun of me).