A Different Kind of Action Card

A few weeks ago I made a comment on Fuji's blog about one card he pulled from a blaster of 2015 Panini Rookies and Stars.  He generously offered to mail it to me.

Due to a couple of serious injuries the Bears' 2015 #1 draft pick has played just 4 games in his first two seasons.  Despite this, Bears GM Ryan Pace still has high hopes for White. 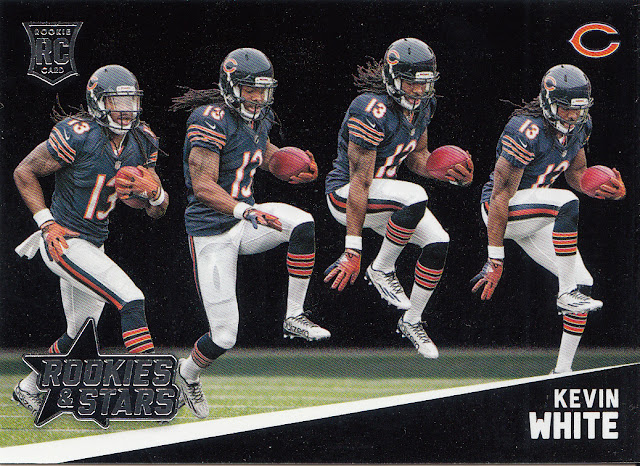 The fact that this is a Bears card is what attracted me in the first place.  More importantly I liked the multiple exposure effect. 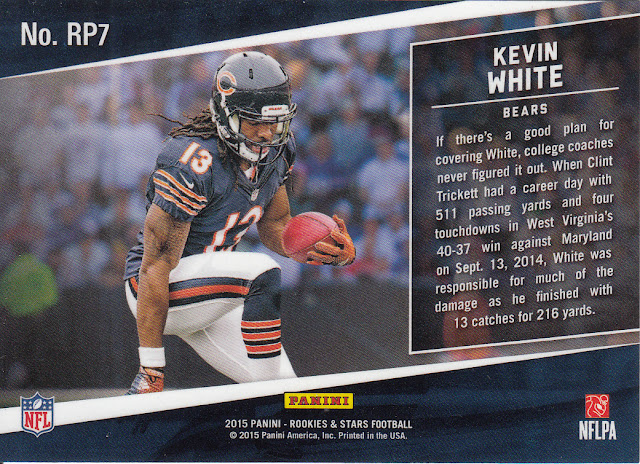 I know there have been other cards featuring a  similar "multiple exposure image".  I think it would make a really fun mini collection.  Anyone done this? Do any particular cards come to mind?  Feel free to send a link.