I've already announced my 2015 collecting goals, one of which was to build a collection of Jewish athletes.  In the world of football Sid Luckman has to be at the top.  I'm a Chicagoan and he probably also still ranks as the greatest Bears quarterback of all-time,  leading the team to four championships in twelve seasons, 1940, 1941, 1943 and 1946.  Luckman is in both the college and pro Hall's of Fame.

This card post dates his playing career but released in 1955 it's still vintage and is also the nicest of the bunch. 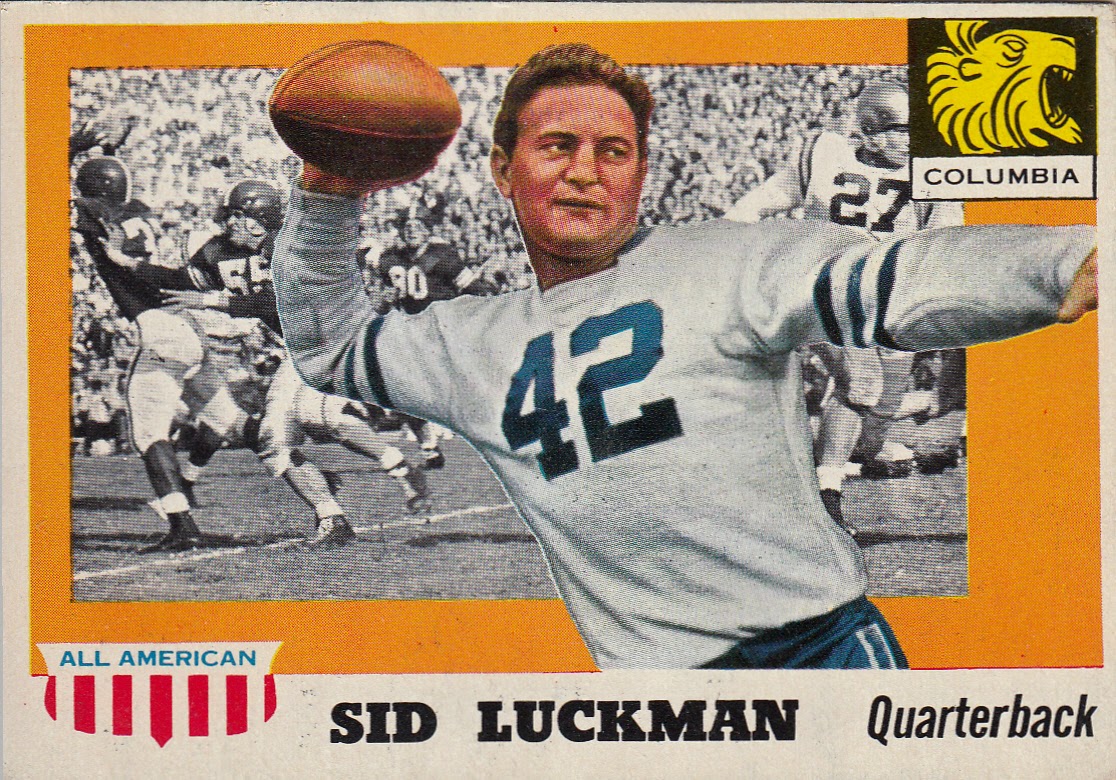 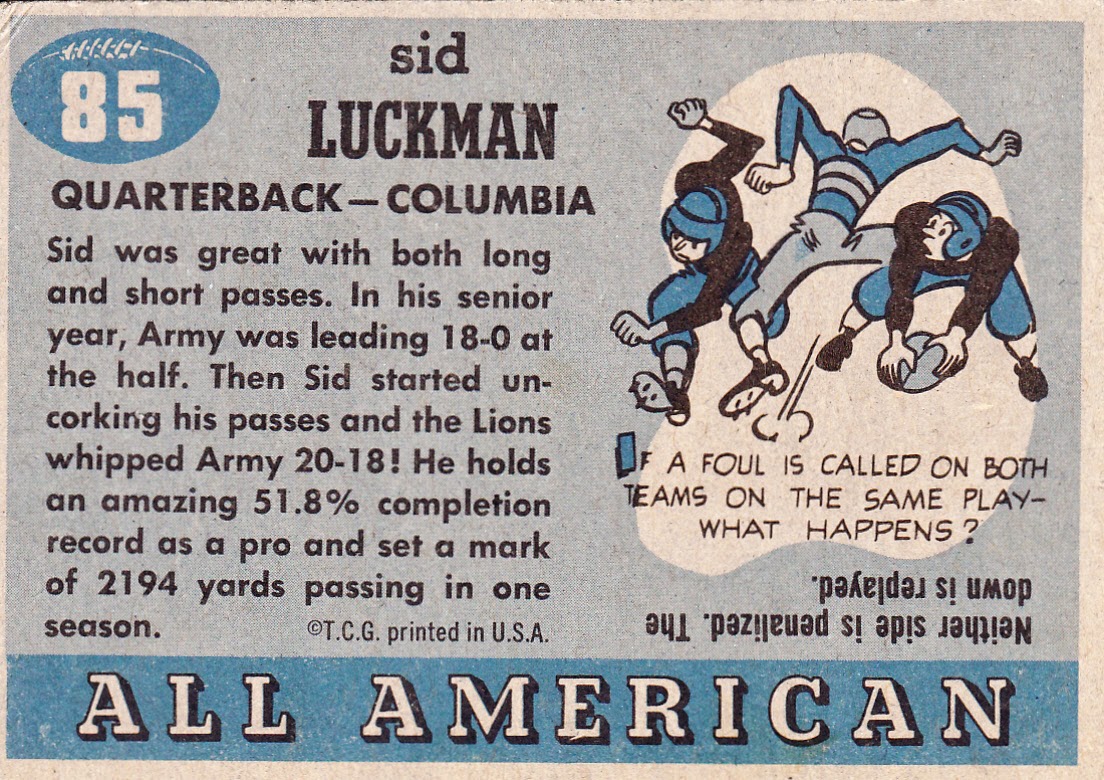 Here's the photo the card was based on, courtesy of Artfuse. 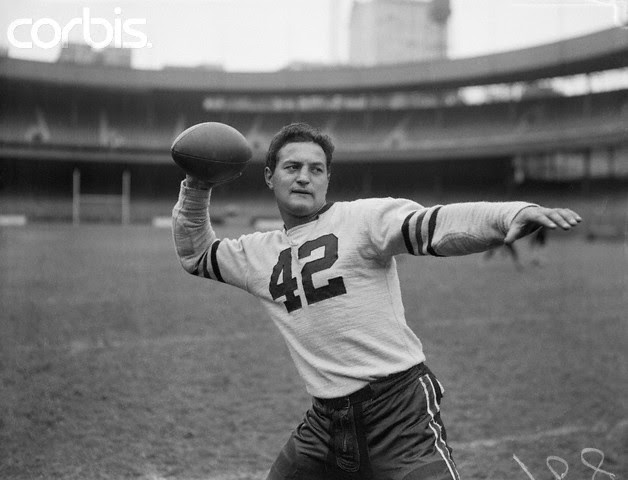 25 Oct 1940, Manhattan, New York, New York, USA — New York, New York: Sid Luckman, a local boy who made good with the grid warriors of Columbia University, shows off the passing technique that won him honors and a place with the Chicago Bears professional football team. He was photographed today during a workout of the Bears at the New York Polo Grounds, where the Bears will clash with the New York Giants on Sunday. — Image by © Bettmann/CORBIS

The Luckman is the second card in my collection from the 1955 Topps All-American set.  This awesome piece of cardboard was the first. 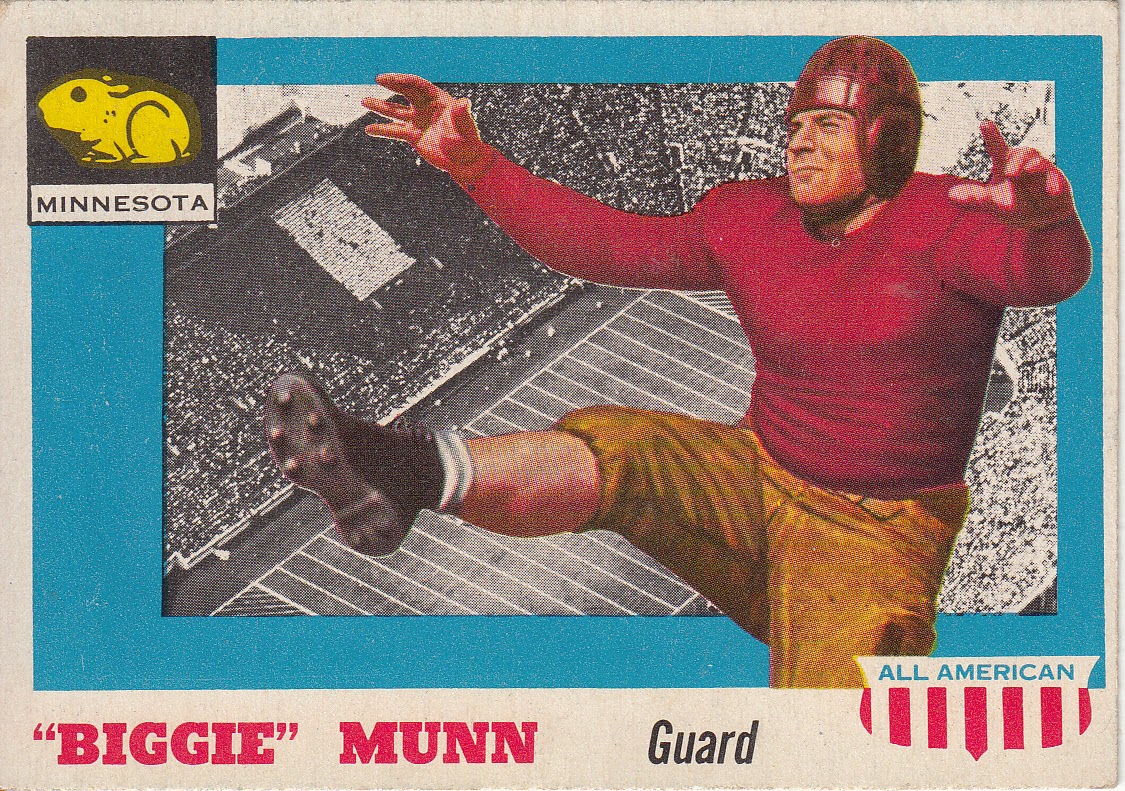 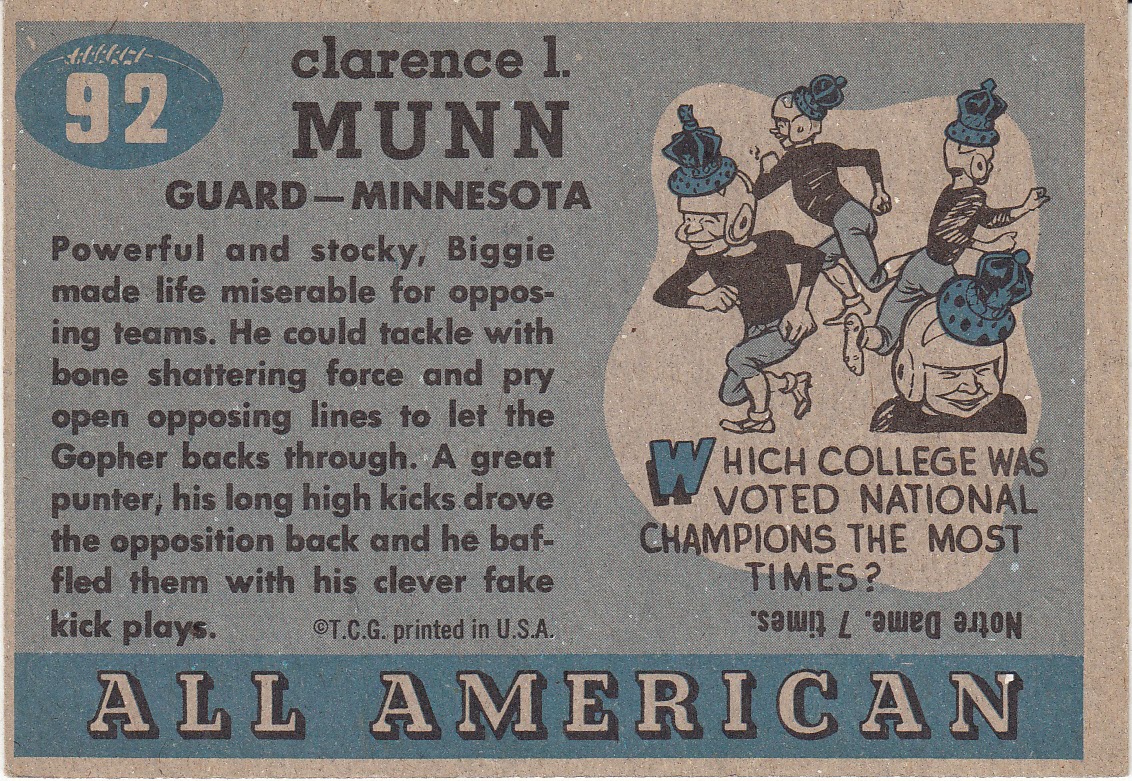 Biggie coached the Michigan State Spartans to the National Championship in 1952.

Posted by Hackenbush at 1:02 PM