I bought his card to give to my wife's father who's both a Notre Dame and Bears fan.  I'd like to keep this 1951 Bowman for myself but at least I have the scan.

Johnny, who will turn 90 on January 4, 2015 is currently the oldest living Heisman Trophy winner. 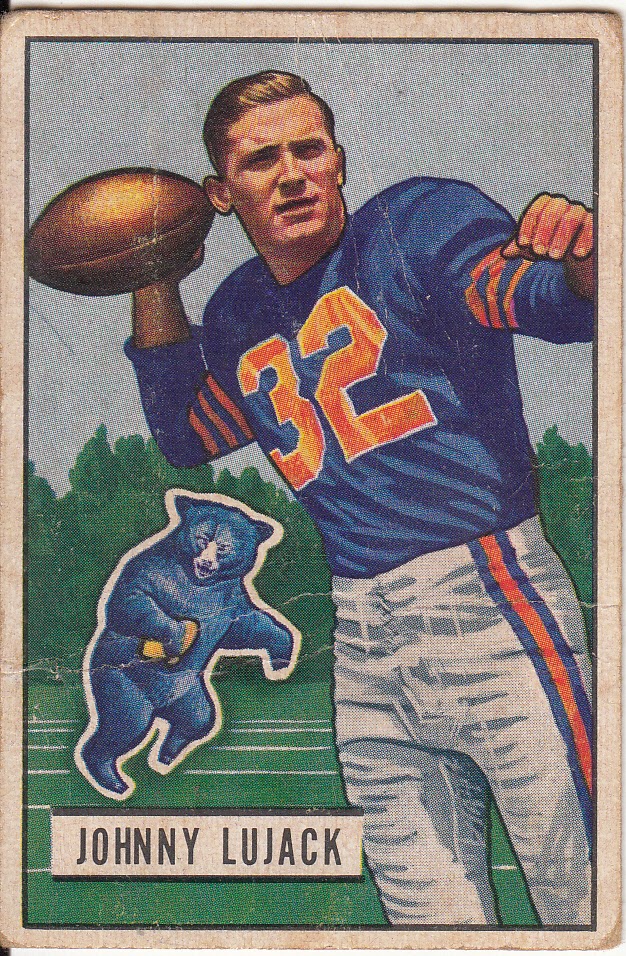 I love the bear carrying the football. 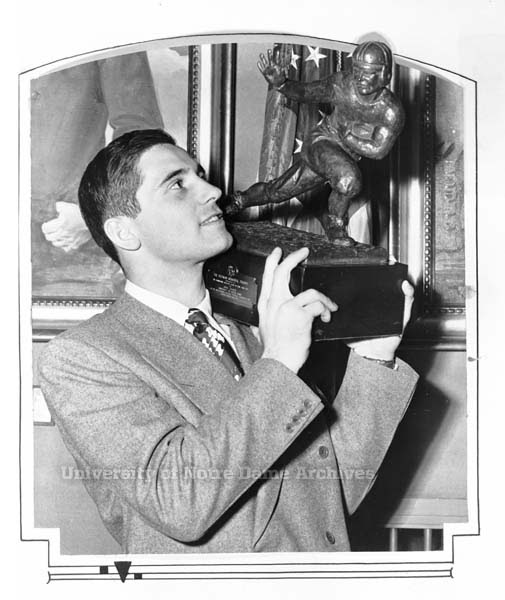 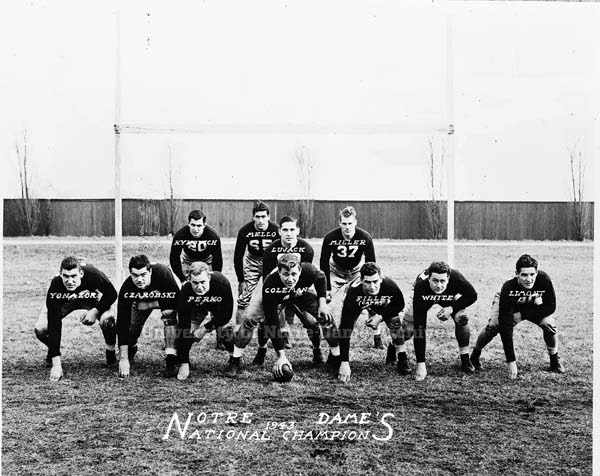 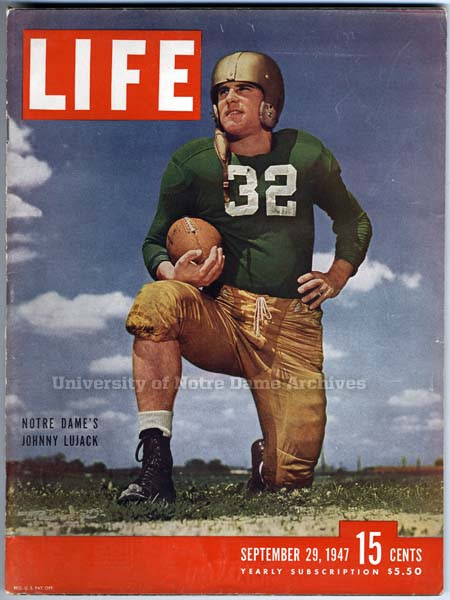 If you're from Chicago and are as old as I am the name Lujack makes you think of the legendary disc jockey, Larry Lujack.  No coincidence.  According to Wikipedia, Larry  "changed his last name to that of his football idol".