I'm a Bit of a Weather Geek

I'm a bit of a weather geek.  Now, if there can be celebrity chefs there can be celebrity weathermen.  For me Tom Skilling is by far the best.  As in all fields I admire people who are passionate about their jobs.  I don't think there's anyone who loves the weather more than Tom.  He's been at WGN since August of 1978 and is reportedly signed through 2022.  A report in Time Out Chicago pegged his salary at a million a year, highest in the country for a local weatherman.

I sent Tom an autograph card in the fall of 2010.  I'm not exactly sure when  I received this picture but it was obviously late and he had misplaced the card.  Nice guy that he is the inscription includes an apology. 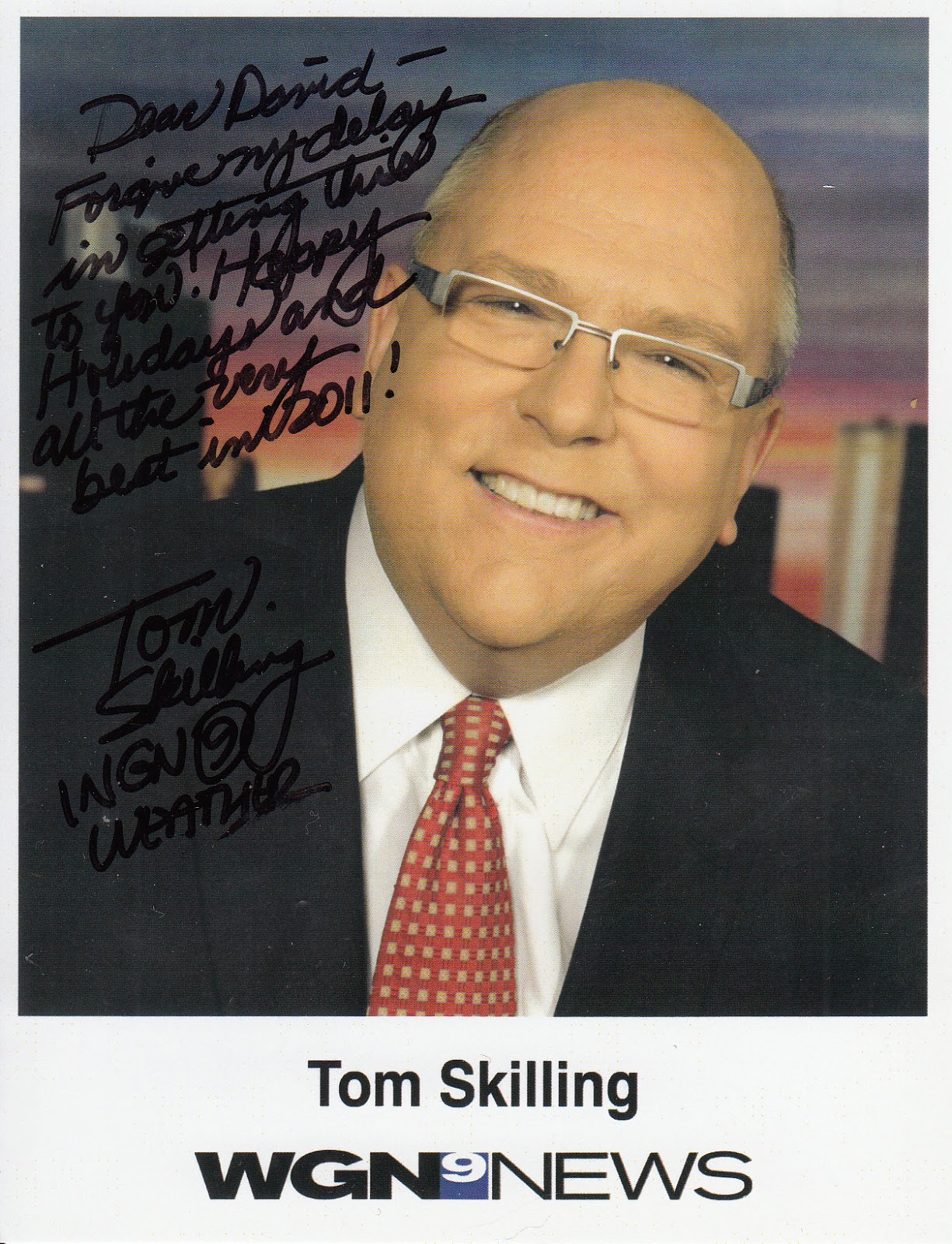 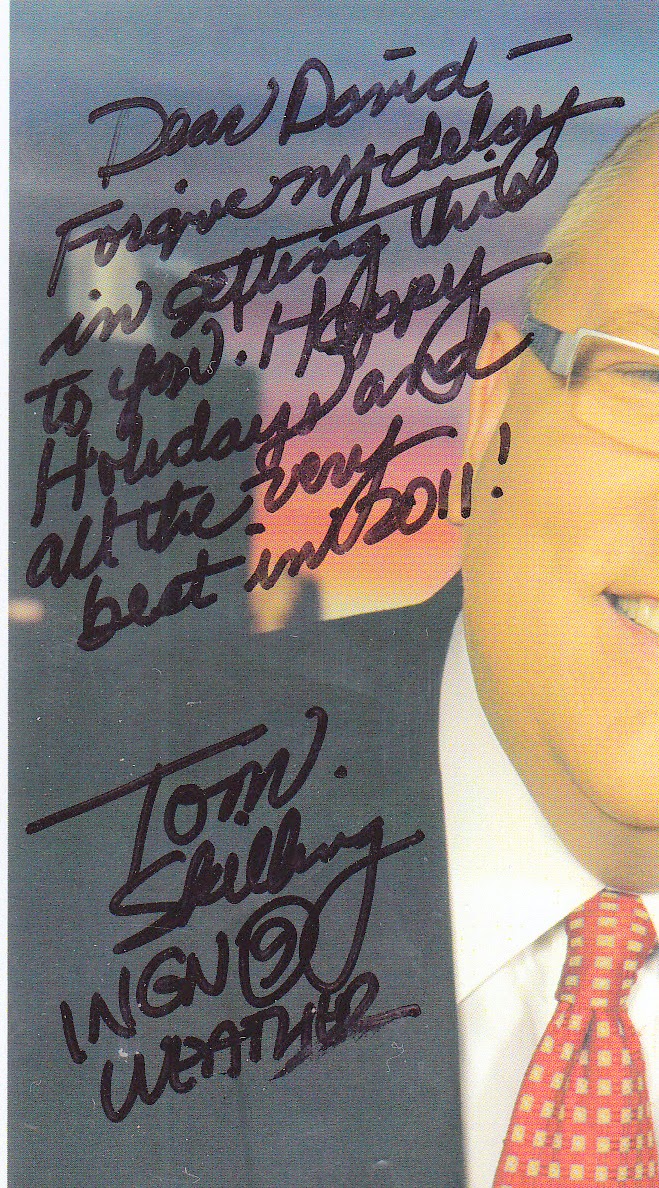 Tom has been known to sing and participated in this great piece on the WGN Morning News:

A sentimental favorite of mine works at WGN's 24 hour sister station, CLTV.  She responded right away. 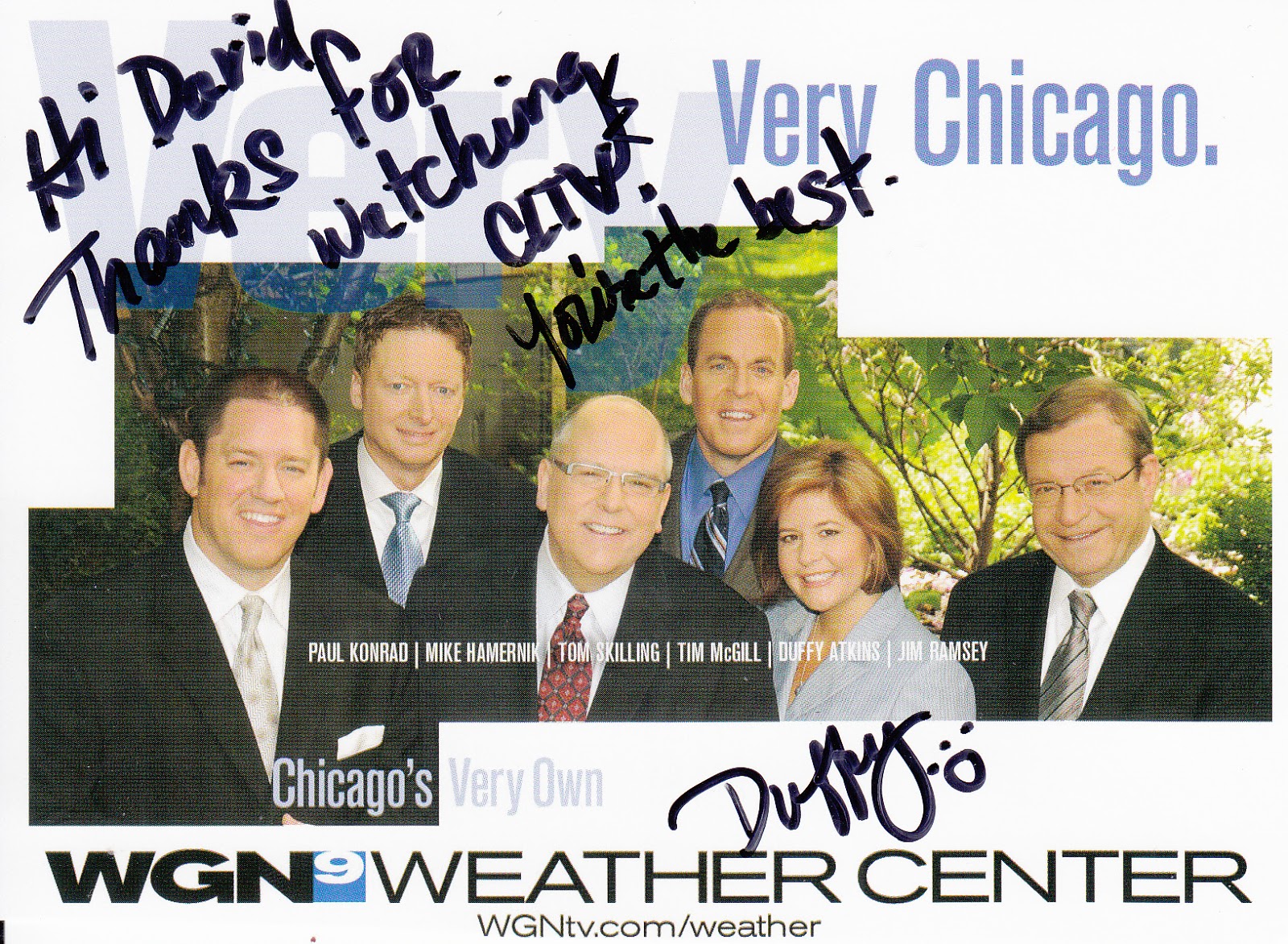 That's a paw print under he name.  She loves dogs.  At least as of five years ago she had Yorkshire terriers named Stormy Weather and Blue Sky. 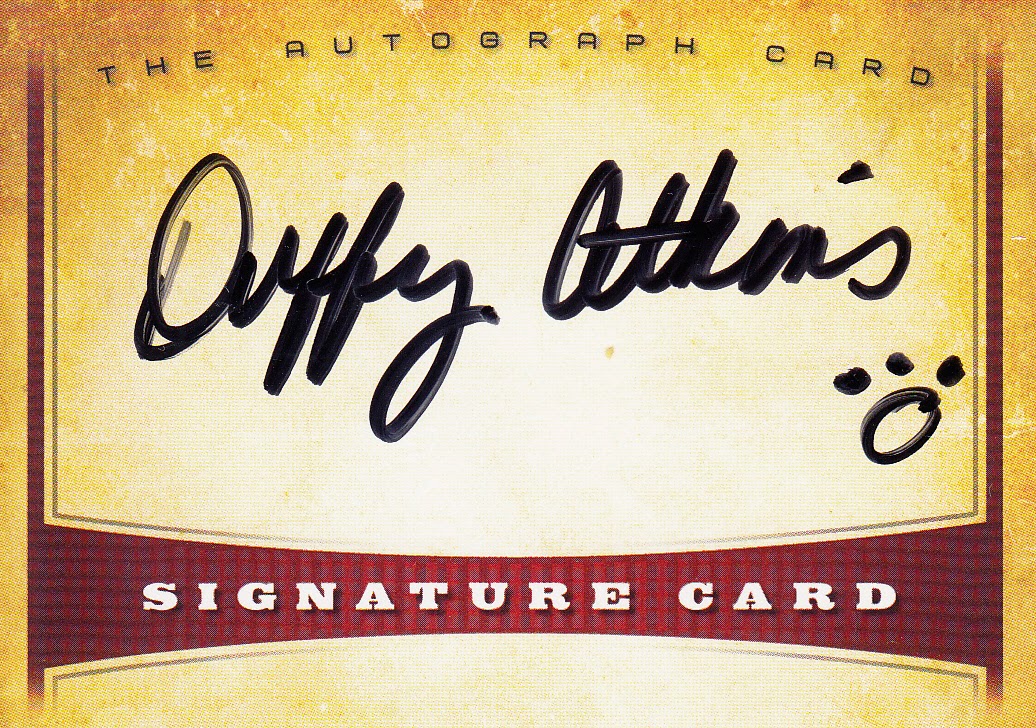 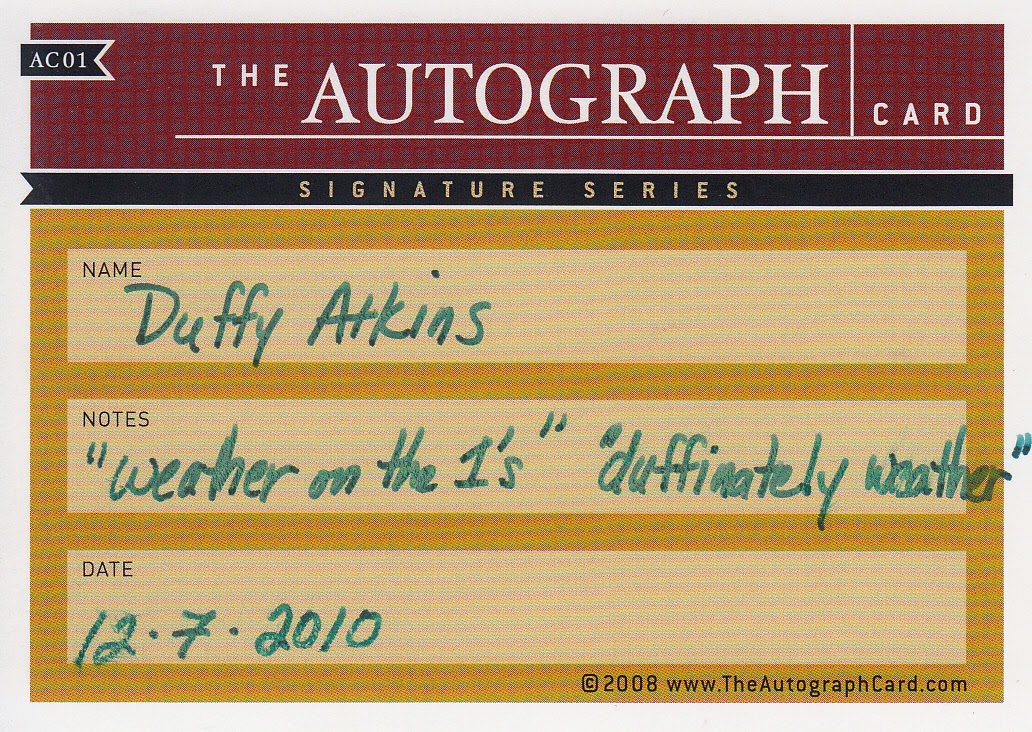 Here's a taste of Duffy from her "Duffinately Weather" webcast.
Posted by Hackenbush at 5:16 PM