I've seen two bloggers show off copies of Hank Aaron's 1955 Bowman Blue Sapphire reprint in recent days.  I picked one up as well for 50 cents.  I also found this one for six cents more.  It's an intense young Willie Mays.  Mays would win the NL Rookie of the Year in 1951.  He had a nice year, but his closest competition (not really close) were two pitchers, Chet Nichols and Clem Labine.  Mays would really get started in 1954 after missing most of two years of military service.  If not for that time missed there's a good chance Aaron would have needed to eclipse him as the all-time home run king. 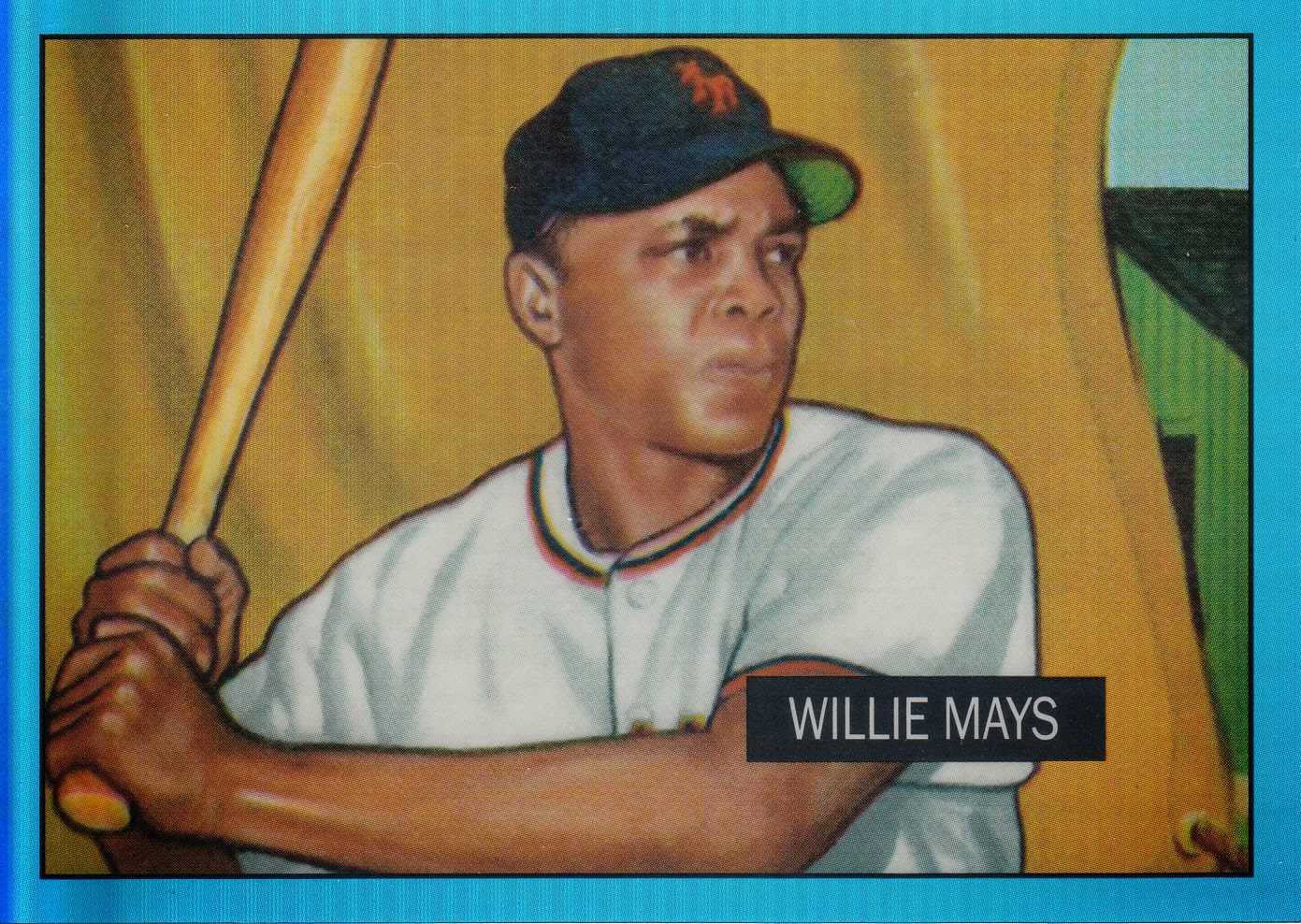 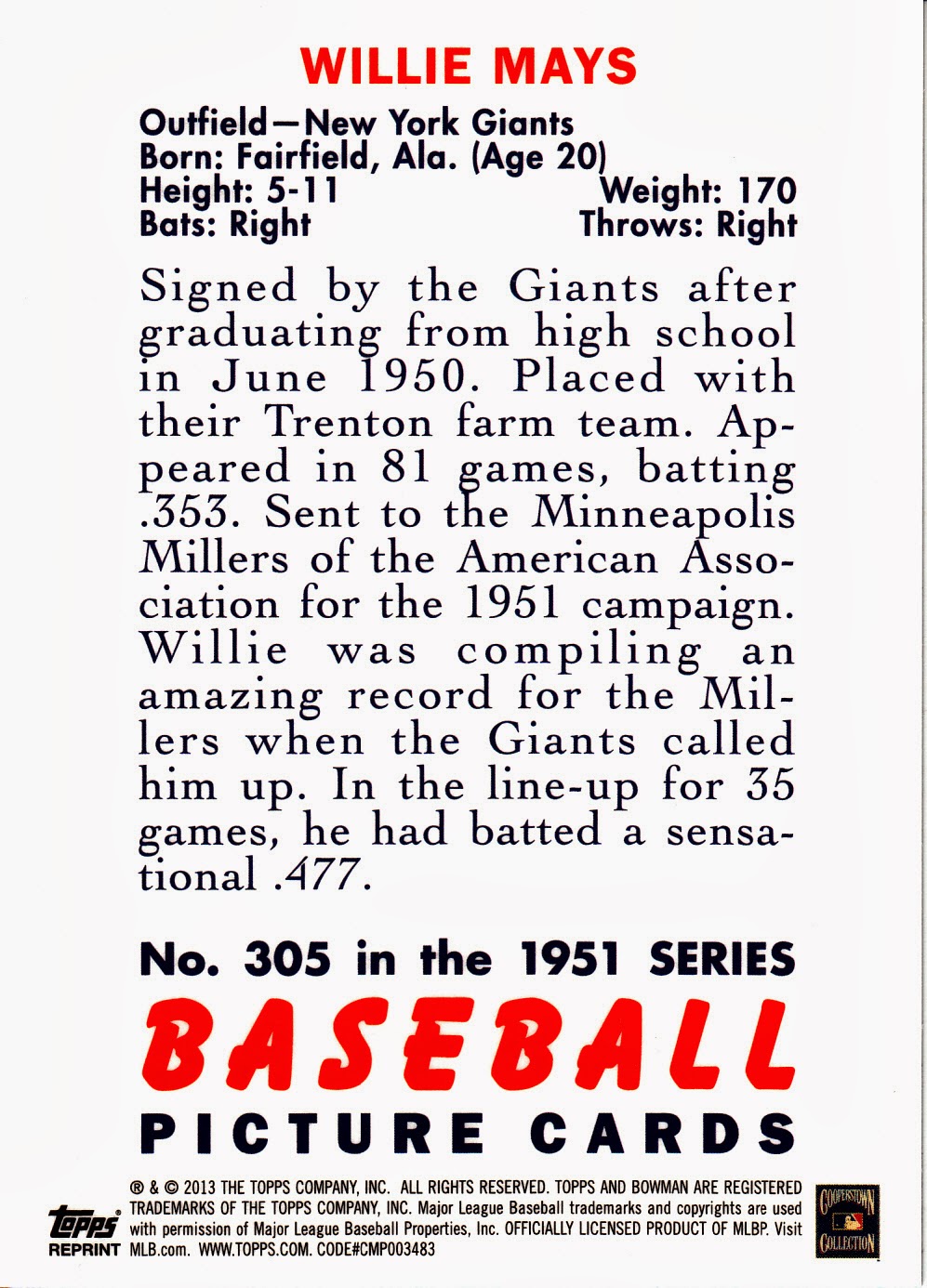