I recently shared some of the cards from a blaster of Topps Winter Olympic cards.  I purposely left out the hit.  It turned out to be a pretty good one.  Noelle won a silver medal. 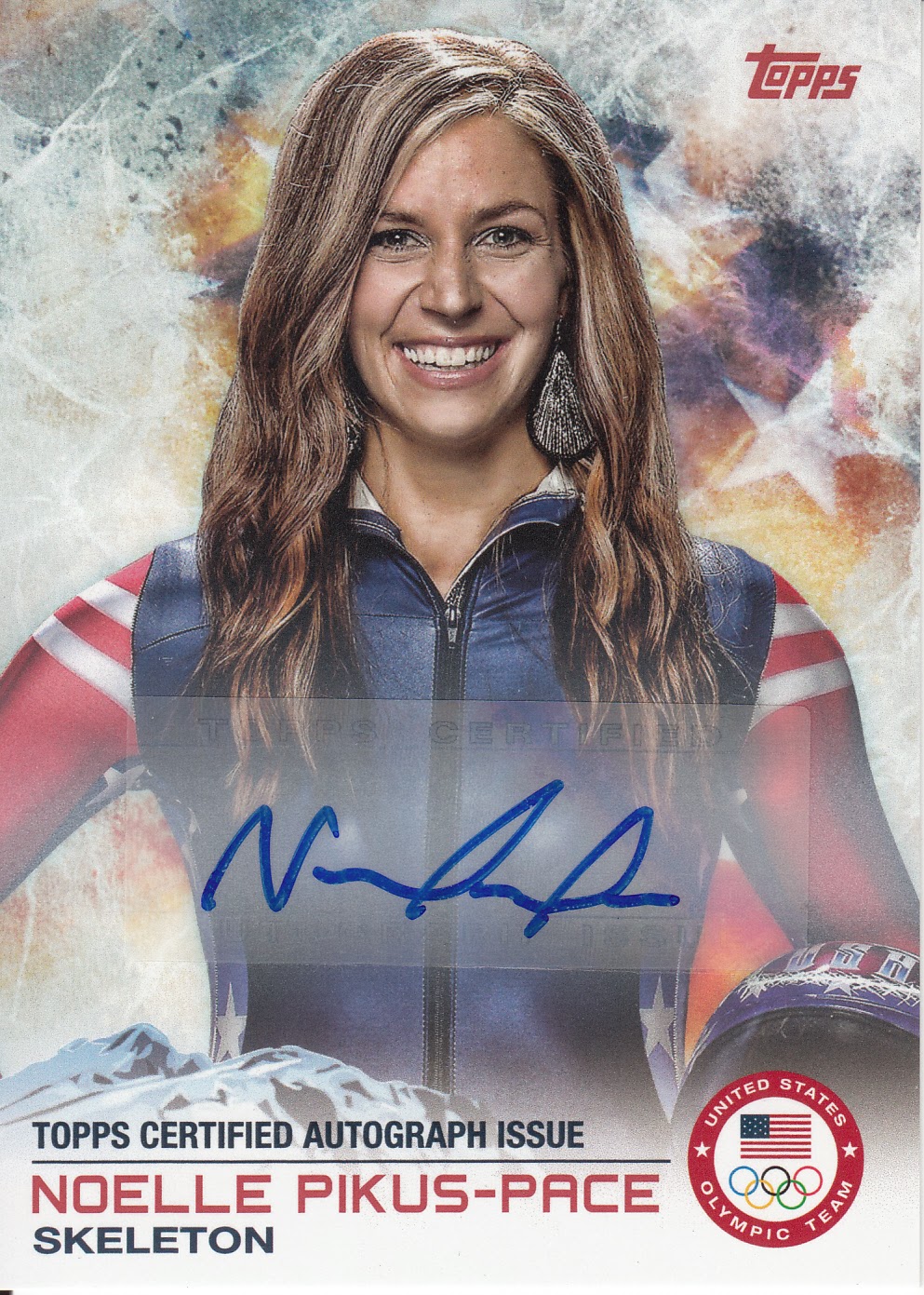 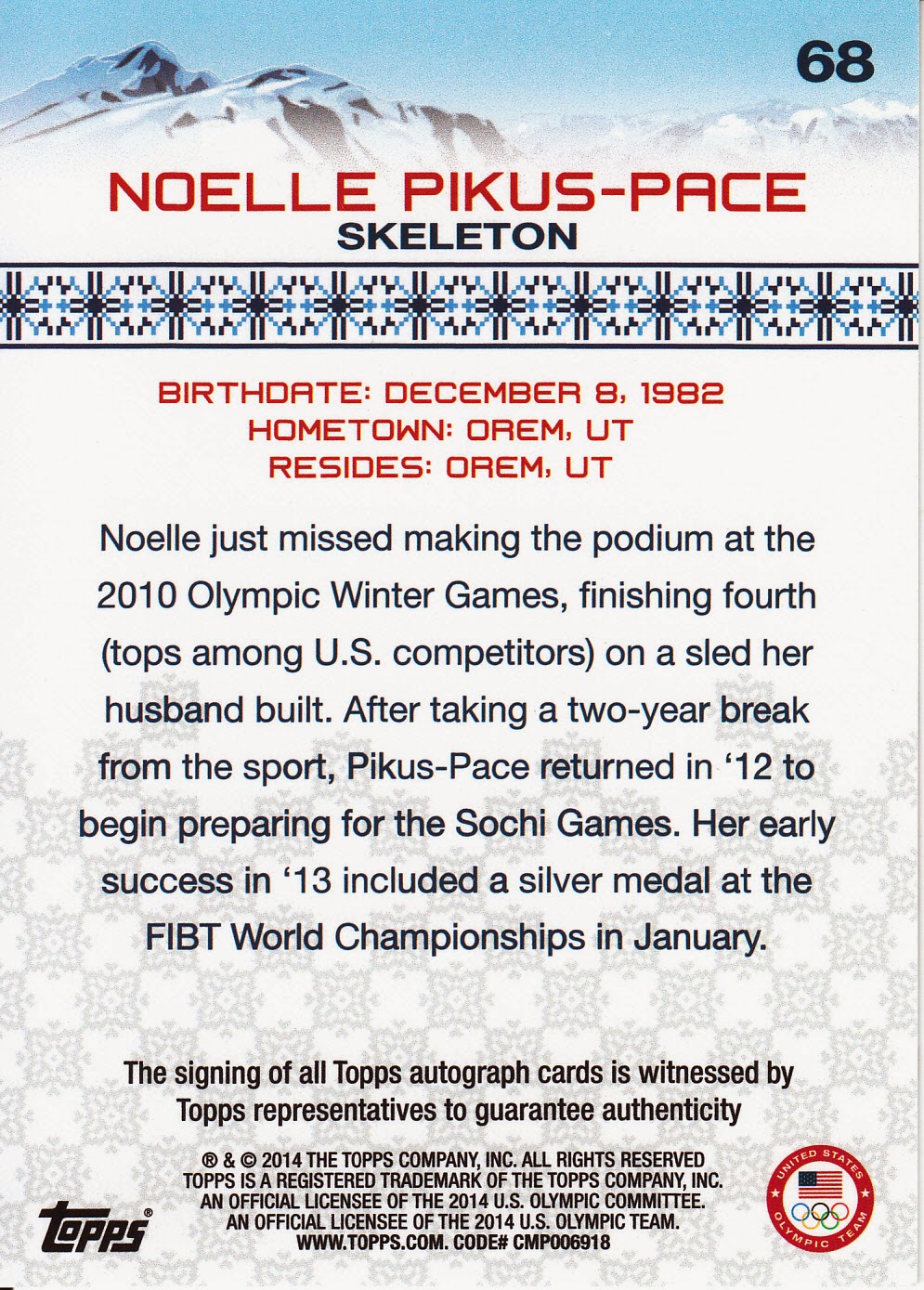 As nice as this card is (and I do have the base card) I don't own it anymore.  By the time Noelle won her medal I had sold the card on ebay.  While it was listed I found the three items below for what turned out to be just about the same amount of money I made on the card.

The 2006 Standard Catalog of Baseball Cards lists these as "1969 Tasco All-Star Collection Caricatures".  Of the 46 posters 9 are Chicago Cubs.  They're an impressive 11-1/2" x 16" and cost under a dollar when issued.  They were  sold shrinkwrapped and  backed by cardboard.  I already have the Beckert and Santo in their original state as well as three others.  They've been in my "I'll post these some day" stack.  The great thing about these three, other than that I did not have the Hundley, is that they were custom framed.  Judging by the condition they were probably framed back when they came out. 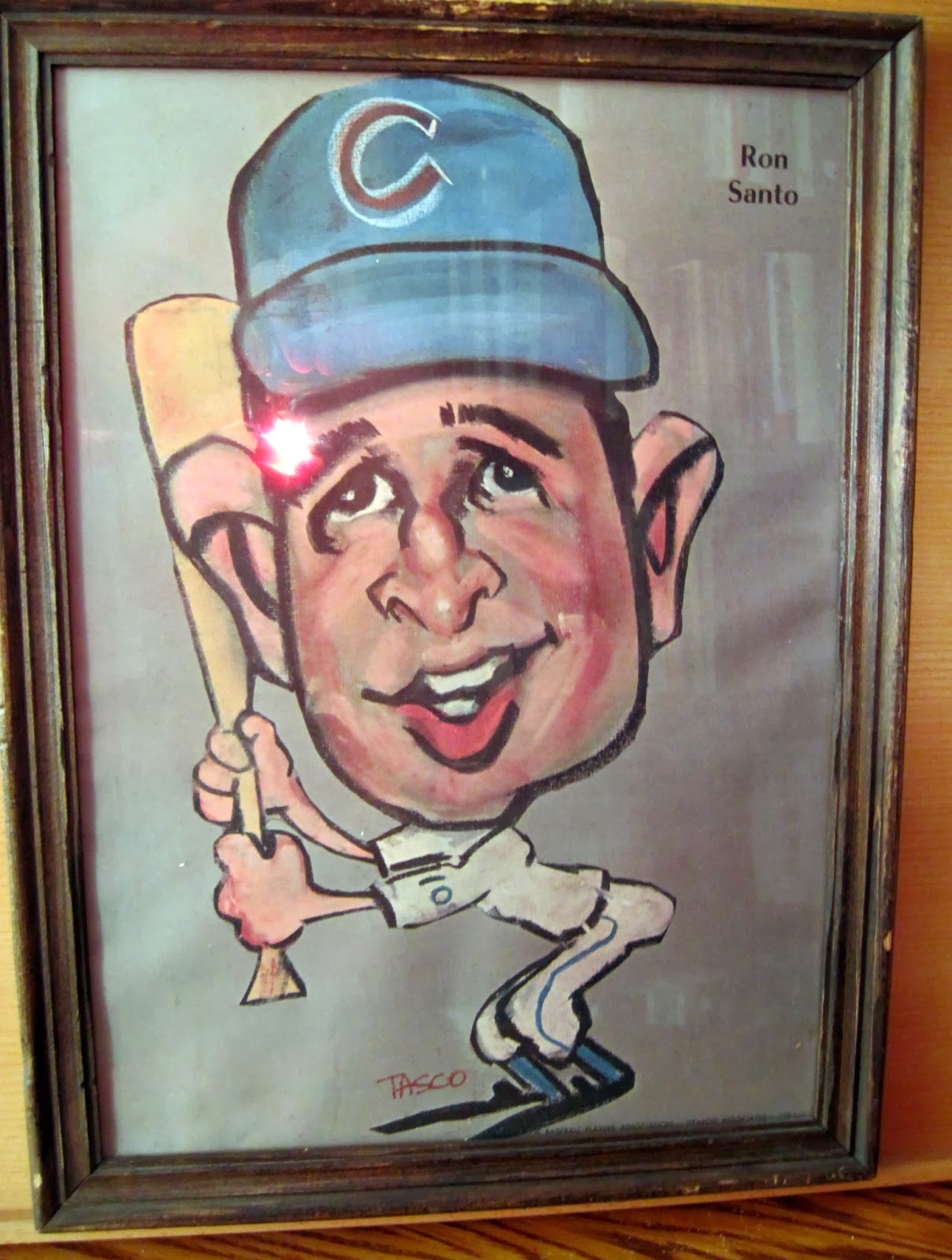 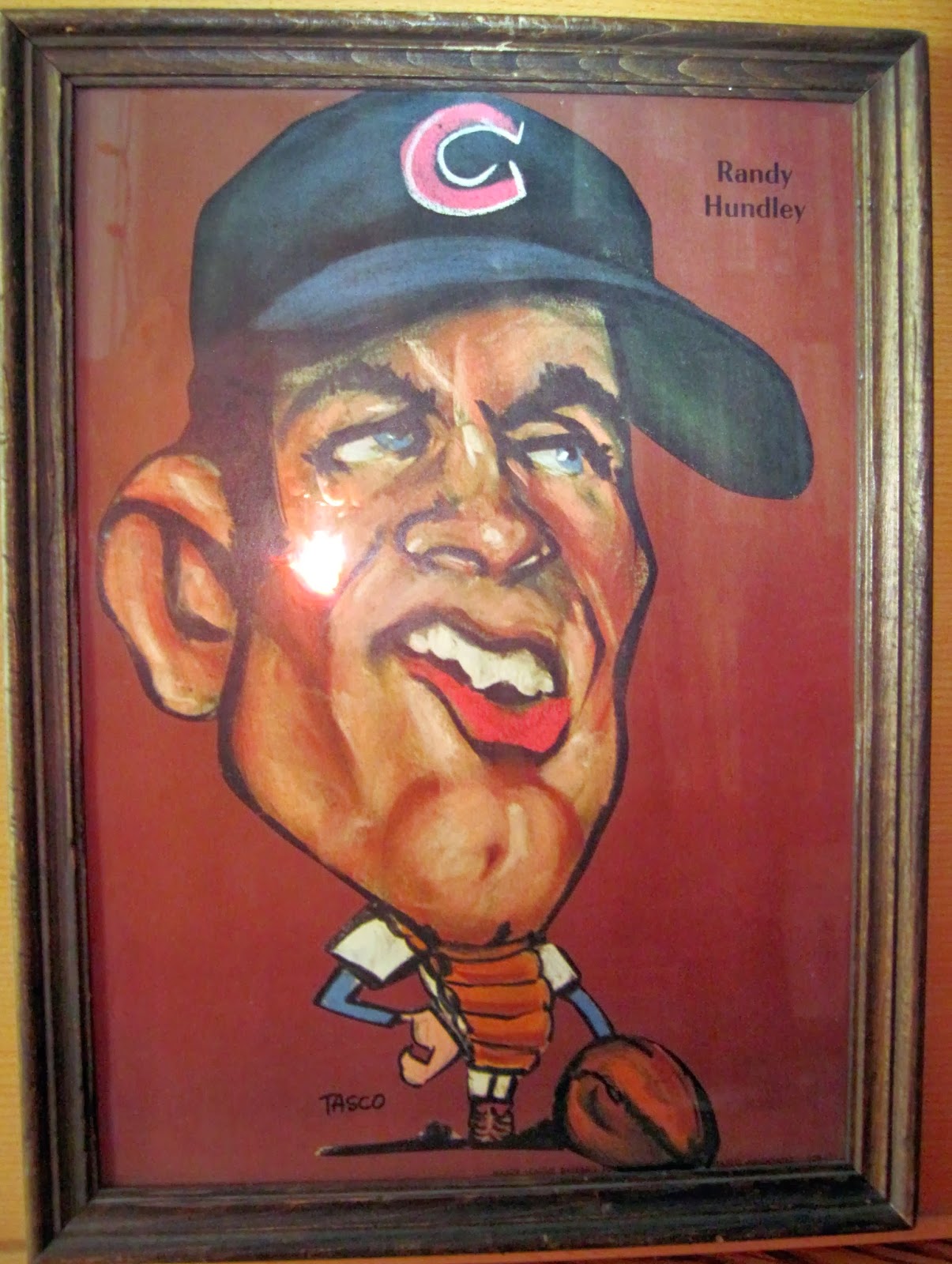 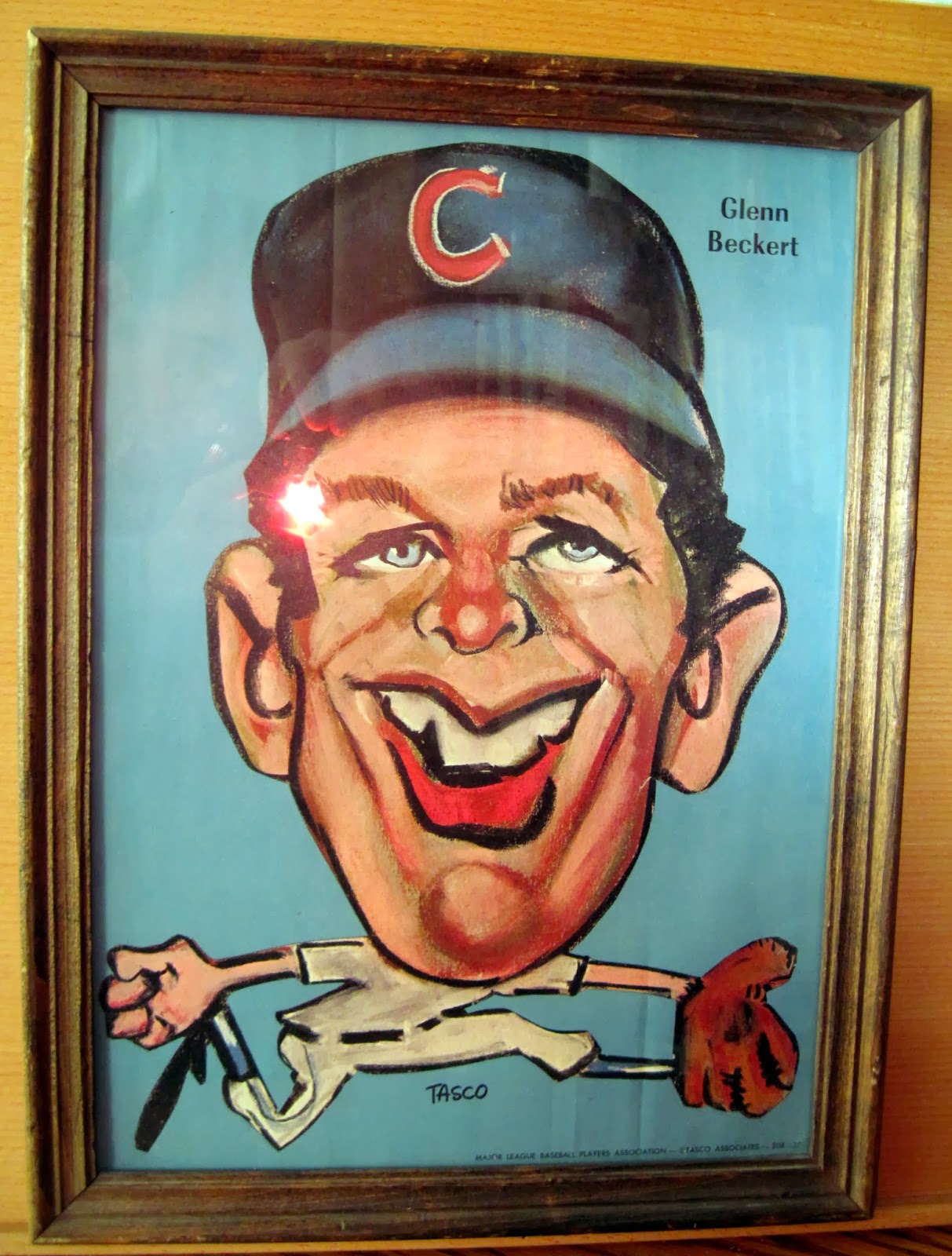 Three vintage framed posters of Cubs legends I grew up with for a sticker auto of an Olympian?  Noelle could have won gold and I'd still be happy with this "flip".  What do you think?  Do you have a favorite flip?
Posted by Hackenbush at 1:36 PM