I'm Afraid We Are Out of Badgers. Would you Accept a Wolverine in It's Place?

I'm afraid I don't have any Topps Heritage.  Would you accept some original 1969 items in it's place?

You need look no further than my header to know that I'm a Ron Santo collector.  All of these items are from that bittersweet year of "Hey, Hey Holy Mackeral" fame. 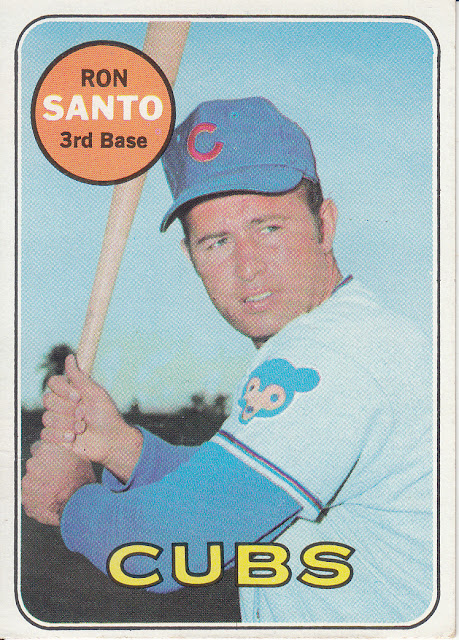 Random Fact:  We took our dog at the time to a vet in Park Ridge. 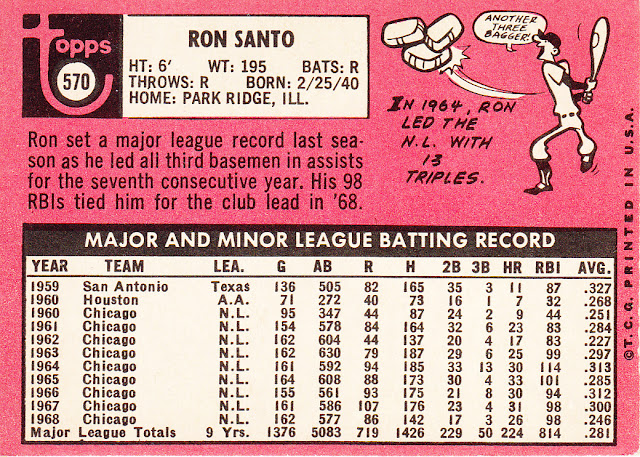 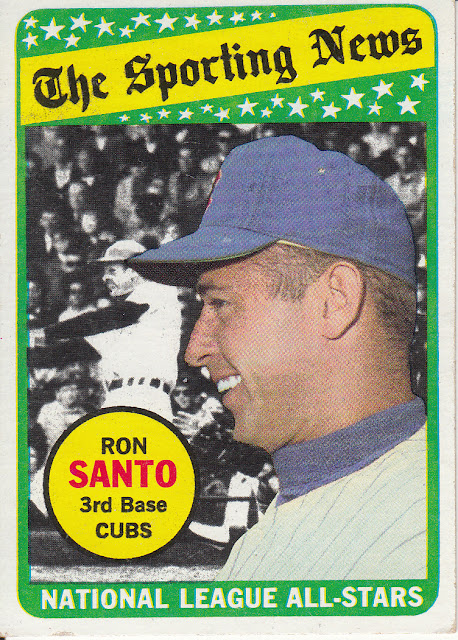 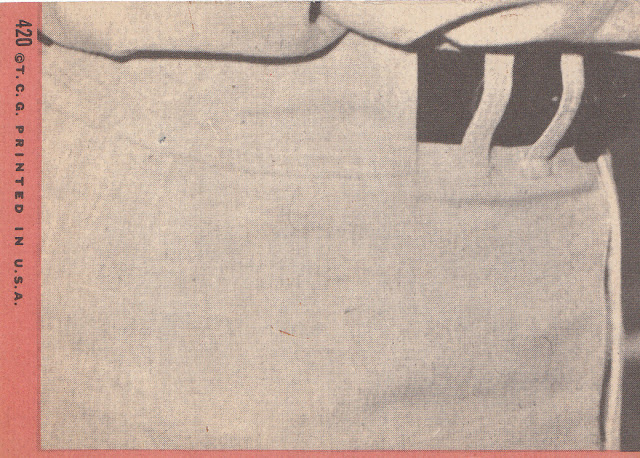 Love this one featuring two Cubs Hall of Famers (and Stretch.)  I'm pretty sure I saw Willie hit a game winning homer against the Cubs at Wrigley. 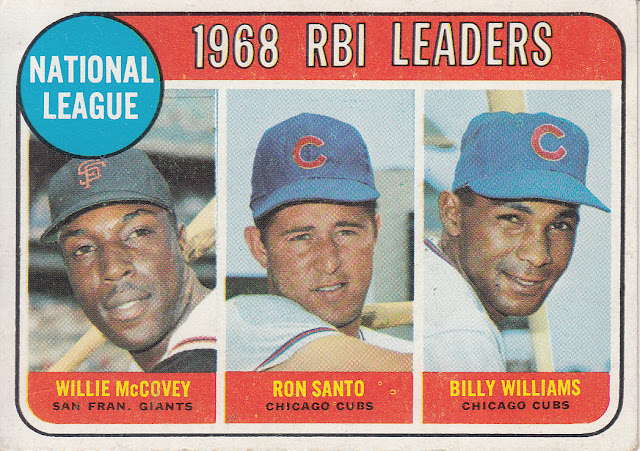 The Cubs had three of the top eight RBI leaders.  I also count eight Hall of Famers in the top eleven. 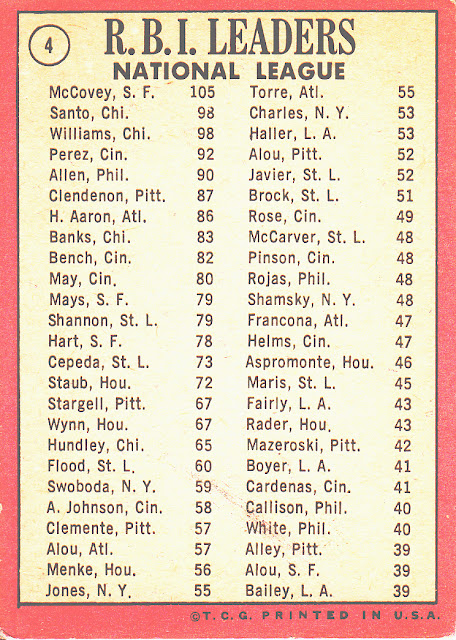 Topps went all the way back to Ron's 1961 rookie card for this image. 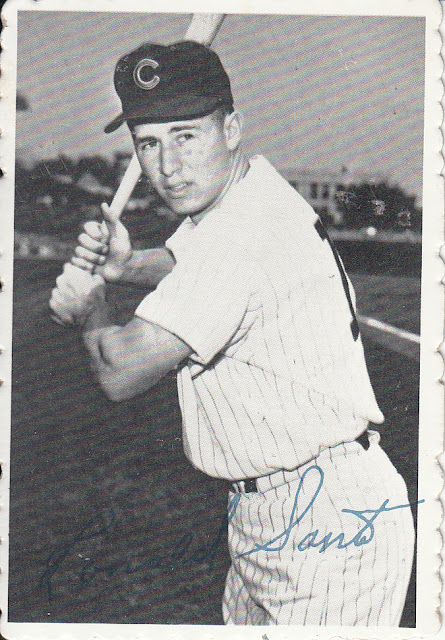 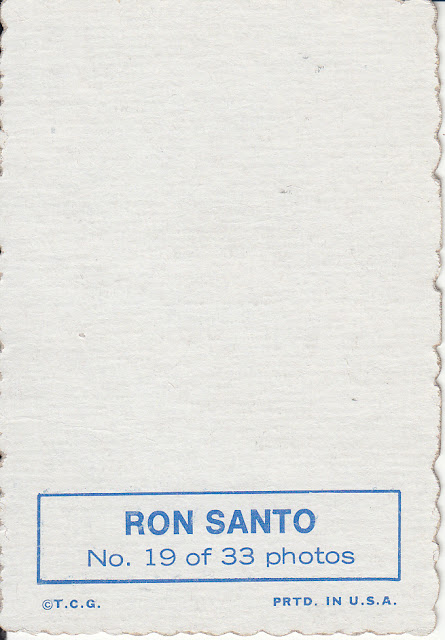 This is not my original copy.  The first one I had, that I pulled from a pack, I remember sticking on our basement wall back in 1969. 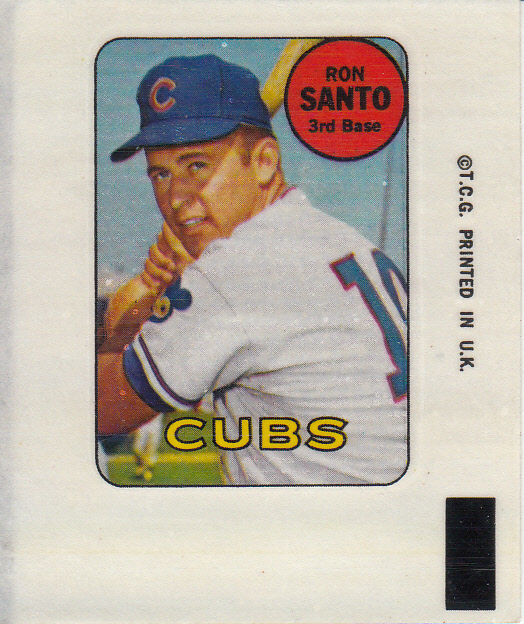 Topps paid homage to their 1969 Super set in 2016 Archives.  The originals are on the rare and pricey side.  I'm glad to have this one. 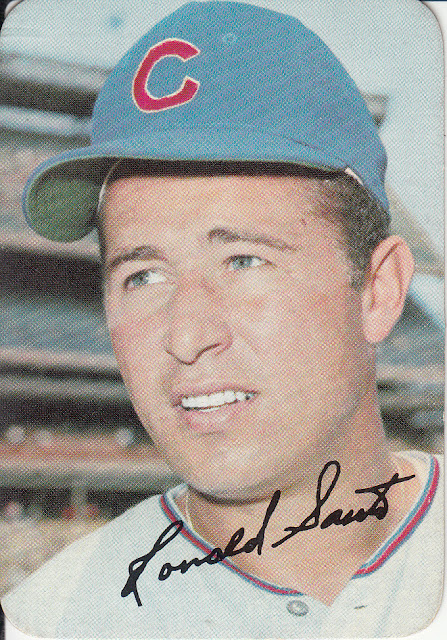 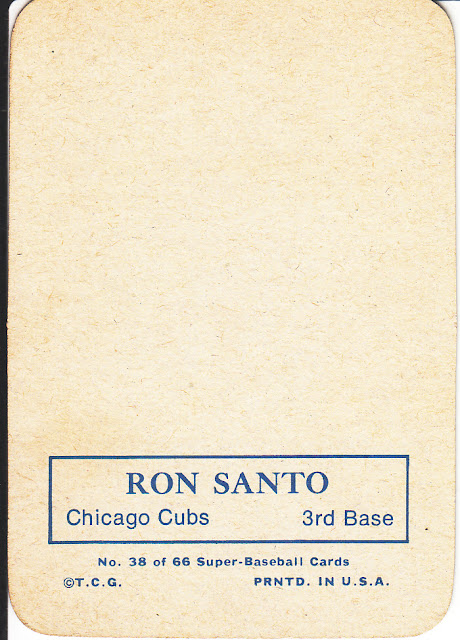 People seem a bit puzzled (as am I) but Topps rebooted Transogram cards for this year's Heritage set.  Originals of this "set" are also on the rare side. I got very lucky and noticed this one in a cheap 15 card Ron Santo lot four years ago.  Have a look. 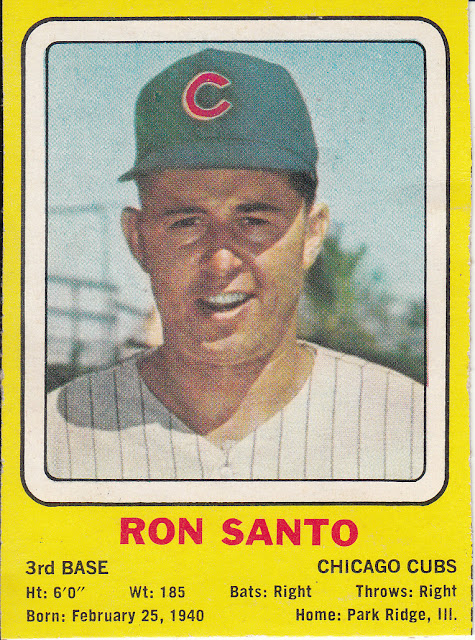 Yell-O!   Kahn's has been around forever.  You can still buy their wieners (as well as other meat products).  The cards were also issued in red stripe versions. 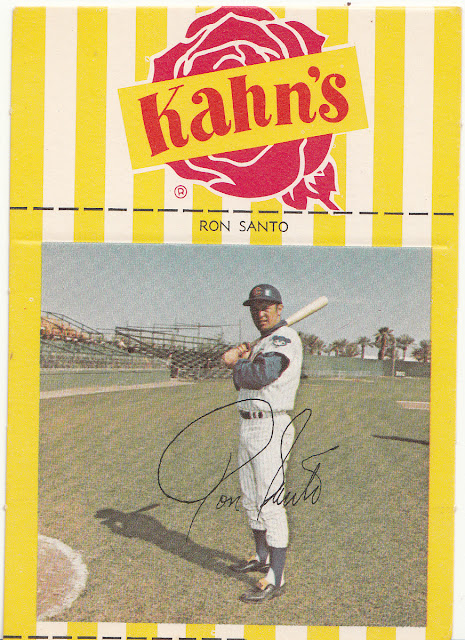 This is one of the stranger issues.  If you have any you'll know how small and flimsy they are.  Apparently they were sold as a complete set at gas stations in the south. 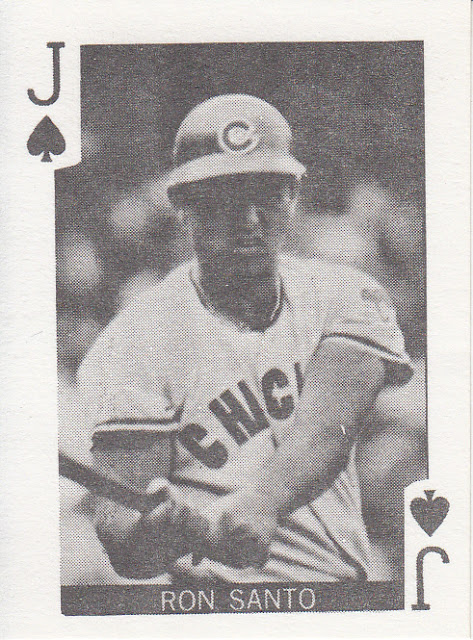 I never had the Milton Bradley card game that this card comes from.  There was a slightly different set in 1970. 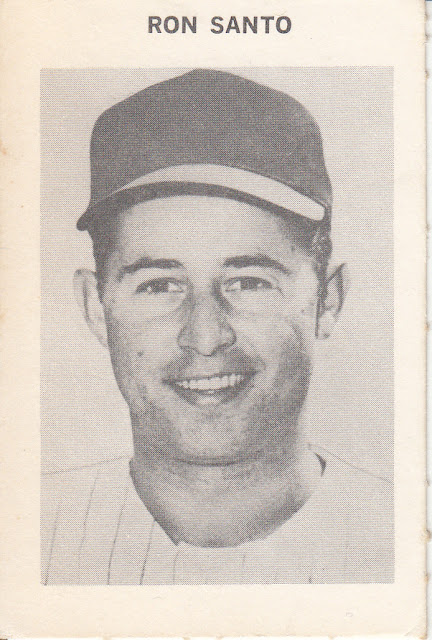 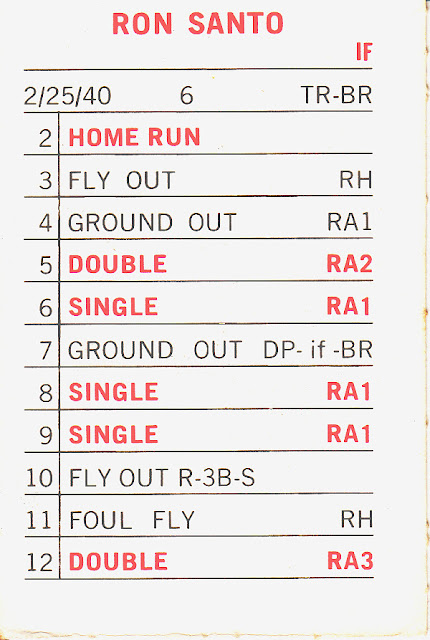 This little pin is listed as from 1969.  The Standard Catalog of Baseball Cards says that you could acquire them at gas stations in Illinois and Wisconsin (there was a Brewers set in addition to Cubs).  The odd thing is that there is a Joe Pepitone pin in the Cubs set.  Joe joined the Cubs in the summer of 1970.  Anyone clear this up?  Are they truly from late 1970?  Is the 1969 date just a lasting error? (P.S. This pin concidentally features the same image as the Milton Bradley card.) 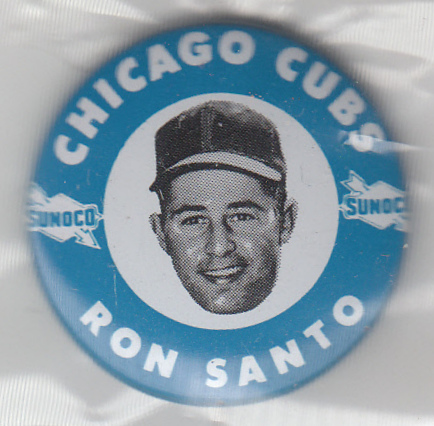 I believe these 8" x 4" bumper stickers were available at local Dunkin Donuts shops in the Chicago area.  There were six in all, Ron, Ernie Banks, Billy Williams, Glenn Beckert, Randy Hundley, and Don Kessinger.  The same six players appeared the following year on a different design that featured the phrase, "Cubs are no.1.

I know I have at least a couple other 1969 issues including a Citgo coin and a Topps stamp.  They are currently awol.