Cubbies of My Youth -- Hall of Fame Relics

Opinions vary about relic cards.  Like in all aspects of our hobby you should collect whatever you enjoy.  I have a box of over 200 relics, predominantly of baseball players.  I accumulated most of them in the early years of my return to collecting in the early 2010's.  Here are my favorites from the four Cubs Hall of Fame members who played together in the 1960's.


If I were going to build a relic set I'd probably start with this one.  What's not to like?  I love this one for the early photo, though it's from a year earlier than the award.  Also it has an unusual relic.  How many dugout jacket pieces to you see. 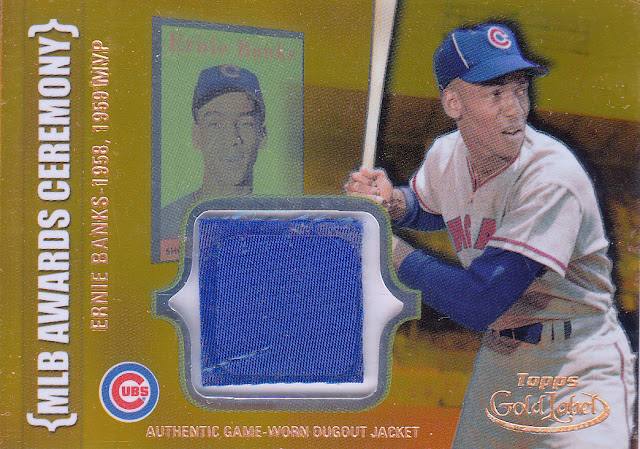 Here's another with a great early photo.  What I always like to see is a flannel swatch.  At least I can imagine it wasn't worn during an old-timers game. 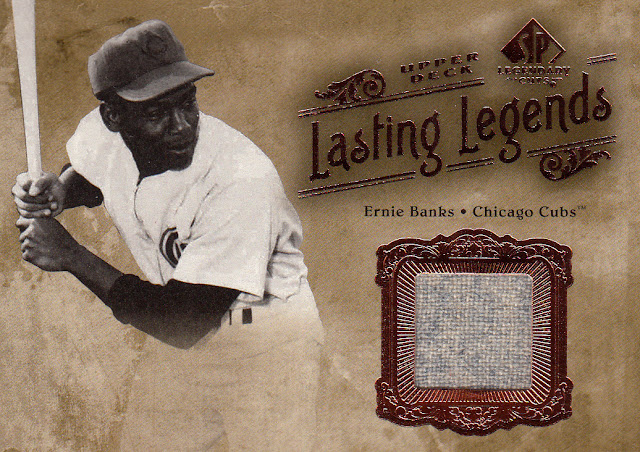 Another nice photo.  Notice that the card in the background matches the year of the award.  Excellent! 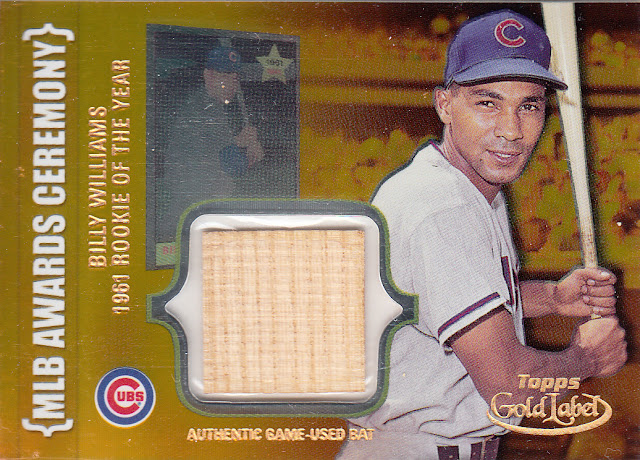 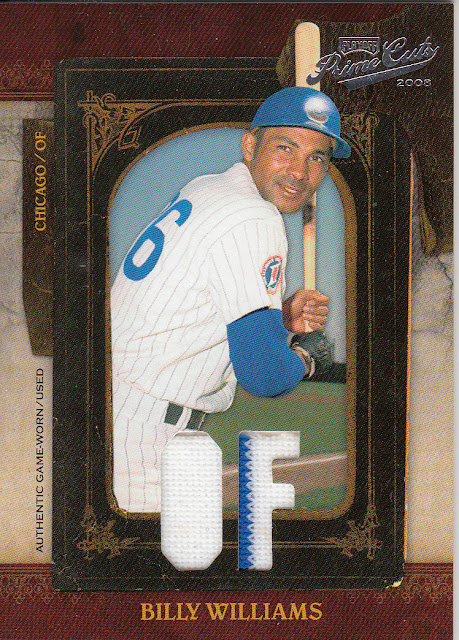 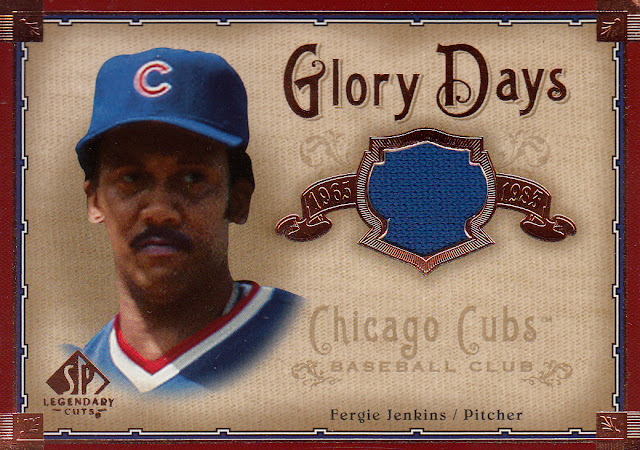 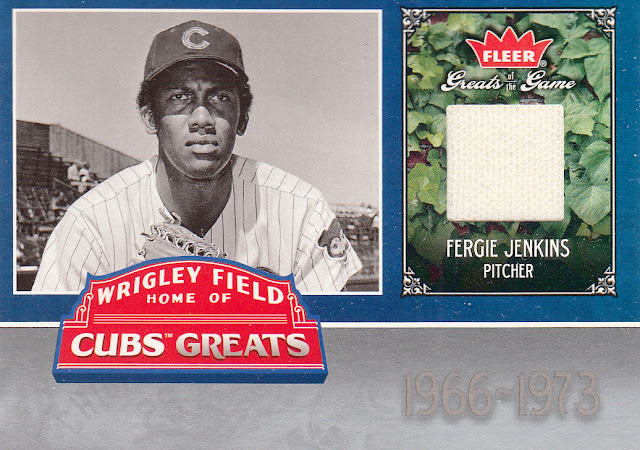 Not sure when this one was worn but it's big and is one of only 10. 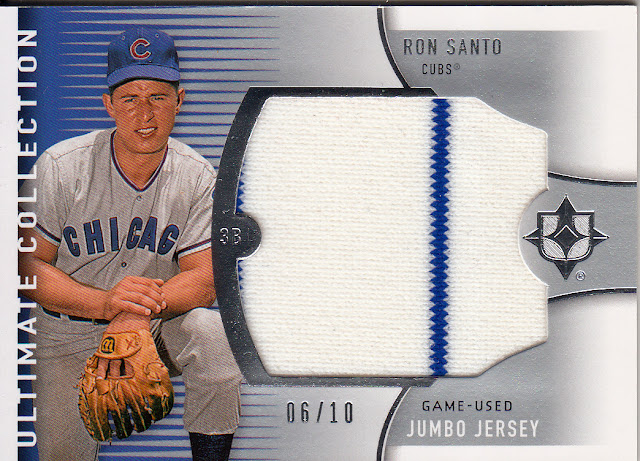 This card would be good even without the relic.  Wish I had that bat Ron's holding. 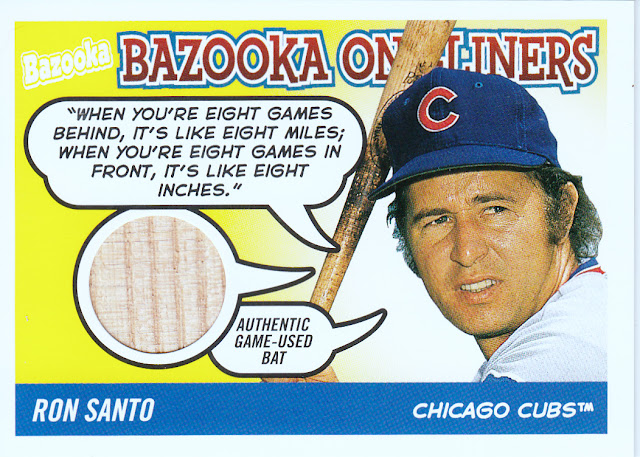 A bonus dual relic.  Could have made this a triple relic card.  Billy Williams also reached 1,250 RBI.  Ernie is first but Williams had more than Santo.  All three have their devoted fans.  I'm a Santo guy.  I think I have in the neighborhood of 30 of his relic cards. 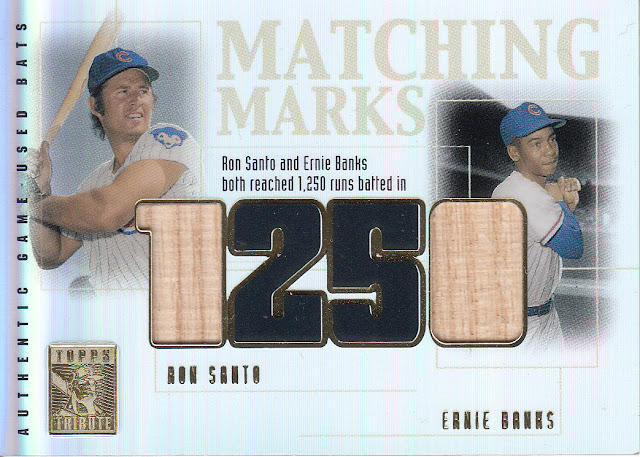 Here are all the backs. 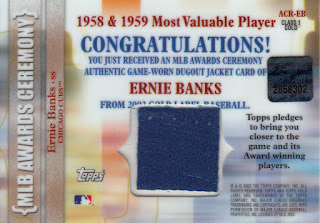 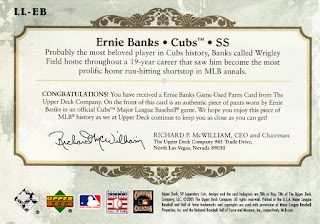 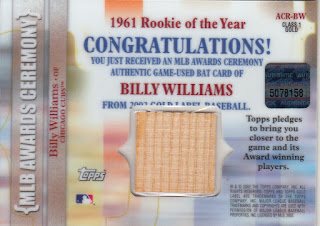 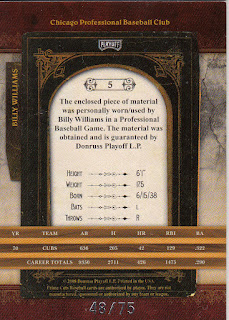 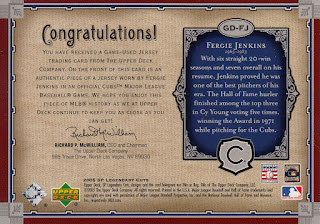 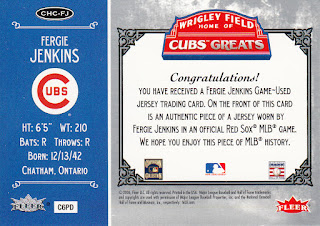 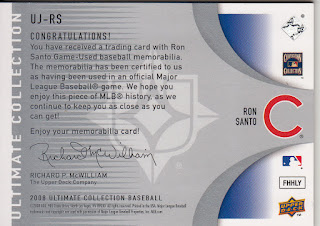 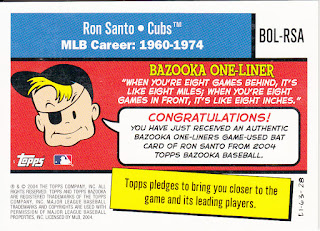 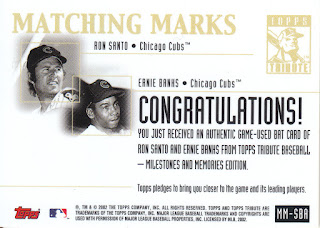