A Real Piece of Americana

I'm currently reading historian Arthur M. Schlesinger's volume of "Journals, 1952-2000".  In it he records a brief anecdote that includes the three men pictured below in the 1992 Starline Americana set.

"After Anwar Sadat's funeral in 1981 -- at President Reagan's request, Nixon, Ford and Carter went together -- Kissinger told Schlesinger, "As soon as we got into the plane, Nixon was his old self again, trying to manipulate everybody and everything, dropping poisonous remarks, doing his best to set people against each other. Later, when we were in a car by ourselves, Ford said to me, 'Sometimes I wish I had never pardoned that son of a bitch.' " 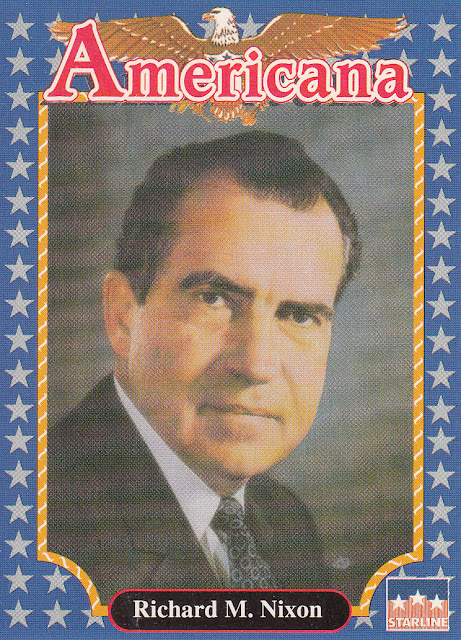 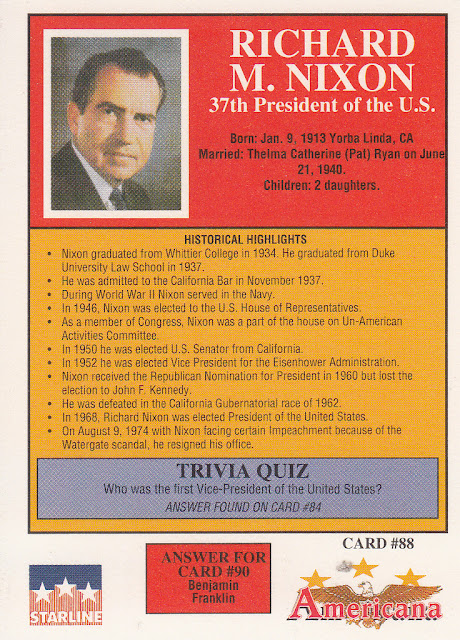 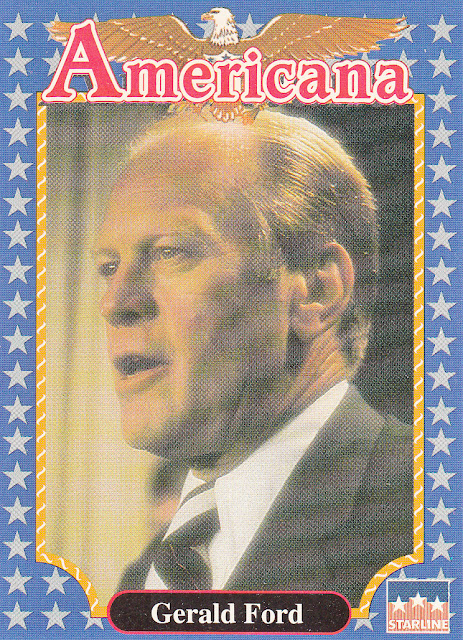 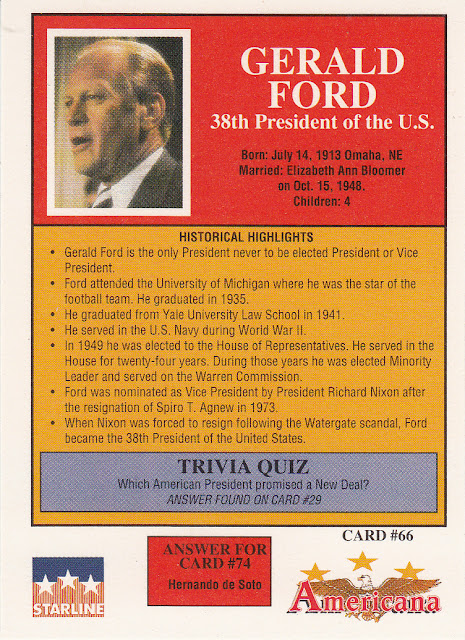 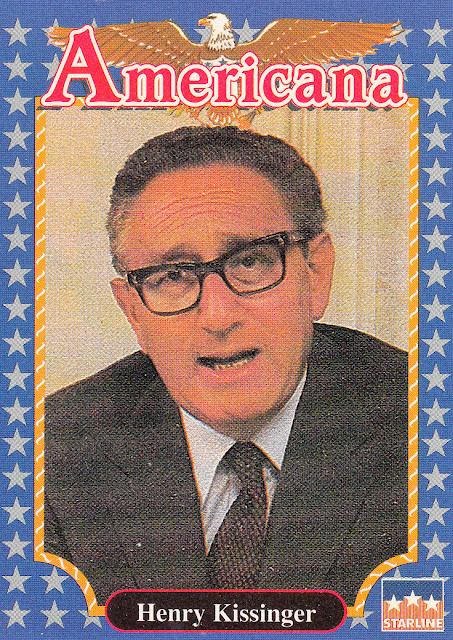 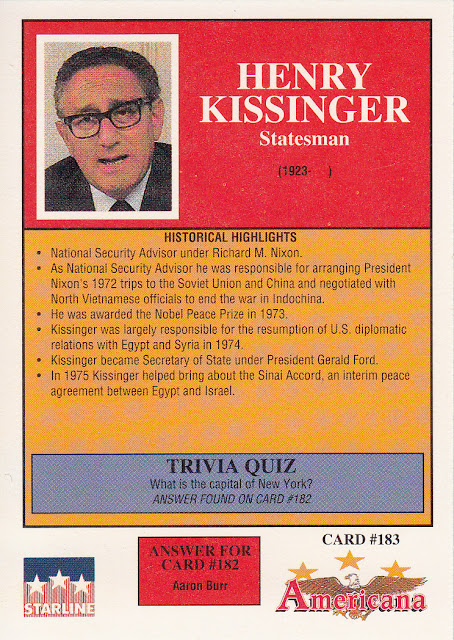