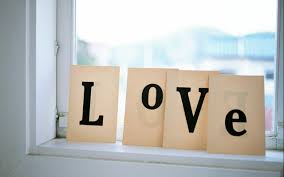 Well, the Cleveland Cavaliers are going to the second round of the NBA playoffs, so you might be thinking about Kevin Love.  He's out four to six months after having undergone shoulder surgery.  This photo makes me a little uncomfortable.

It's NFL Draft week so you might be thinking of Bucs head coach Lovie Smith.  I got really tired of his super laid back demeanor when he was with the Bears. 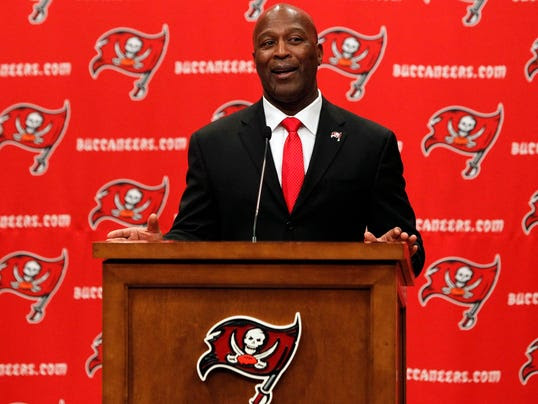 Summer's not too far off so you might be thinking of Mike Love of The Beach Boys.  And wow, his nephew is the aformentioned Kevin!
I woudn't blame you if you pictured Jennifer Love Hewitt.  Oh heck, I'm married but I'm not blind.  I'll picture her myself.  Join me, won't you?

Well, what really made me think of love was my recent acquisition of this 2012-13 Panini Prefferred autographed card of Chicago Bulls legend Bob "Butterbean" Love.  While not quite a "white whale" I have been looking for quite a while for an affordable autographed card.  I finally found this one.  It's nice looking and is on-card.  It's even serial numbered. 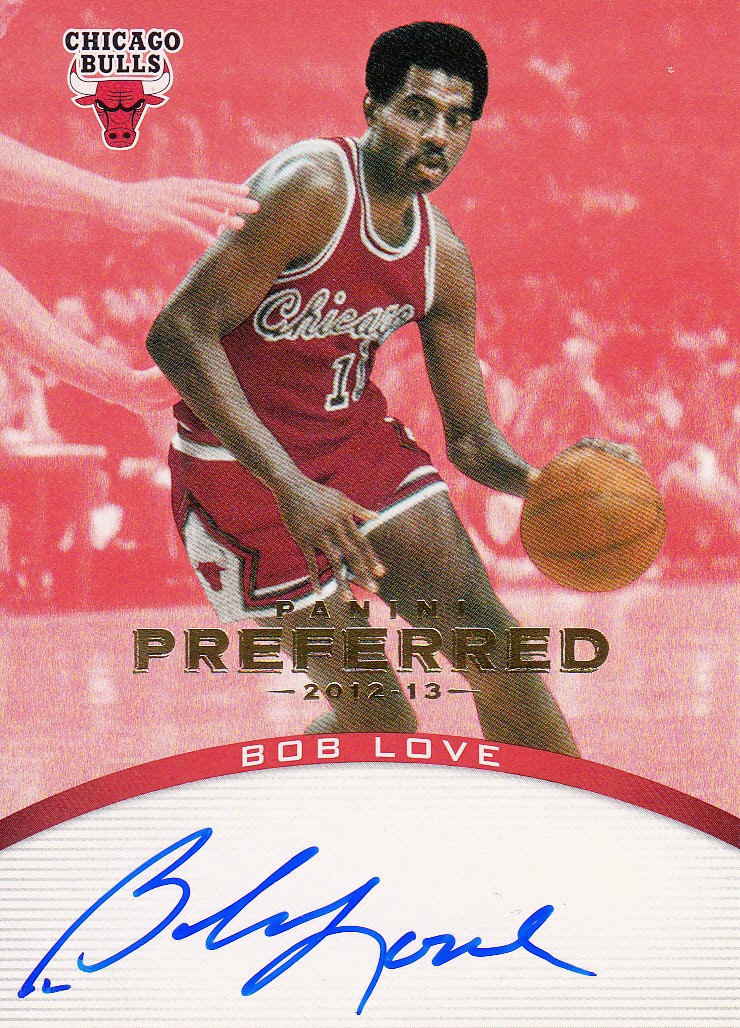 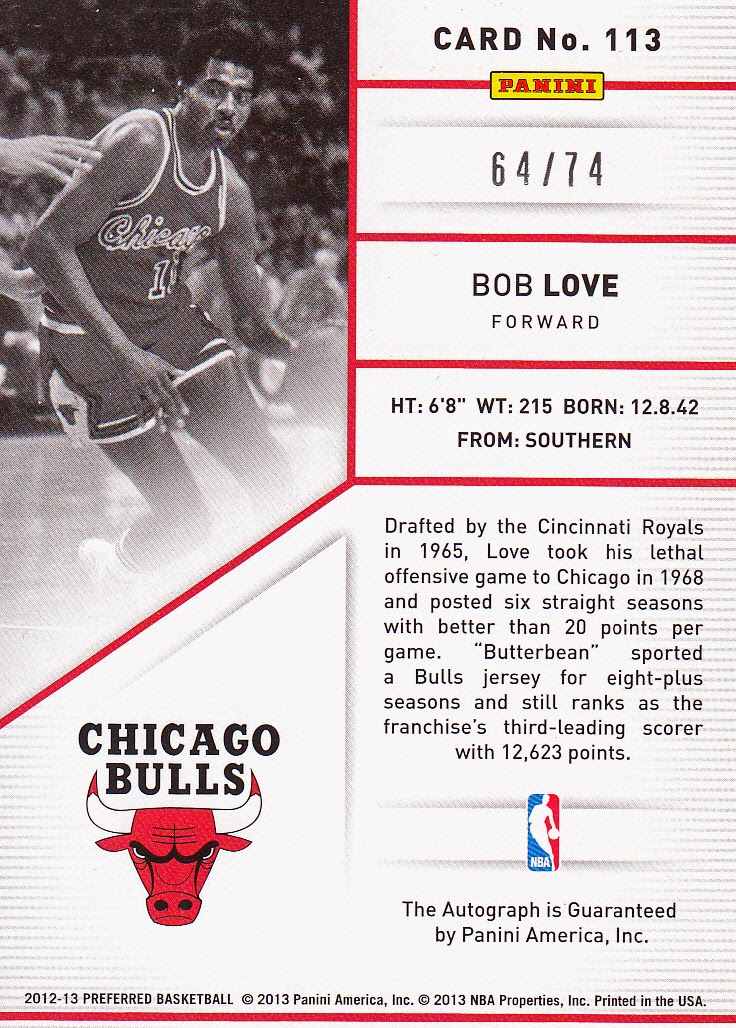 This is my copy of Bob's 1972-73 card, still almost as fresh as when I pulled it from a pack during the Nixon administration.  Bob is third all-time in scoring for the Bulls behind Jordan and Pippen. 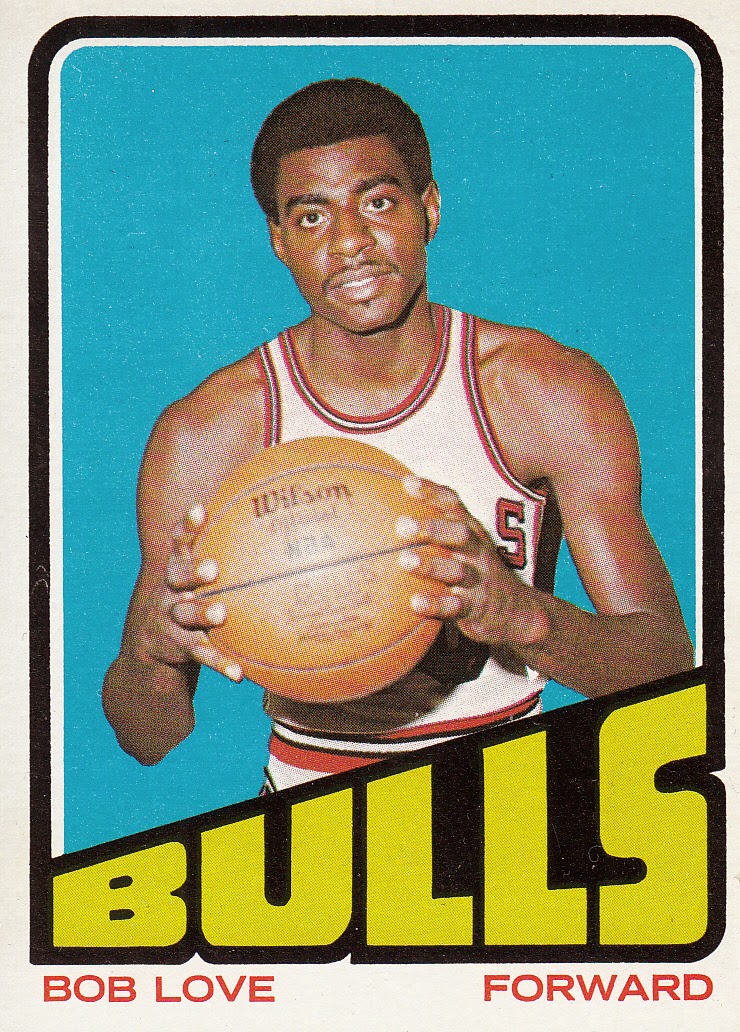 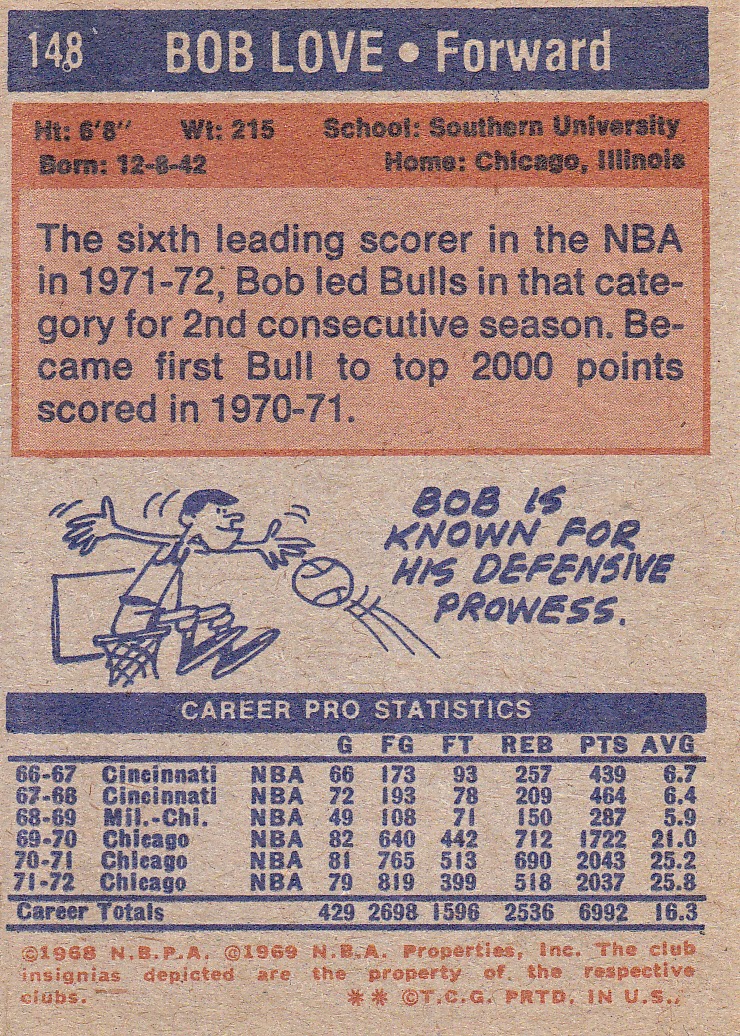 Posted by Hackenbush at 5:15 PM