It's the White Sox But I Still Like It

I just picked up this signed 8x10 glossy photo of Ron Santo.  Ronnie hated his time with the Sox so much that he walked away from a guaranteed year's pay at a substantial sum rather than play out his contract in 1975.  Nevertheless, this photo does represent the last chapter in his Hall of Fame career.  It's a nice portrait with an inscription and I do like it.  Do you have a favorite player who switched teams late in his career?  Do you make a distinction when collecting? 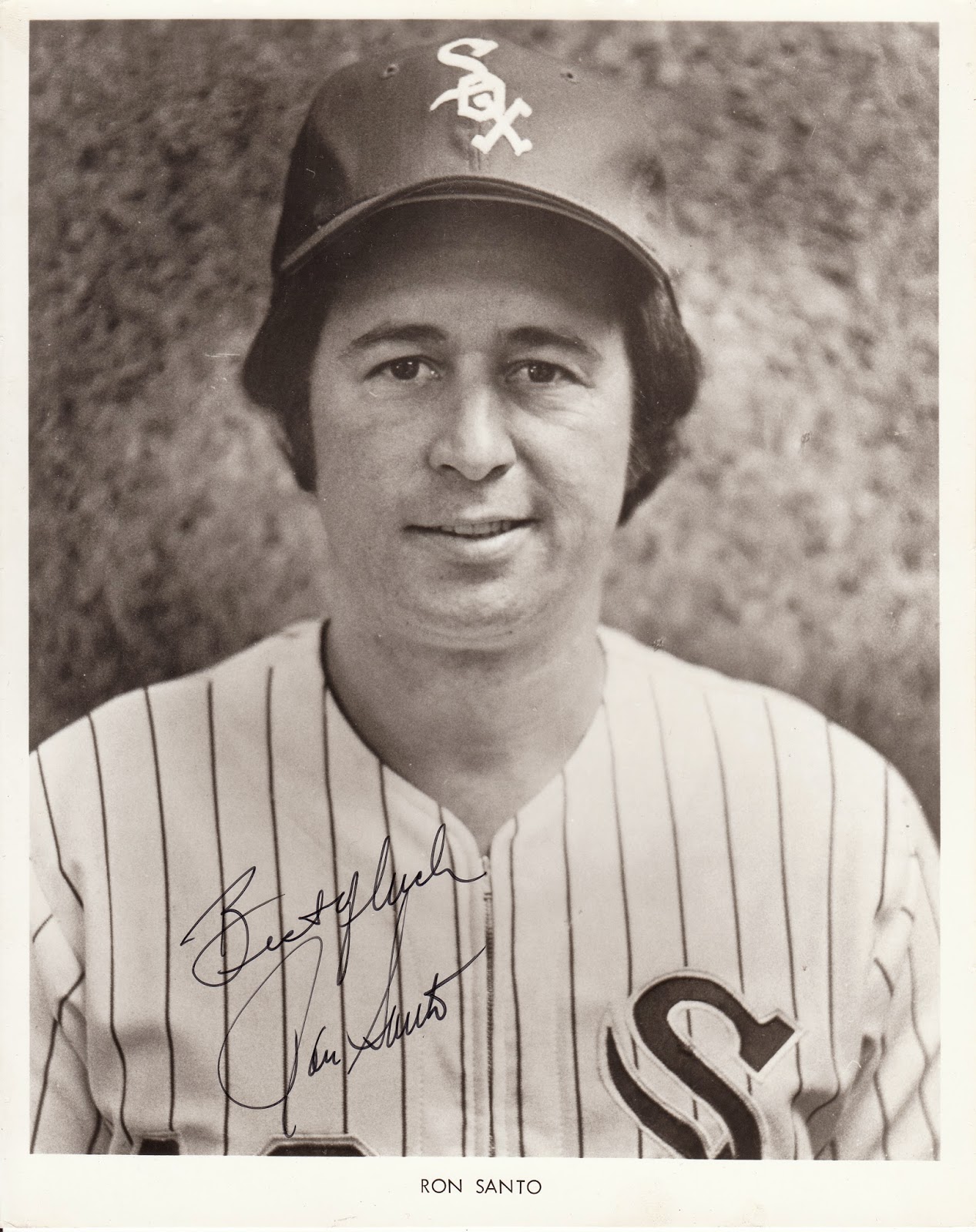 Posted by Hackenbush at 9:07 AM