Howard Megdal's, The Baseball Talmud ranks Buddy Myer as the fifth best Jewish baseball player of all time and the #1 second baseman.  His 2.131 hits puts him at the top of the all-time list (Shawn Green is second).  Bill James reported that Myer told his local paper near the end of his life that he was not Jewish at all but it has be accepted by most sources that his father, Charles Solomon Myer was Jewish though his mother Maud was not.

All that aside I recently added this beautiful 1934-36 Diamond Stars card to my collection.  Jew or not Jew I still like my little Buddy. 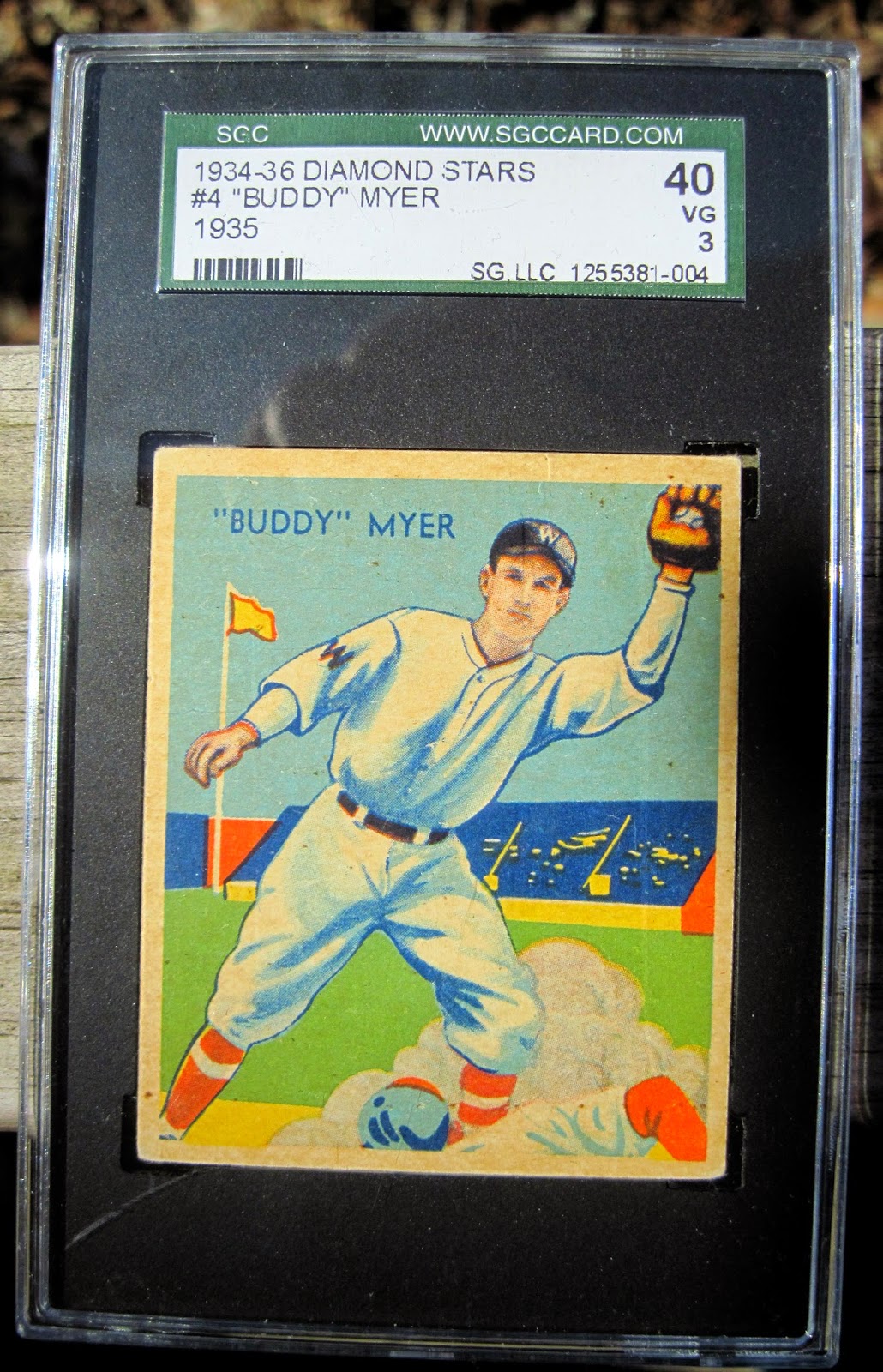 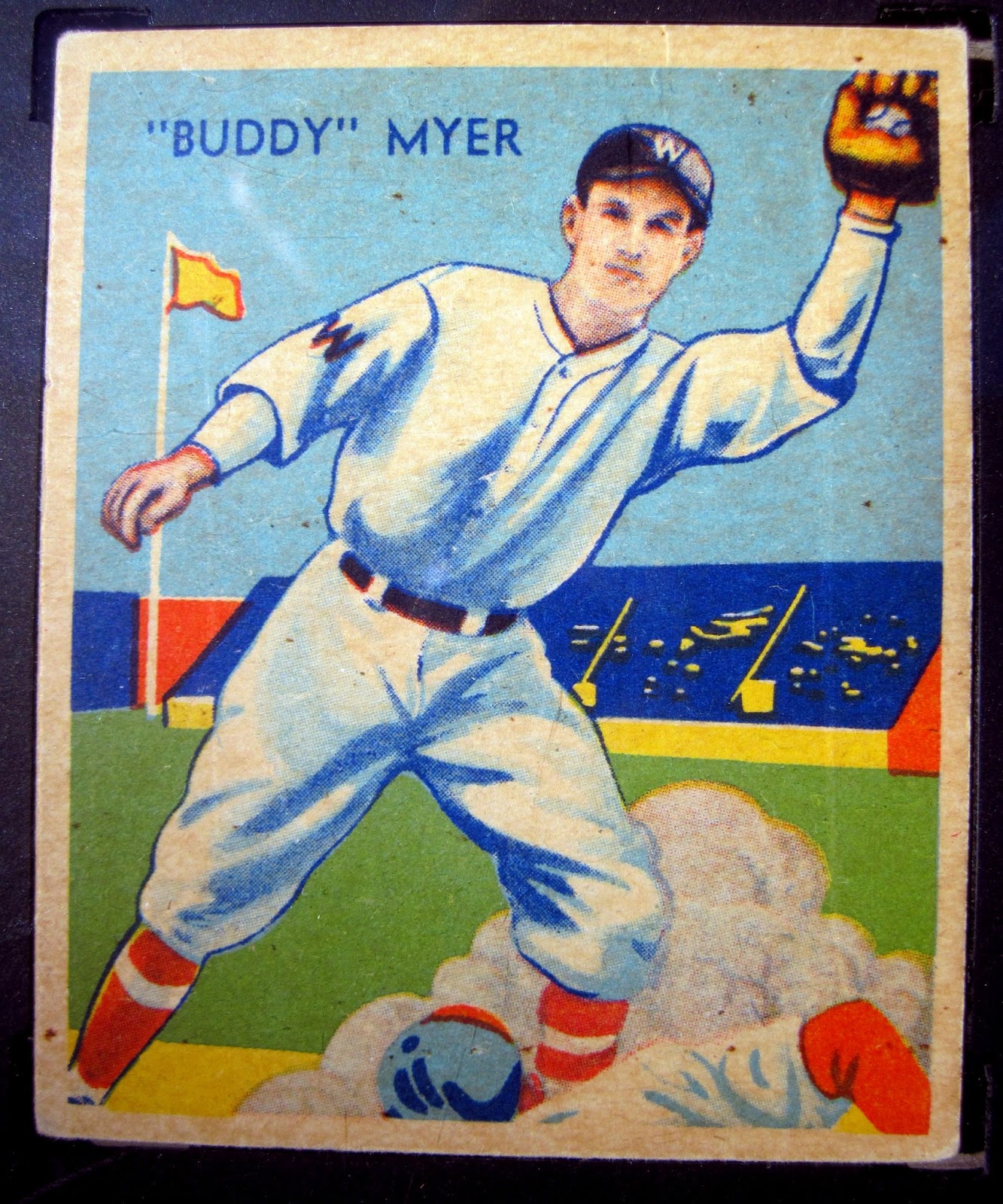 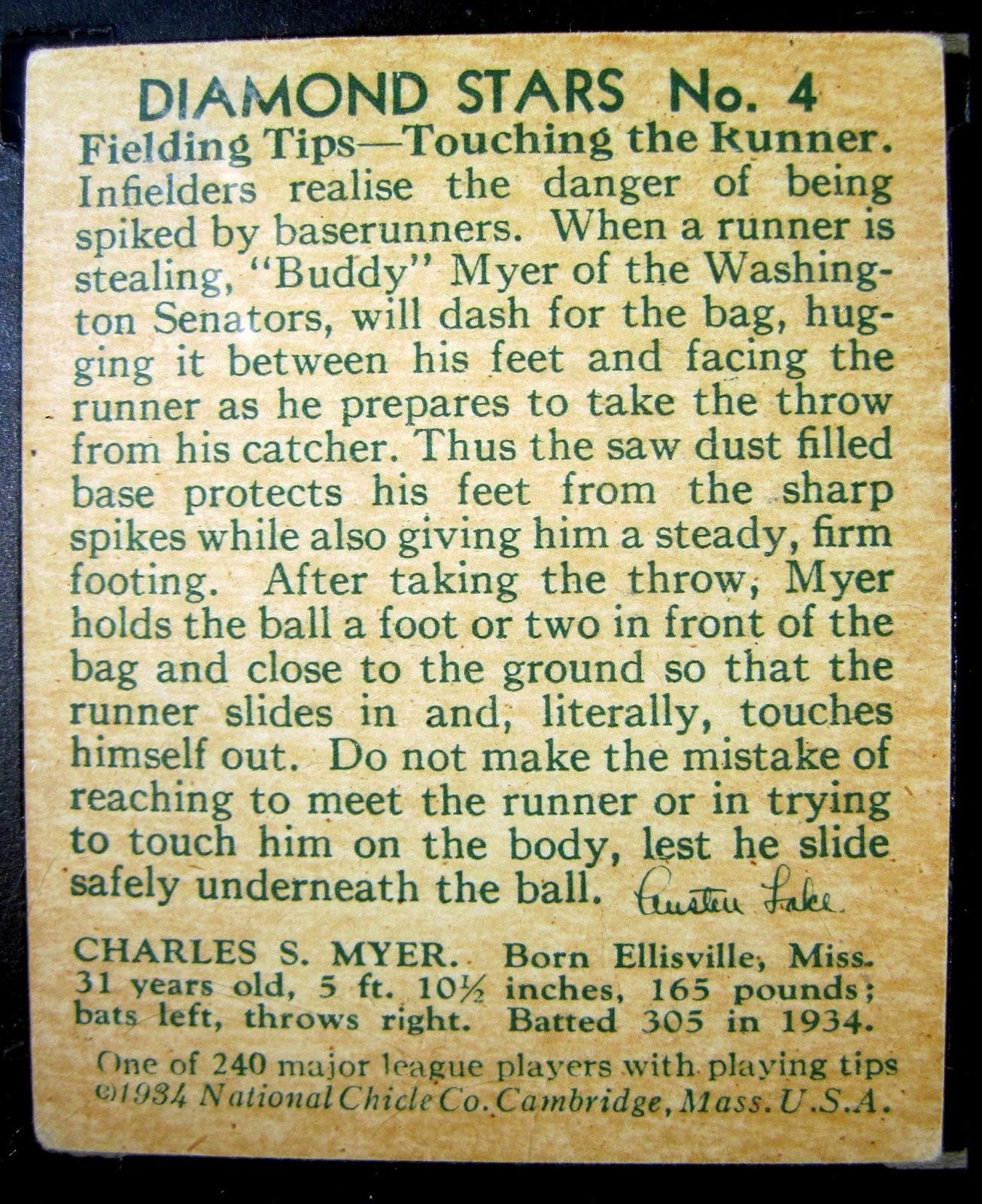 Posted by Hackenbush at 5:37 PM