There are very few boxes left to check off on my vintage Ron Santo list.  This was one of them.  It's from the 1969 set called called Topps Super but unlike the next two years' versions this one is not super-sized.  In fact it's about 1/4 inch smaller in each direction than a regular card.  I believe the "super" refers more to the gloss than anything.  My copy doesn't seem too glossy and I've never seen another one in person so I'm not too sure.  Anyone have a really nice one?  According to Beckett the cards were a stand alone set issued in cello packs of three.  I'm not certain of the rarity of these cards but I know I've only seen the Santo come up on Ebay a few times.  There's currently  a PSA 9 copy being offered for a BIN price of $149.95. (Update: sold just after I posted this.)  Mine suffers from a few surface scratches but I paid way less than that. 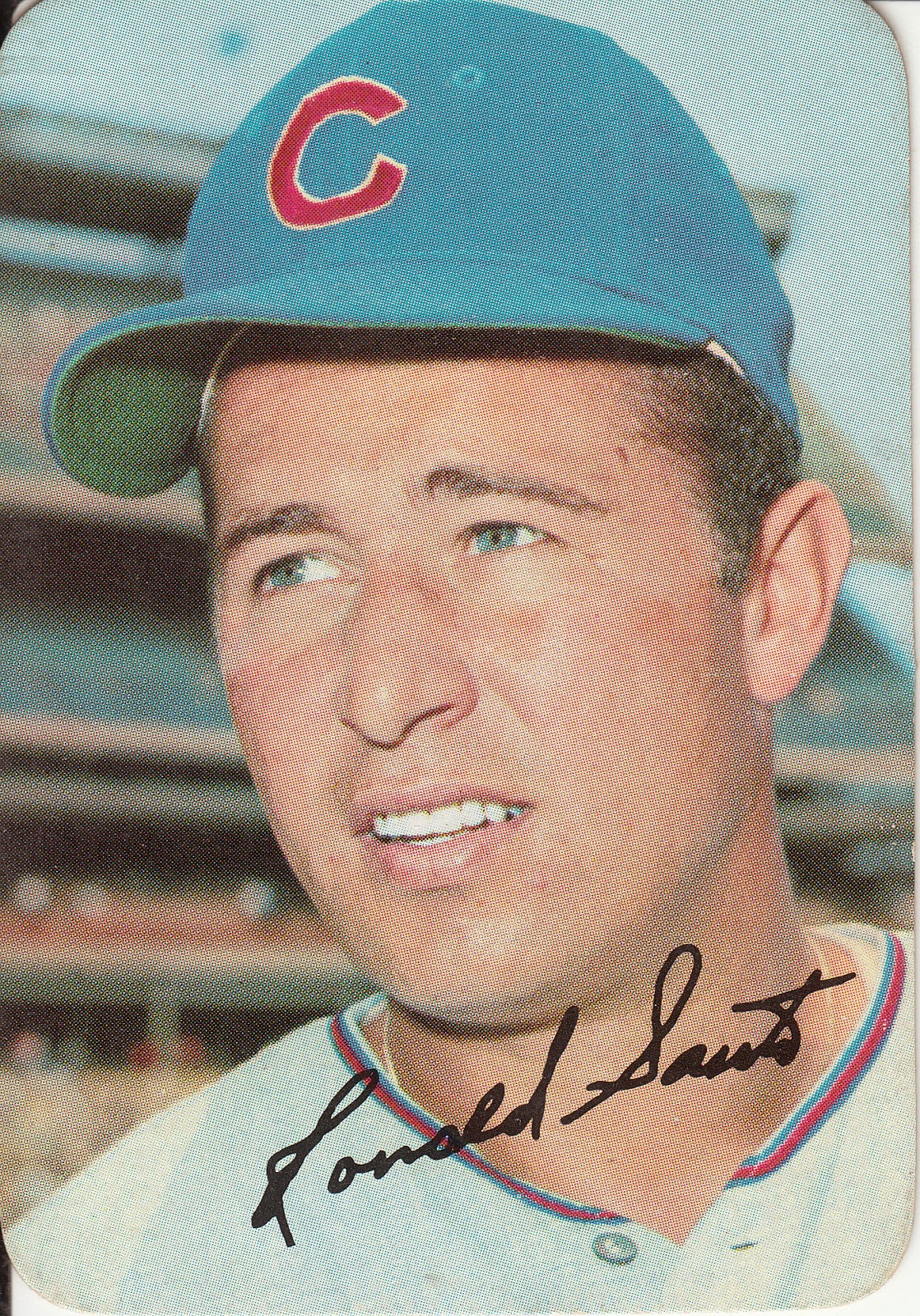 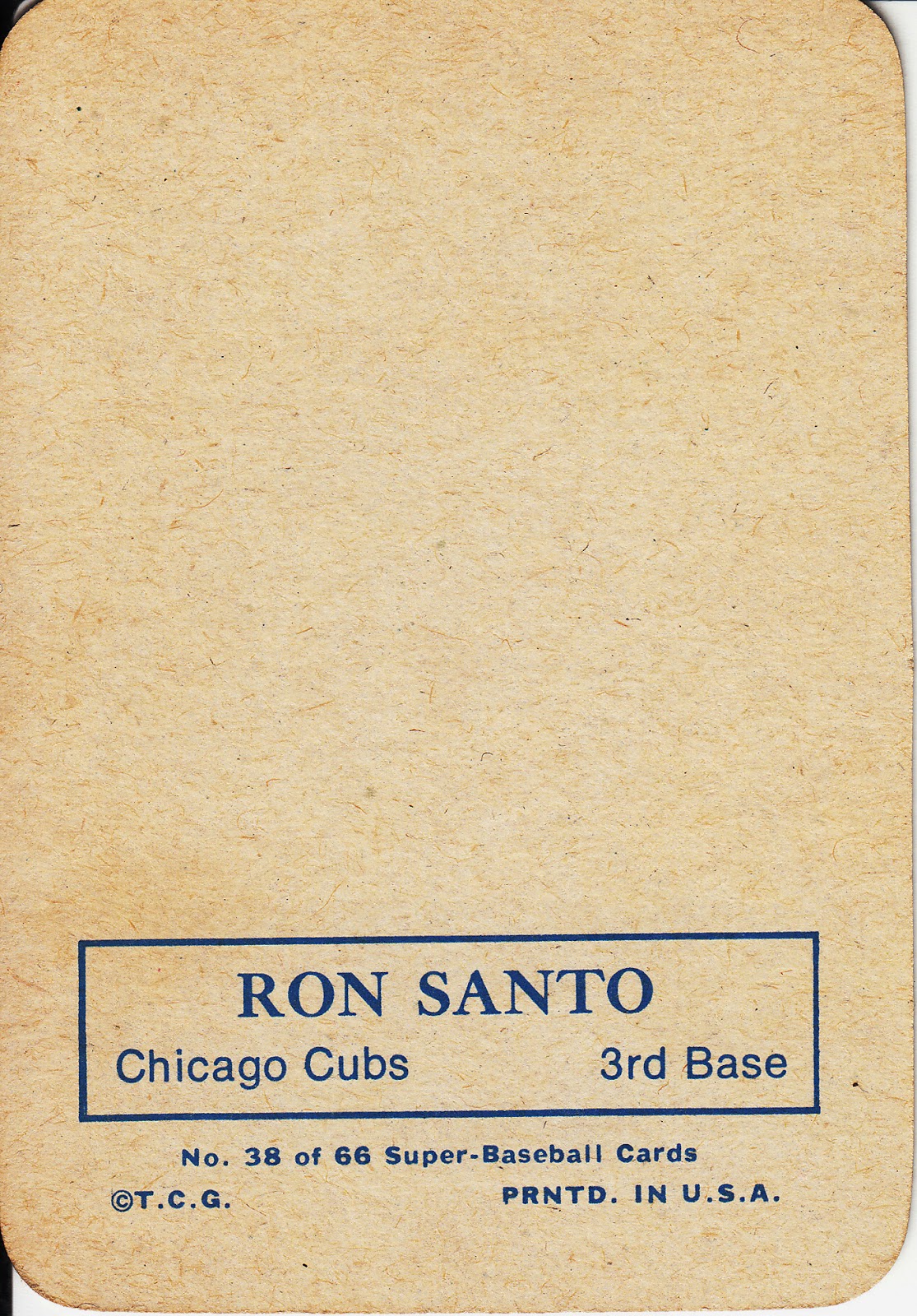 Posted by Hackenbush at 5:02 PM