In 2013 Topps Archives included an insert set of 15 4 in 1 sticker cards paying homage to the the 1969 test issue.  The original set is comprised of 25 cards, 100 stickers, all taken from the original Topps sets' Series 2.  The big guns were Willie Mays, Pete Rose, Bob Gibson, and Carl Yastrzemski along with the 1968 World Series cards.  There were four Cubs, manager Leo Durocher, outfielder Willie Smith, second baseman Glenn Beckert and and pitcher Bill Hands.  Oh look, that's Bill Hands right below.  I actually didn't realize it at first but the Ebay seller I won this from was none other than Matthew of the Number 5 Type Collection.  Glad to support a fellow blogger especially when he's selling rare 1969 Cubs cards at reasonable prices.  I'll probably never own another of these cards but I'm happy to have the one. 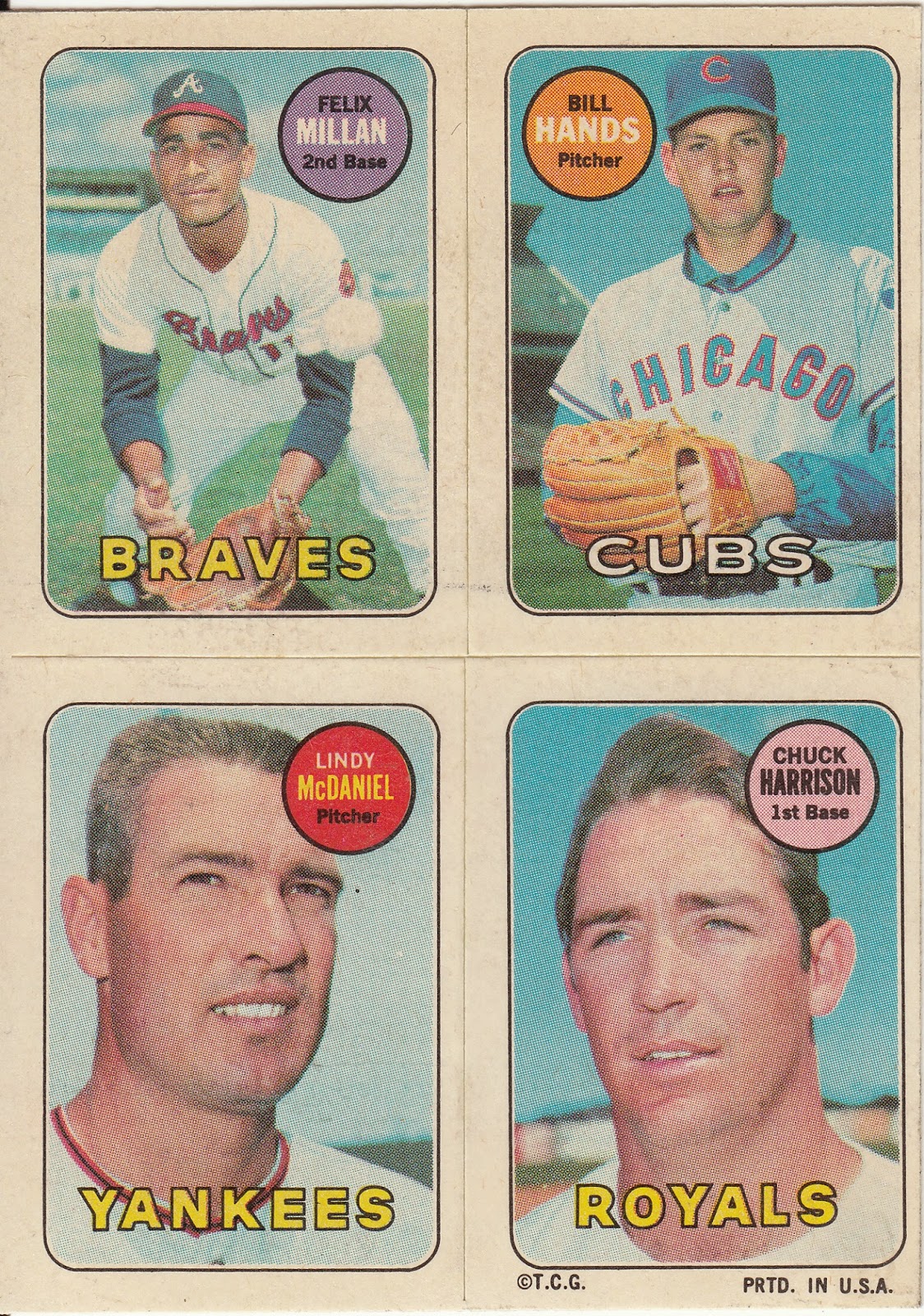 Coincidentally, Hands came to the Cubs in a trade with the Giants that that sent them Lindy McDaniel.

Here's the full size Bill Hands card I collected as a kid. 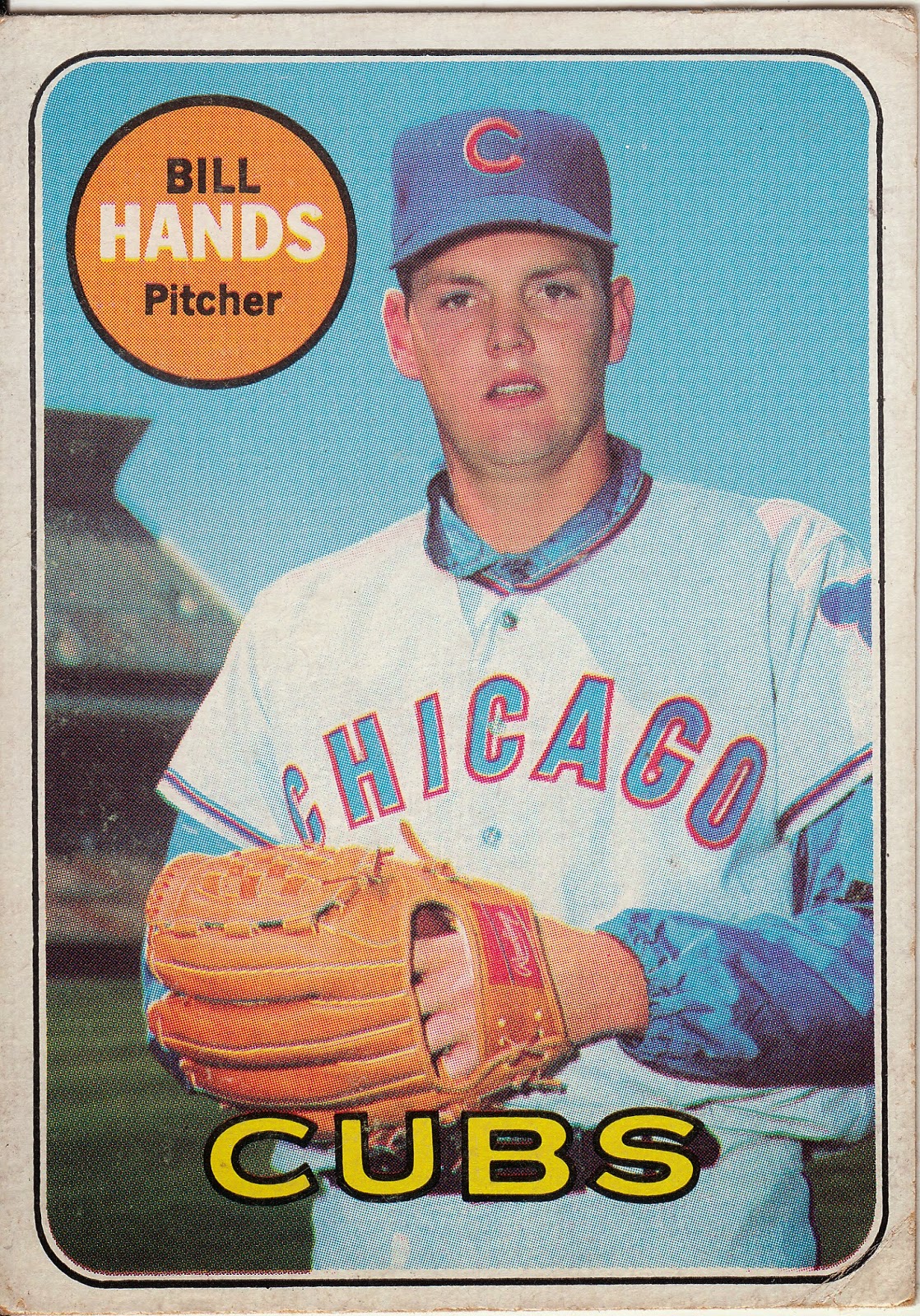 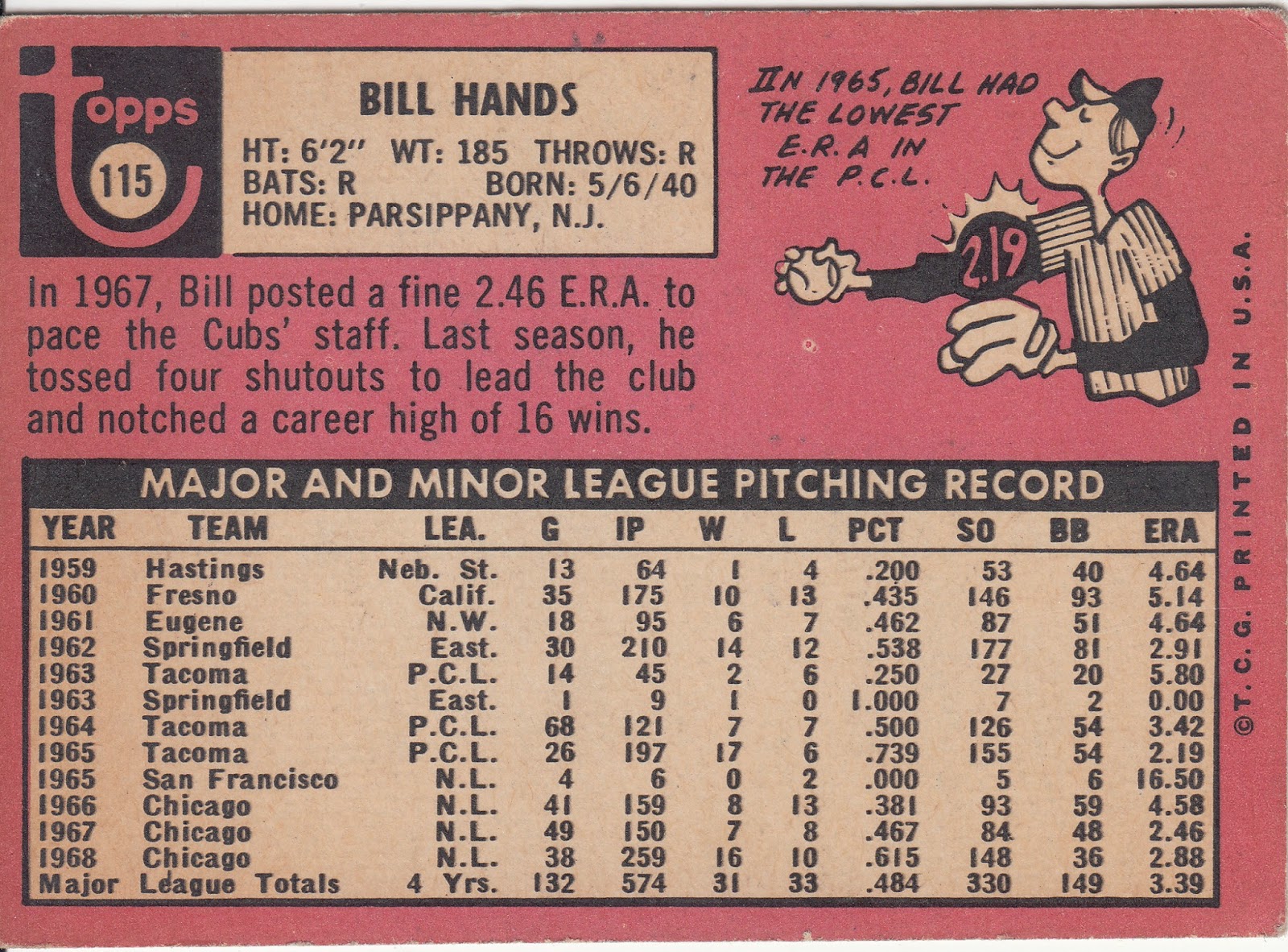