I came across both of these Turk Wendell cards the other day.  If only all players would take the time to sign cards the way Turk did.  Terrific! 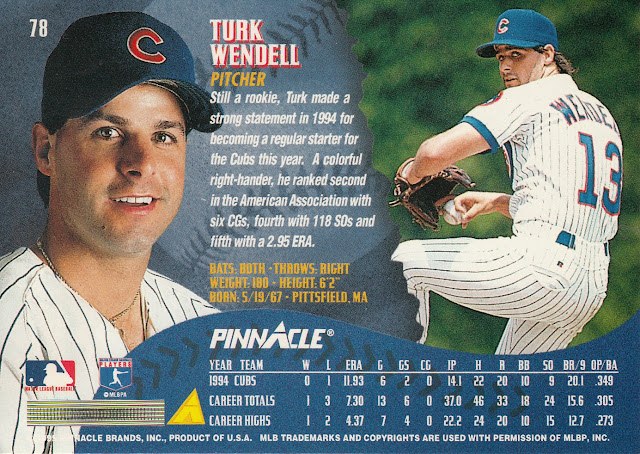 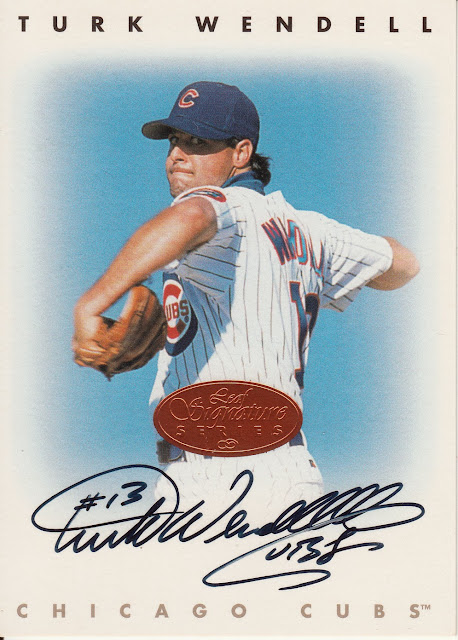 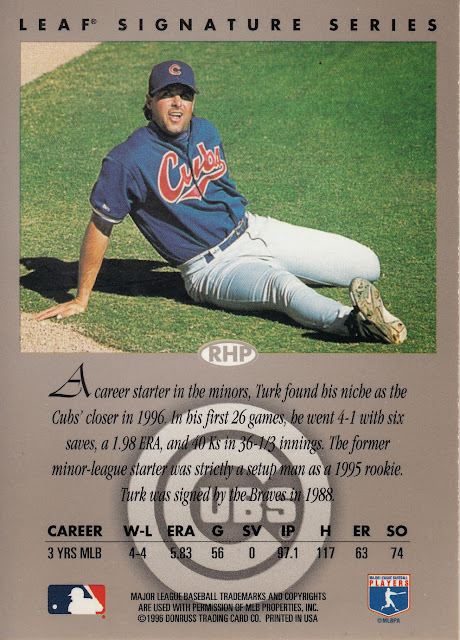 SHARETWEET
Use your ← → (arrow) keys to browse more storiesNext

Turk Wendell spent many seasons as an excellent set-up man. If I really felt like people would care, I could post his stats. However, outside of normal baseball articles, I would like to focus on other aspects of Turk Wendell, which make him a valuable member to my all-time awesome athlete team.

Reason No. 1—Wendell insisted that the umpire roll the ball to the mound rather than simply throw it to him. (If an umpire would ignorantly throw the ball to him, Wendell was known to let it go past him, or even to let it bounce off his chest, after which he would retrieve it from the ground.)

Reason No. 2—Whenever he began a new inning, Wendell would turn and wave to the center fielder and wait for him to wave back before proceeding.

Reason No. 3—At the beginning of each inning, Wendell would reportedly draw three crosses in the dirt of the pitcher's mound.

Reason No. 4—Once Turk Wendell got in a "who has more testicles" contest with Lance Armstrong. He won by seven.

Reason No. 5—Whenever his catcher stood, Wendell would crouch down.

Reason No. 6—When entering or leaving the field, Wendell would always take a  colossal leap over the baseline.

Reason No. 7—Wendell often brushed his teeth between innings (some claim that he brushed between every inning). While brushing, he often hid in the dugout, either by ducking behind objects or by facing the wall. (picture above)

Reason No. 9—Wendell wore a necklace made from the claws and teeth of various animals he had hunted and killed.

Reason No. 10—Wendell sometimes threw his glove into the stands when leaving a game.

Posted by Hackenbush at 6:05 PM