Regular readers will know that I fully admit to being only a semi-organized collector.  That goes for my collection as a whole and also for my main player collection, Cubs legend and Hall of Famer Ron Santo.  I'm lucky if from time to time I have his cards all in the same box (which I don't now).  I do not have any kind of database or checklist.  I do have a good idea of what I have but as the title of this post indicates I don't really know all the cards I'm missing.


This is a card I've had for a long time, in fact I have a couple. 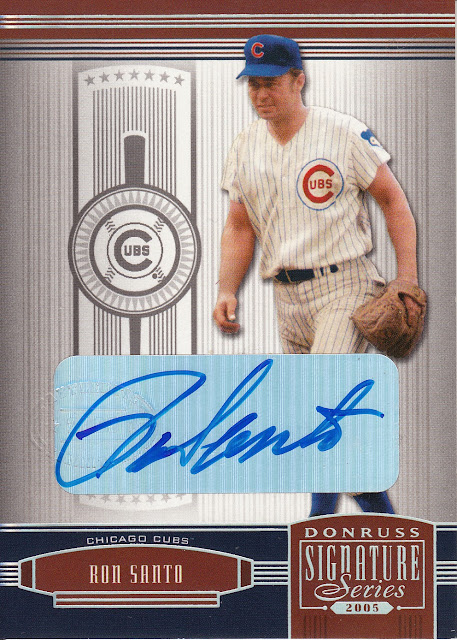 If you have a player collection you're probably like me in that you check eBay on a regular basis looking for either new cards or cards you don't have.  I look at least every few days.  A couple of weeks ago I saw the card below with this title, RON SANTO 2005 DONRUSS SIGNATURE #6/25 GOLD CENTURY SP" I would have skipped right over it if I hadn't noticed the end part.  I know I've never seen this one before.  Now if the starting bid had been say ten bucks I might have put it in a watch list but that would have been it.  Instead, the seller started it off at $1.00.  I can sure play in that ballpark!  I've already forgotten if I just put in the minimum or maybe a few bucks.  No matter.  Believe it or not this one slipped by everyone but me and I came away with it as the only bidder. 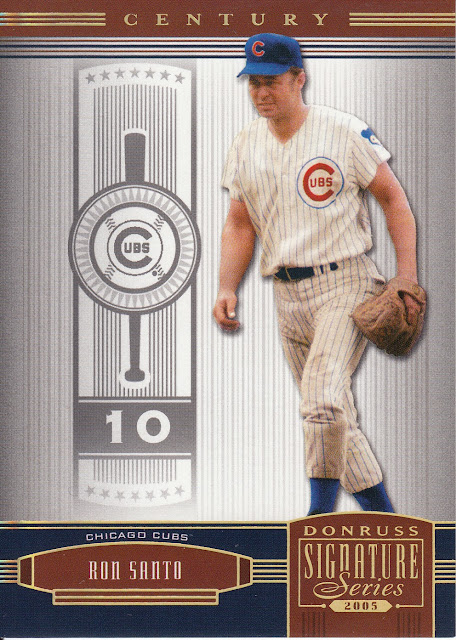 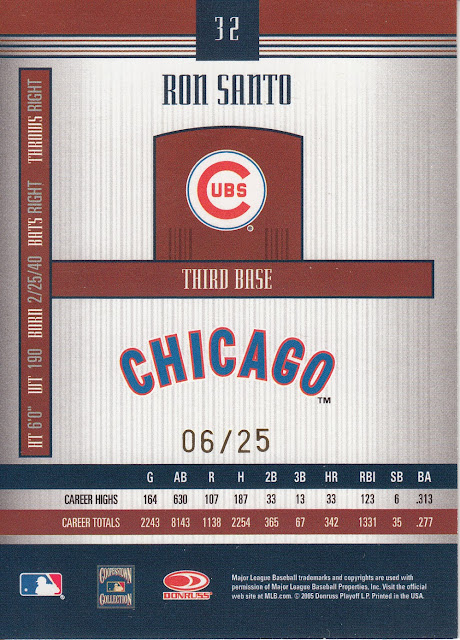 I do like autographed cards but in this case between the small design change at the top and without the intrusive sticker (which covers up Santo's #10) I think it's a much nicer looking card.  Add that it's serial numbered to just 25 and I think I'd take it over the auto version.  So the moral of this story is, keep a sharp eye out when you're hunting for cards.  You never know what might come up.
Posted by Hackenbush at 1:25 PM