I bought one pack of Bowman just for fun. 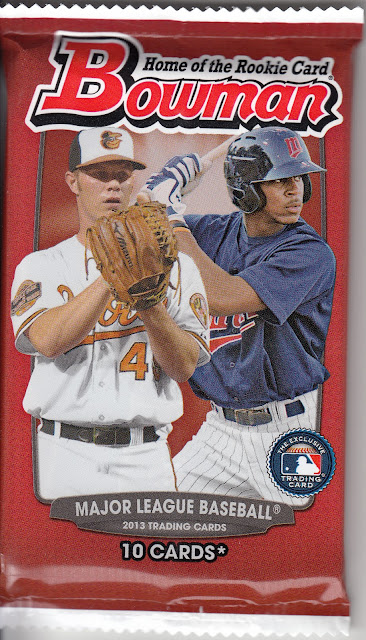 The first three base cards feature solid players who all wear red.  The design of the cards is also solid. 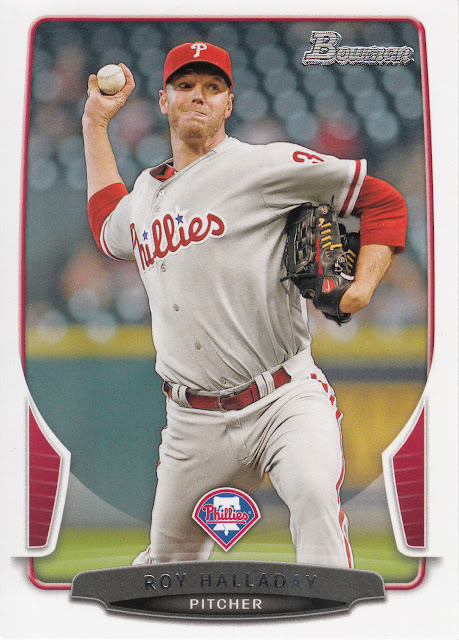 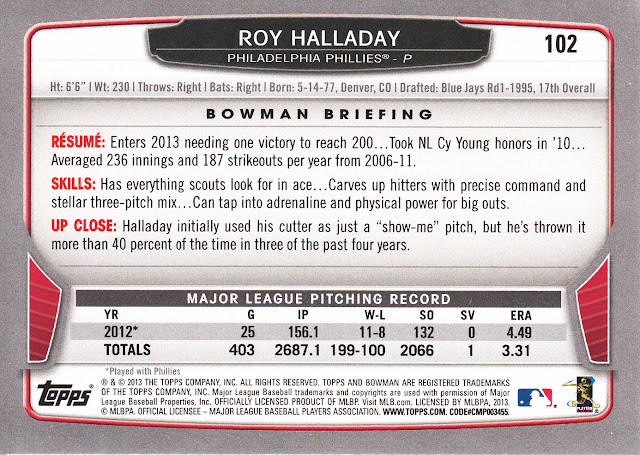 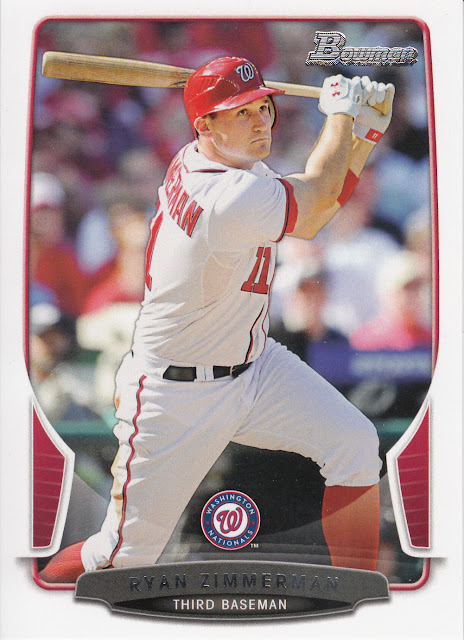 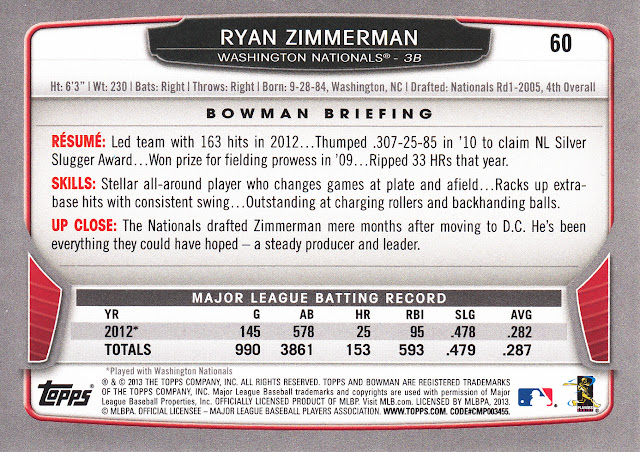 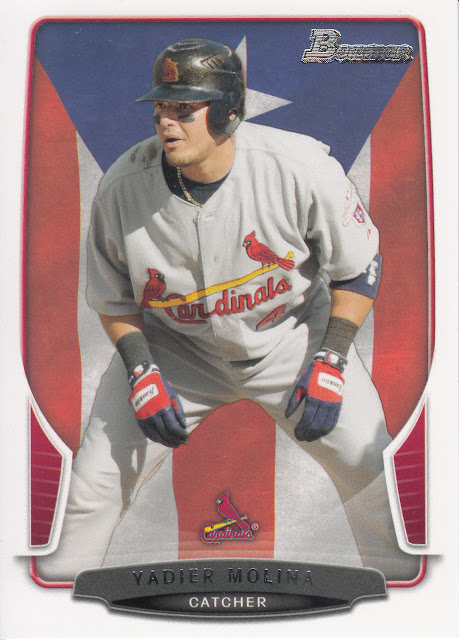 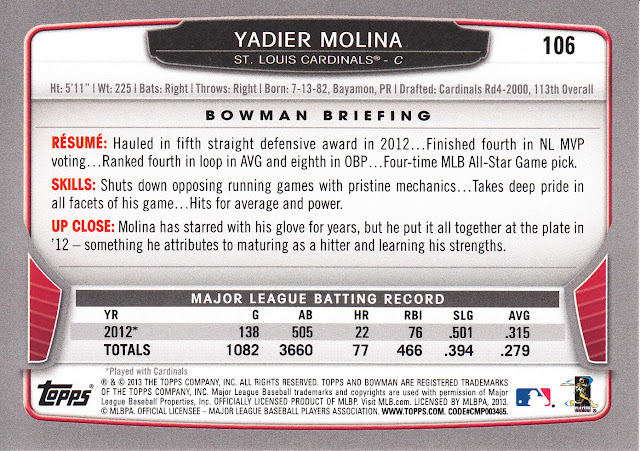 There were two rookies: 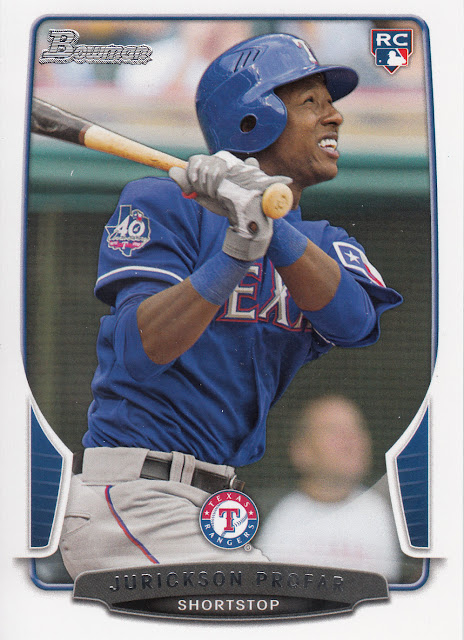 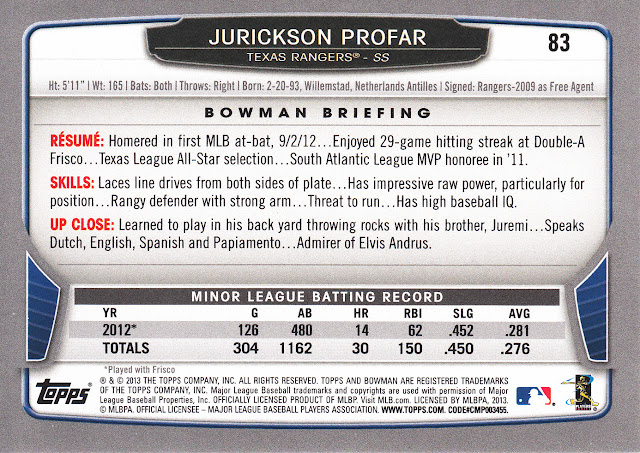 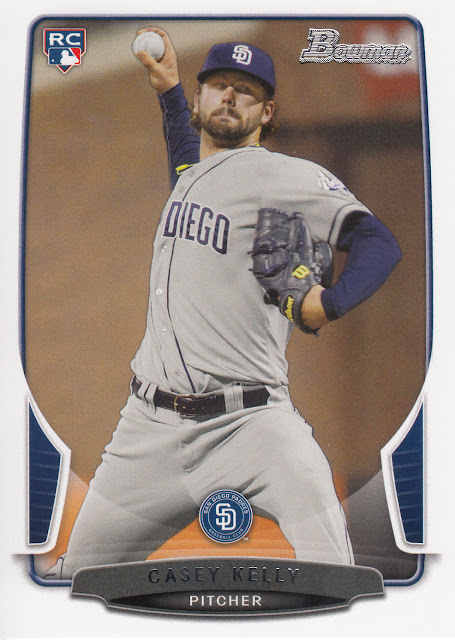 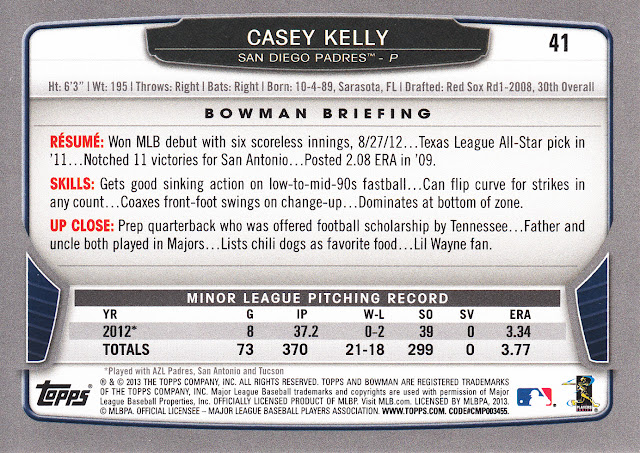 This is probably the best card in the pack.  Starling is off to a great start, hitting .313. 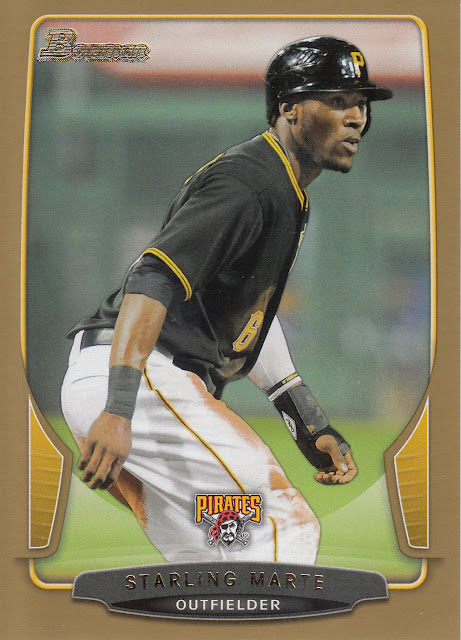 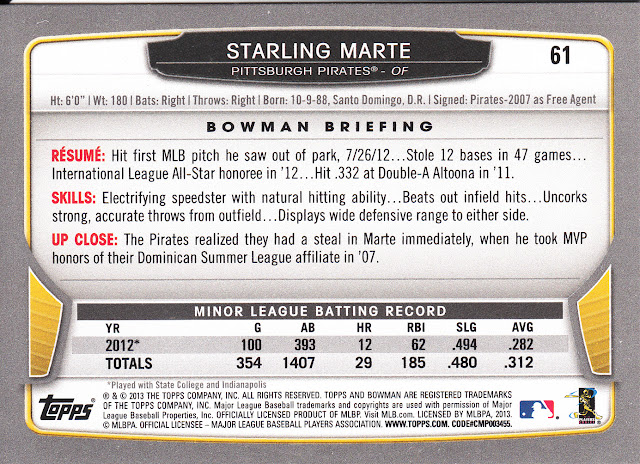 There were two "Prospects" cards:

Shane is at Asheville in A-ball putting up not very good numbers. 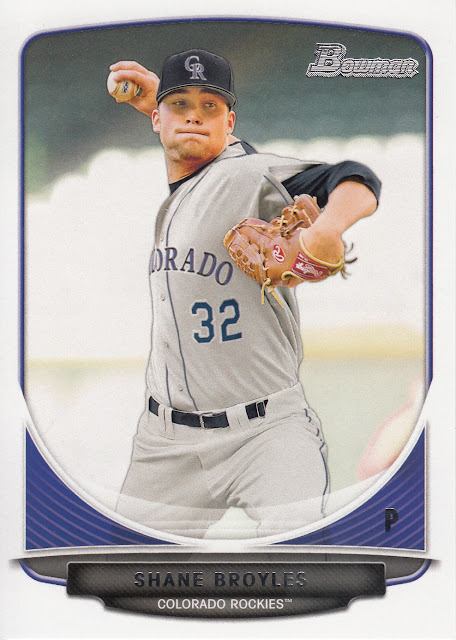 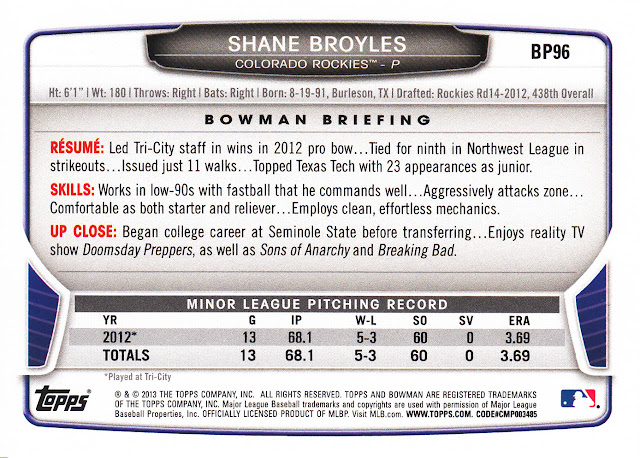 Jamie's only 18.  I couldn't find anything current on him. 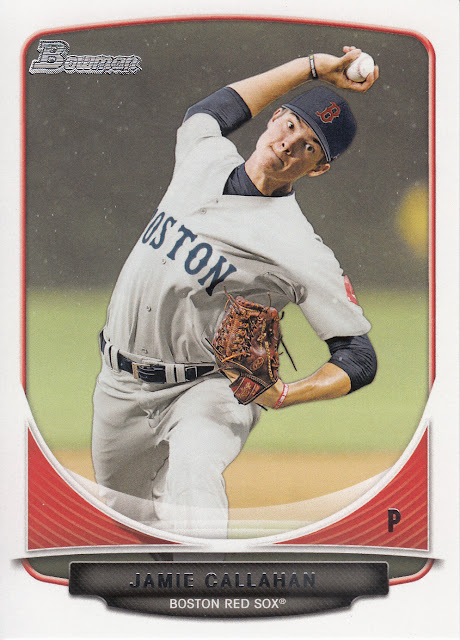 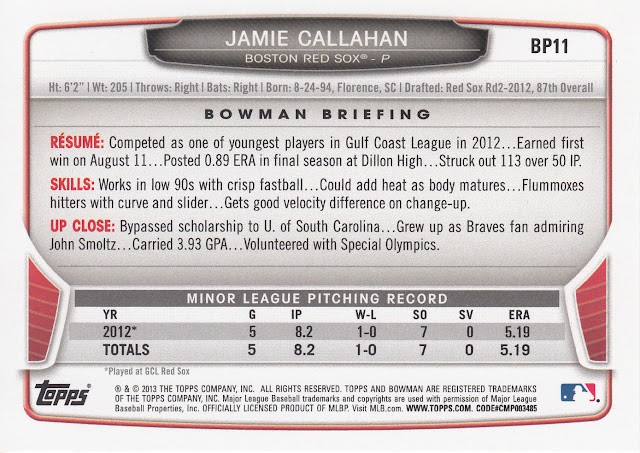 I think each pack has two chromes.

Cory has 25 RBI in 28 games this season at AA Binghamton.  As his card says he's the son of 4-time All-Star Greg Vaughn. 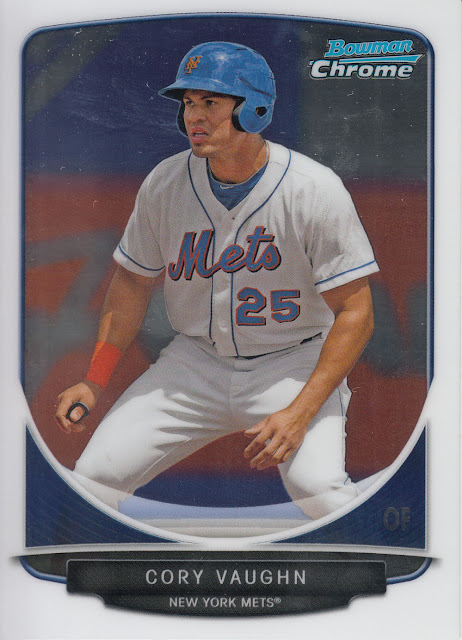 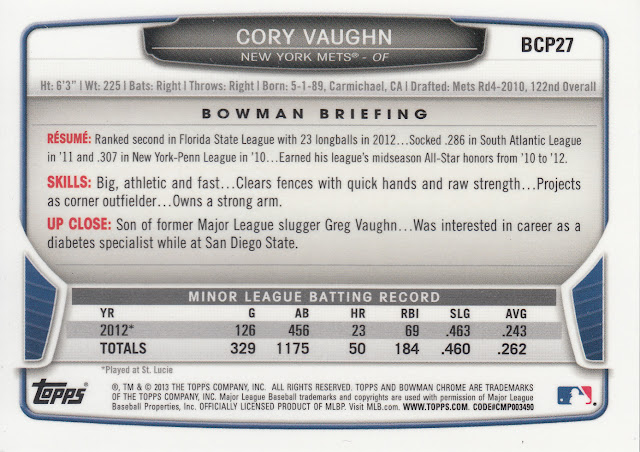 Brett's posting some good numbers at Charleston in A-ball.  He's 4-2 and has 29 strikeouts in just 24.2 innings pitched against 7 walks. 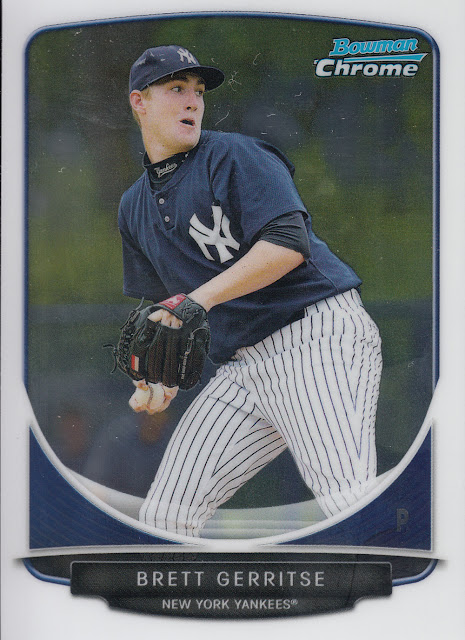 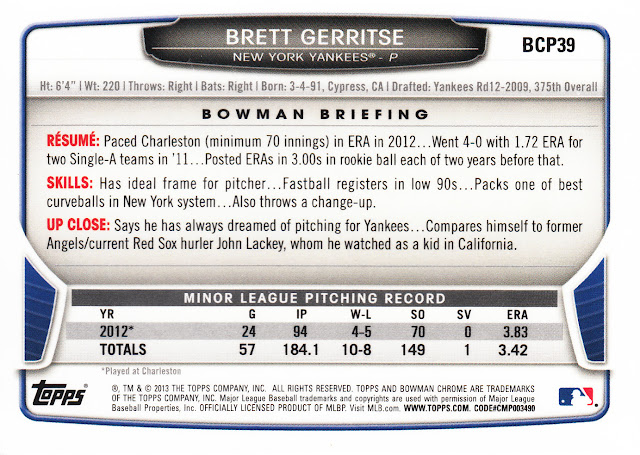 Not too exciting a pack but not bad.
Posted by Hackenbush at 7:13 PM