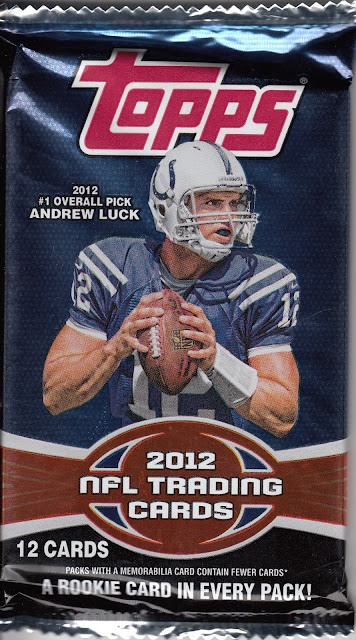 A damn good start to this pack.  A.D.'s been running amok lately and L.T. is one of the All-Time greats. 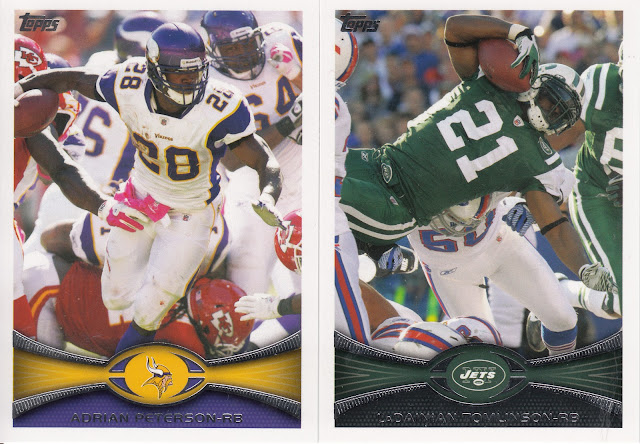 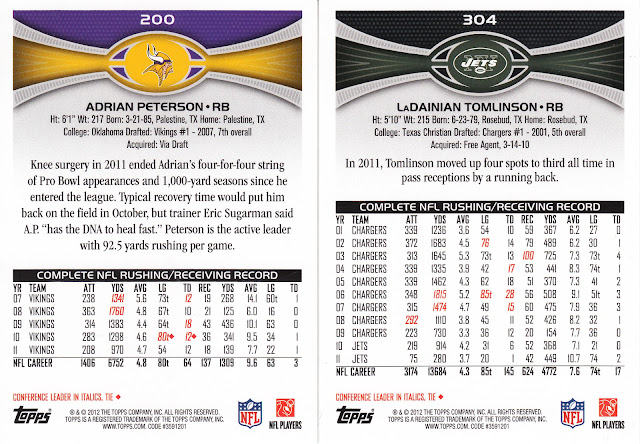 Santana only has 32 receptions but 7 have been for TD's.  Demaryius is Peyton Manning's favorite target in Denver. 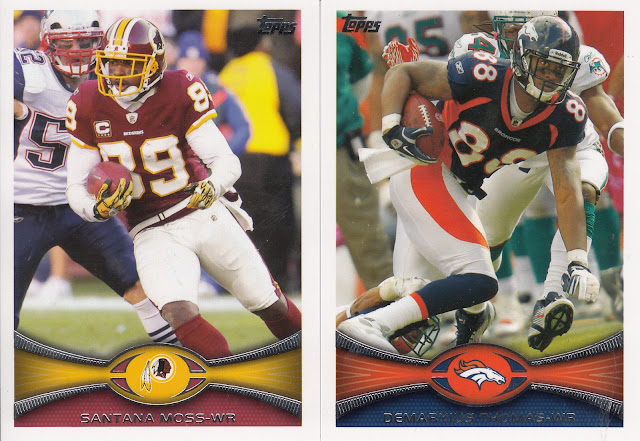 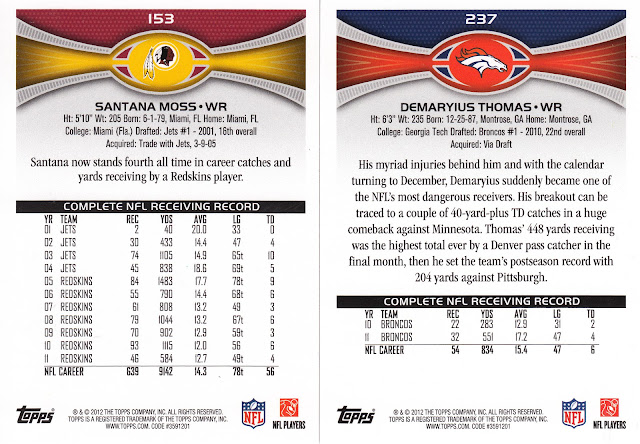 After 3 straight 1000+ yard seasons in Cincinnati, Cedric signed with the Packers.  He's been out with a foot injury since Game 5.  Randall had 7 catches for 102 yards last week against the Lions. 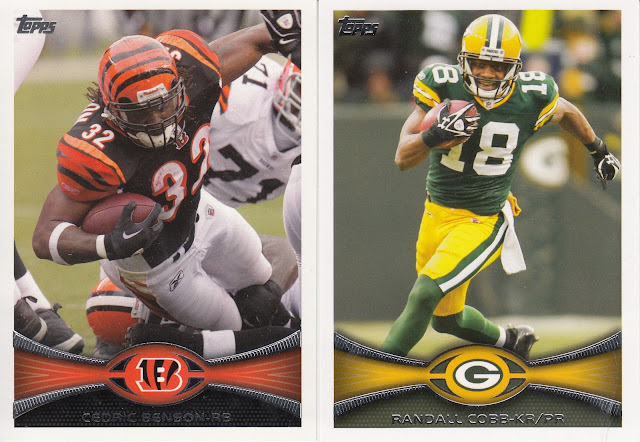 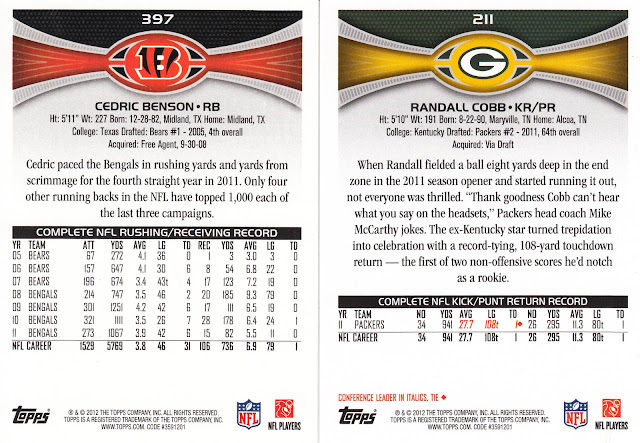 These three rookies are the weak part of the pack. None of them has made big splash as yet.  LaMichael James was a big deal at Oregon, finishing third in the Heisman voting in 2010. 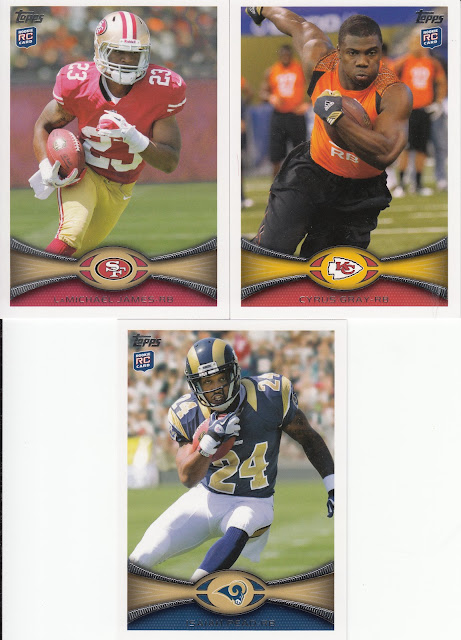 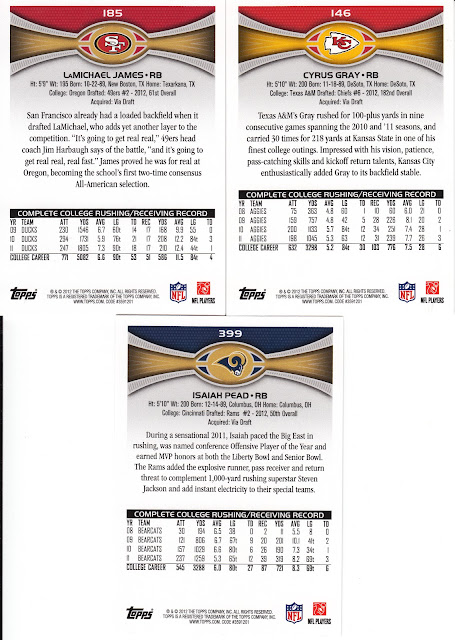 Sean  is the only representative for the defense in this pack of 12 cards. 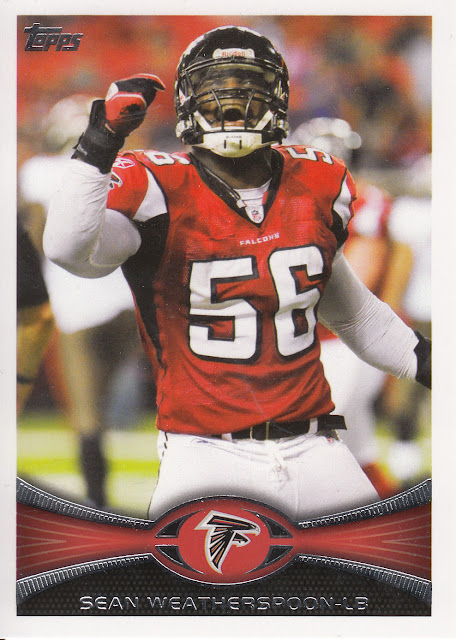 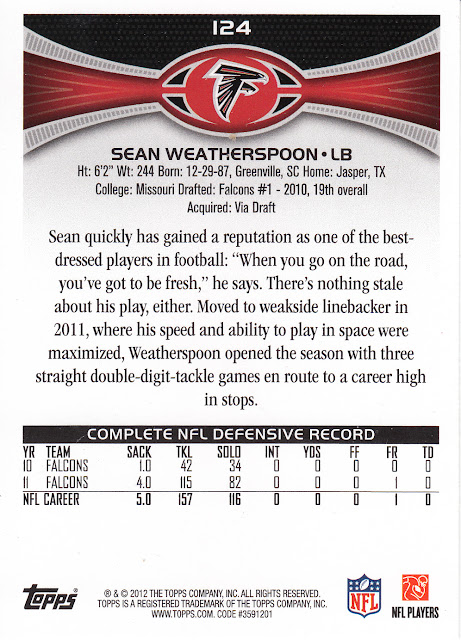 The only horizontal card in the pack, this is probably showing one of Lance's two catches against the Lions last season (12/4/11) in a 31-17 win. 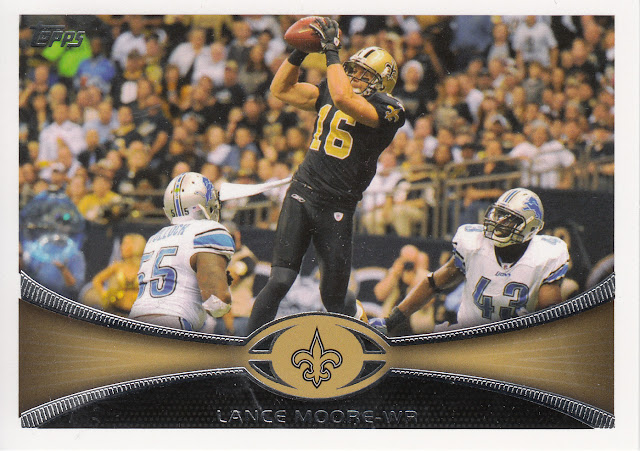 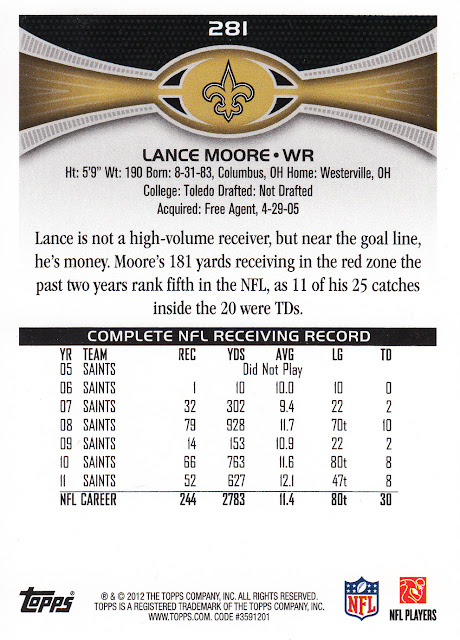 Finishing up the pack is a nice 1:6 packs insert of  Hall of Fame QB Sonny Jurgensen. 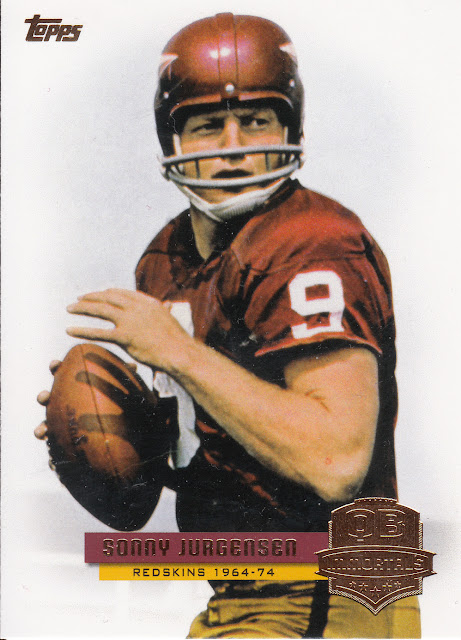 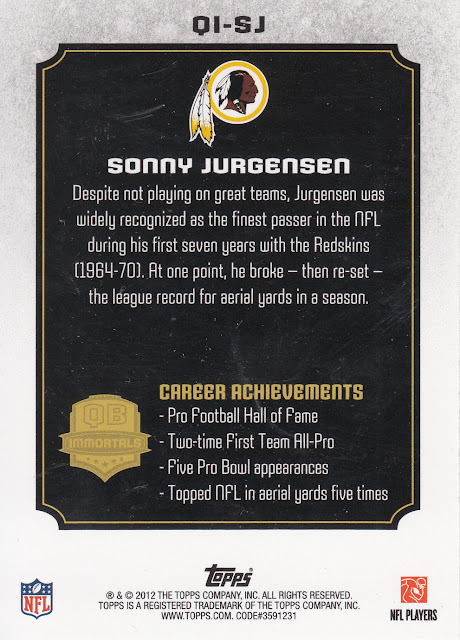