I was looking for a 1970 Al Oliver card in my box of disorganized 1970 and 71 cards when I came across this one.  It's a simple, maybe boring card but it intrigued me. 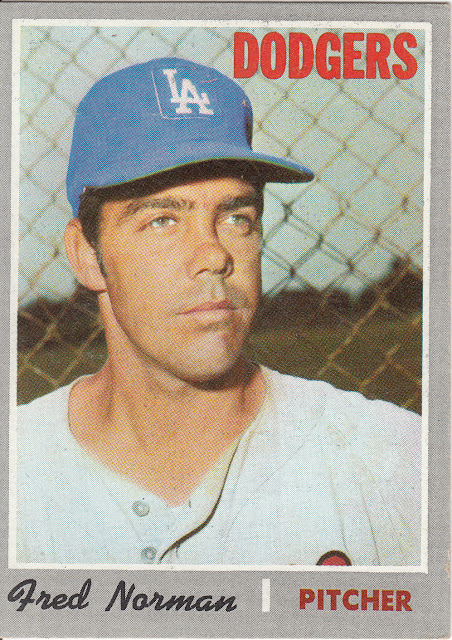 First of all, what's going on with the cap?  Is that really a patch with LA on it or is it some sort of Topps artistic effort?  It could be a spring training shot but I don't think the bit of red showing on the uniform is from a Dodgers uniform. 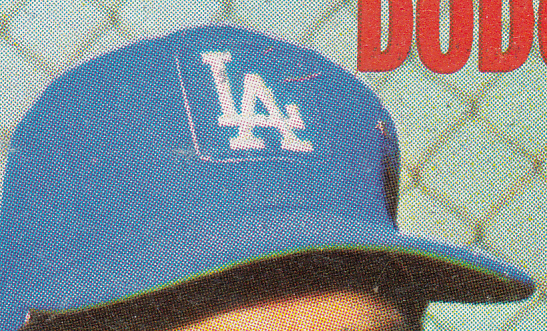 By current standards all three of Fred's names are out of favor as first names.  Isn't it odd that his official name is Fredie but his nickname was Fred?  Shouldn't it be the other way around? 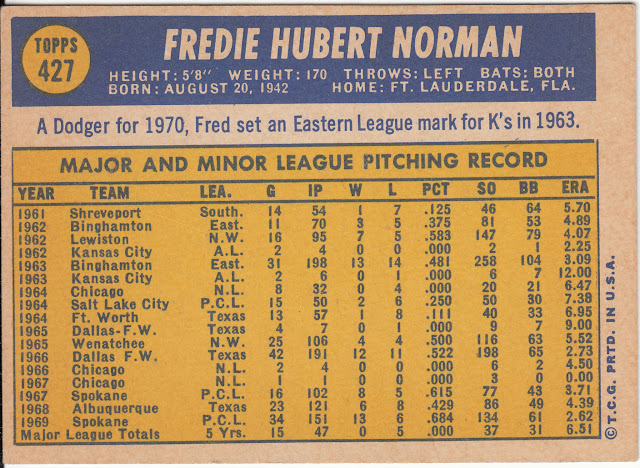 Did the Topps writer know something about the future?  "A Dodger for 1970", as if he knew Fredie's time in LA would be limited.  Maybe he was influenced by looking at Fred's nine year journey.  I love that about these cards.  Now with baseball-reference.com we can drill down a little and find details like this: back in 1963 with the KC Atlethics, in the first of his two appearance he gave up a three run homer to Elston Howard in the third inning and while pitching to Joe Pepitone in the second allowed Roger Maris to steal third base (his only theft of the season).

Better days were ahead for Fred. In mid 1973 he got traded from the Padres to the Reds and was part of the Big Red Machine's two Worlds Championships in 75 and 76.  Those two seasons he posted an overall win-loss record of 24-11. 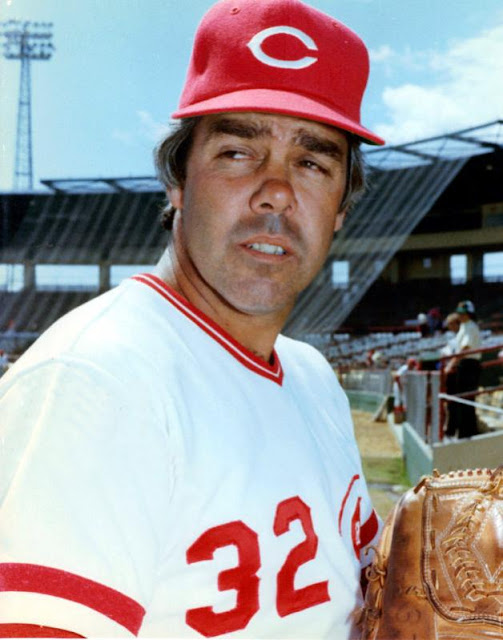 Posted by Hackenbush at 3:45 PM