I think most of us would agree that card collecting magazines used to be much better. I saved this one from 1993 because how can you toss anything with Muhammad Ali's picture on it. 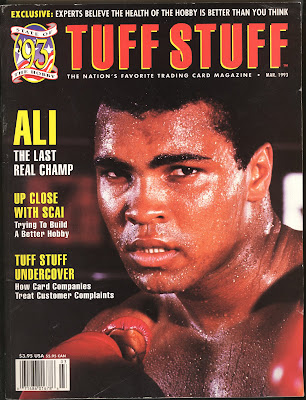 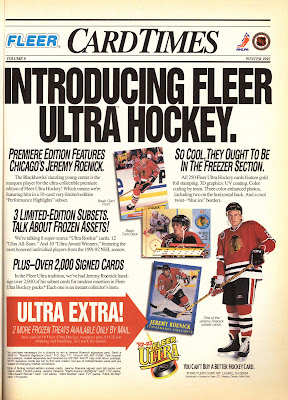 An ad inside
Jeremy Roenick was in his heyday with the Blackhawks in 1993, scoring 50 goals and 107 points. The Hawks won their division and were third in the league in points but were swept out of the playoffs by the underdog St. Louis Blues getting shut out in two of the four games.
Posted by Hackenbush at 11:26 AM