I do have the Dave Winfield trifecta: 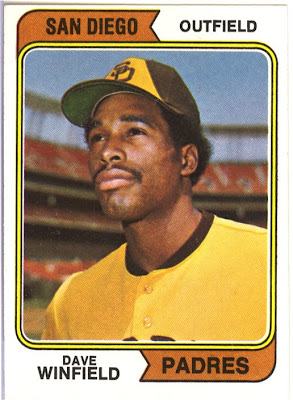 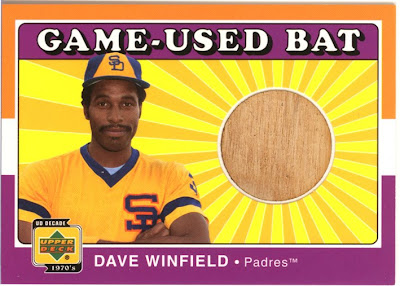 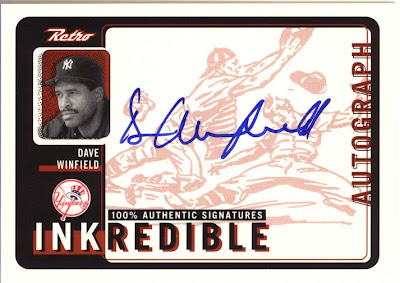 A little more interesting is an autograph I found in my grammar school autograph book. 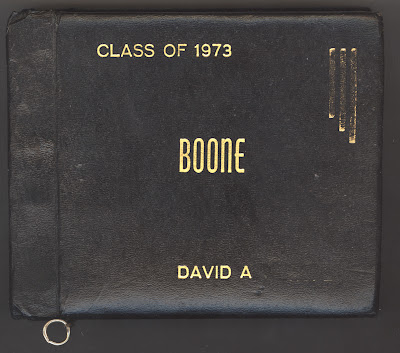 My classmates and I received these when we graduated 8th grade in June of 1973. I guess our parents paid for them. They were, I suppose, for collecting autographs from fellow 8th graders who we might or might not ever see again. Indeed there are some of both inside. Better yet are some autographs of ballplayers.

In the summer of 1973 bleacher tickets at Wrigley Field were all unreserved and sold for just $1.00. My friends and I went to a bunch of games. The trip from our neighborhood was a bus ride to the Loyola El and a short train ride to Addison St.. We'd get to the park early, stand in line, and the bleachers being totally unreserved we'd get to sit in the front row. For some reason we always picked the left field seats.

Before the games we would toss our autograph books and pen attached to a piece of string over the outfield wall. We did get some signatures that way. I'm not sure if you're even allowed to do this anymore. In addition, we used to wait outside the visitors exit after some games and try our luck there.

I'd be lying if I said I remembered the specific circumstances of any of the autographs. It was a long time ago and my memory is such that I'm lucky if I can recall what I had for dinner last night. 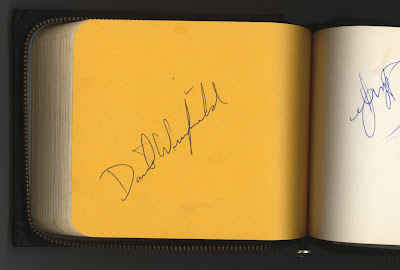 The pages in the book are a variety of colors. It's nice that he picked one that comes close to matching the Padres colors. It's also nice that he signed "David" Winfield. Looking at ebay today I only found only one like this, a slabbed index card.

The other interesting thing is that, though I can't recall the moment, I can tell you the exact date. It was July 17, 1973. The skies were partly cloudy and the temperature at gametime was 81 degrees. The Padres won the game 1-0 the only run of the game coming on a Nate Colbert sacrifice fly in the 5th inning.

Dave Winfield did not play. In fact his first appearance had only come the previous month, on June 19. At this point in the season and his career he had just 39 at bats, 13 hits, 1 home run and 4 RBIs. He was hitting .333.

Below are the four pages from my scorecard that day. The date is on the second page at the bottom right. 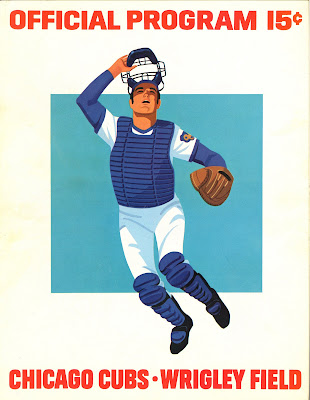 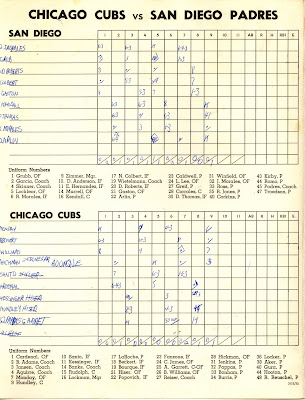 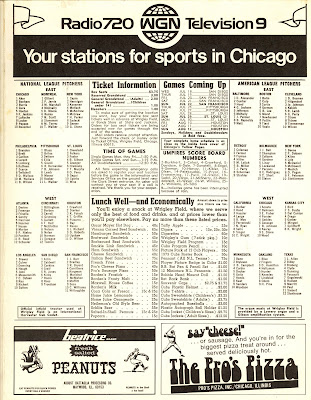 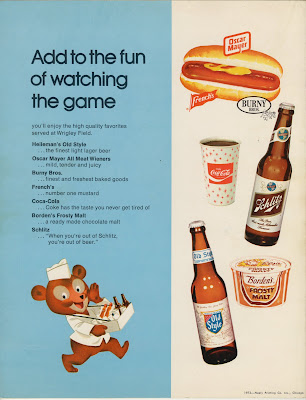