What a great card!  It's Paris at the tail end of the Belle Epoque.  The title is  "Paris -- Notre-Dame Vue de L'ile Saint-Louis" (Notre Dame Seen from Saint Louis Island).  I love the painting.  It looks like late afternoon at the end of a rainy day. 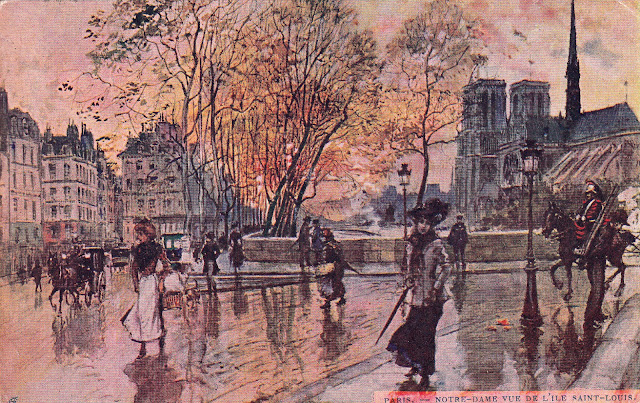 I don't speak any French (I took Spanish in school).  Here's what I can make out using Google:
My dear Loulou.    We ____ very good    Arrived and went for a short walk before going to sleep. I can't make out the last part.  The corner says: Your father--- kiss you too 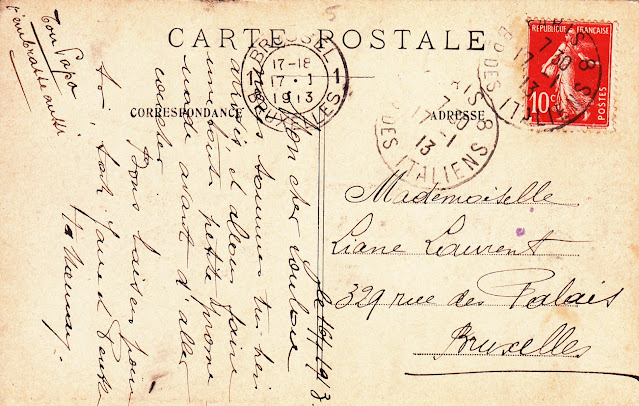 This is the street  in Brussels, Belgium that contains 329 Rue des Palais.  It looks seedy only partially I think because the street is torn up.  Note the Midas Muffler shop on the corner.

There is a mixture of old and new on the block.  I have no idea if even any of the older structures date from 1913.  Speaking of that date, 1913:
Belgium hosted a World's Fair in the City of Ghent. 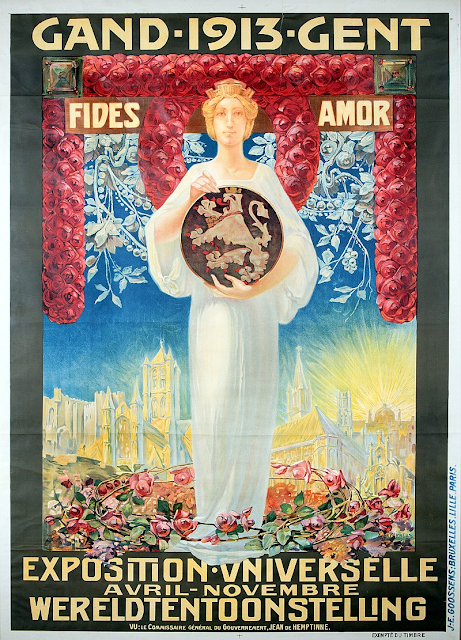 My first thoughts on seeing the date, 1913, was "I wonder what was going to happen to Mademoiselle Laurent".  It was about a year and a half after she received this postcard that the Germans invaded her country. 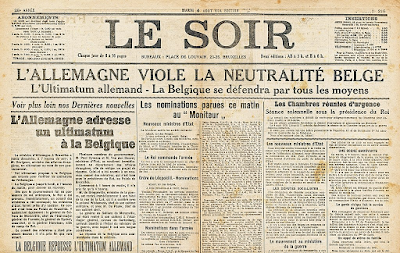 It will remain a mystery what happened to Loulou and her Papa.  If they survived the next four years, there was a good chance they would face many more challenges in the following decades.
Thanks for visiting.
Posted by Hackenbush at 4:10 PM