I have a modest sports team cap collection.  I gathered most of them for this picture.  It's probably about 80+% of what I have. 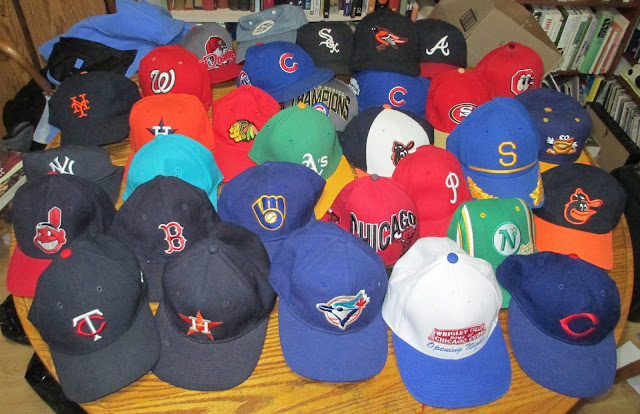 My wife "appropriated" a few early on in our courtship/marriage.  Funny story.  One cold Chicago day we were crossing the bridge from Millennium Park to the Modern Wing of the Art Institute when some guy yelled out, "Keep the Dodgers in Brooklyn!"  You can guess which of "her" hats she was wearing.  Maybe some day I'll get another for myself. 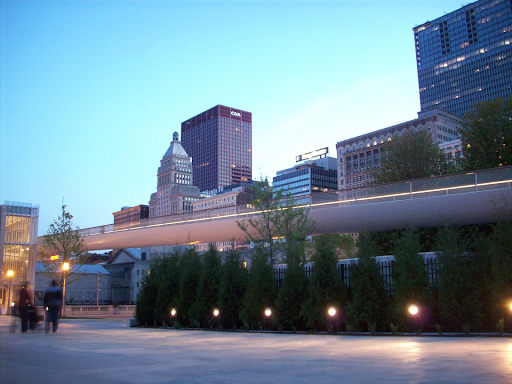 The Nichols Bridge
That's all prologue.  The specific cap I want to talk about is not in the "team picture". It's this Montreal Expos cap. I've had it for as long as I can remember.  Actually, my memory being akin to that of a goldfish,  it's much longer than I can remember, probably over 30 years.  It took many years until I realized there's something strange about this cap.  Do you see it? 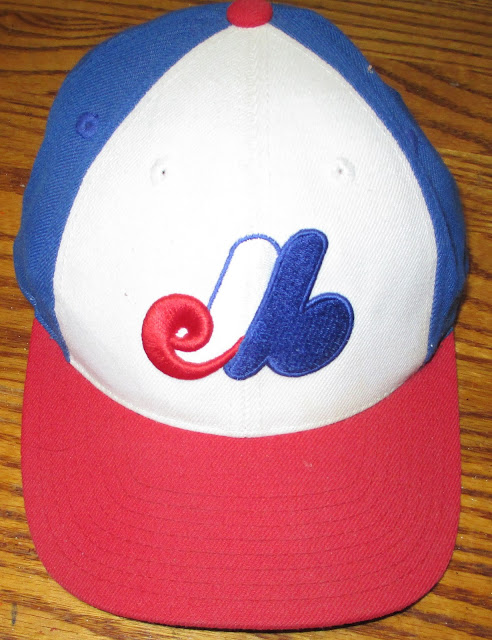 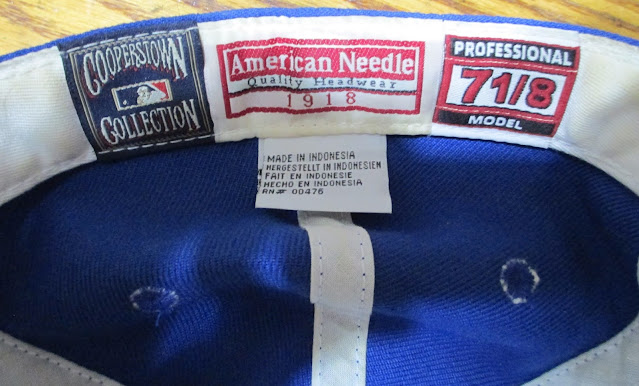 I can't find a single photograph (aside from a couple of ads) that show this cap with a red brim.  Check out these cards. 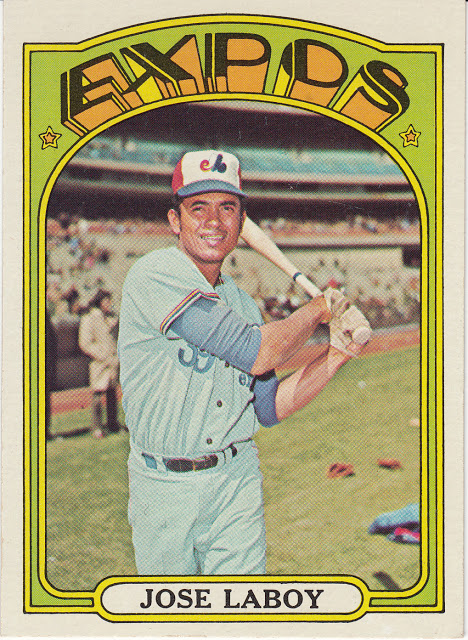 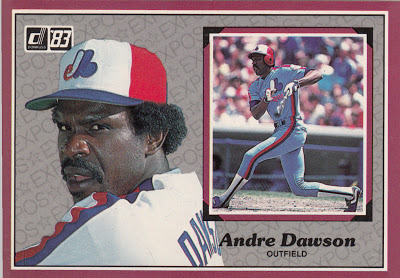 American Needle is no fly by night operation.  They couldn't have made such a big mistake, right?  What am I missing?  Does anyone know if or when the Expos wore a cap like this?  These days they make caps in any number of variations, from camo to all black, Spring Training to Warm-up.  I don't think they were doing that in the 1980's.
Any help would be appreciated.
As always thanks for stopping by.
Posted by Hackenbush at 2:33 PM