I've recently been trying my hand at a little scattershot bargain hunting on eBay.  So far I've made like 200 bids and won just three.
I got this 1967 Philadelphia Richie Petitbon card for just 26 cents shipped in a penny sleeve and top loader.

Petitbon had a great career both as a player and a defensive coordinator.  He won the NFL Championship with the Bears in 1963 then won 3 Super Bowls as a coach with the Washington Redskins.  Richie was a 4 time Pro Bowl selection and retired as the Bears all-time leader in interceptions (37).  He's currently second behind Gary Fencik (38) but Peanut Tillman is breathing down his neck with 35 and counting. 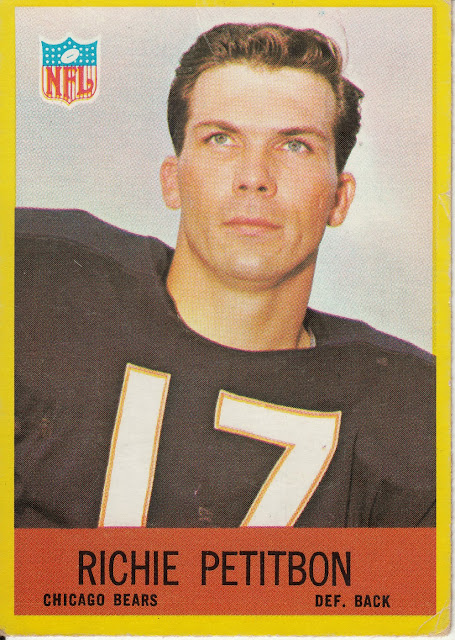 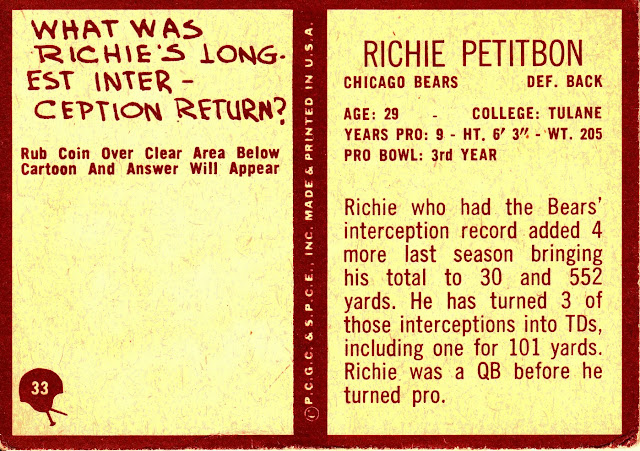 Spoiler alert--the answer to the rub-off question is at the right.

Richie was inducted into the Redskins Ring of  Fame in 2011.