Gee friends, it's been almost a year since the last installment of this series--and so close to the end too.  Well, what better time than during the Stanley Cup Playoffs.  Here are the last (though I've probably misplaced a few) of my signed hockey cards.

Besides being a Blackhawks player, Dale went on to a long and great career as an announcer, followed by a stint in the front office where he helped to build the 2010 championship team. 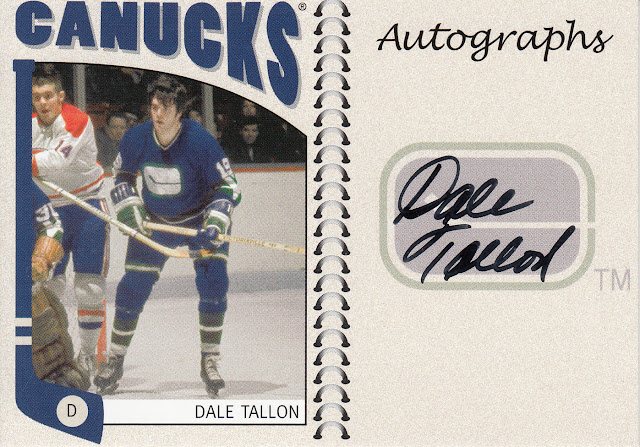 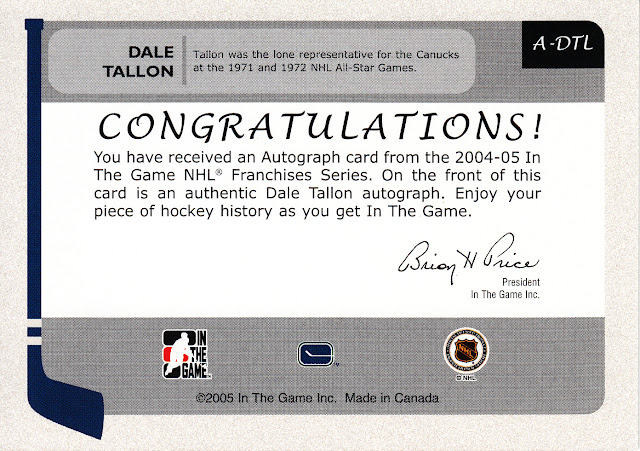 Hall of Famer Norm Ullman from a great set. 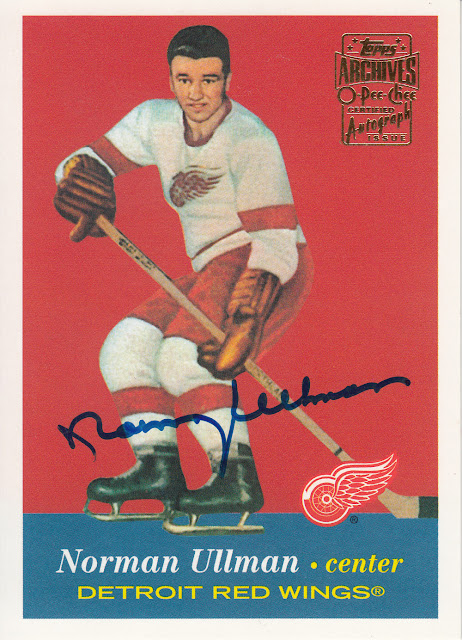 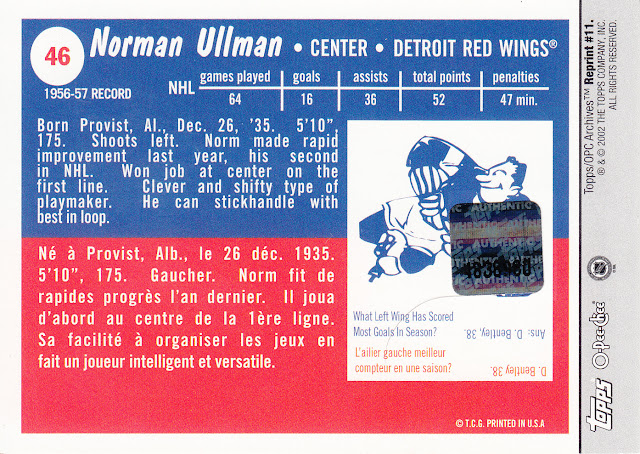 Ed was part of the great Boston Bruins teams of the early 1970's as well as being the first captain of the NY Islanders. 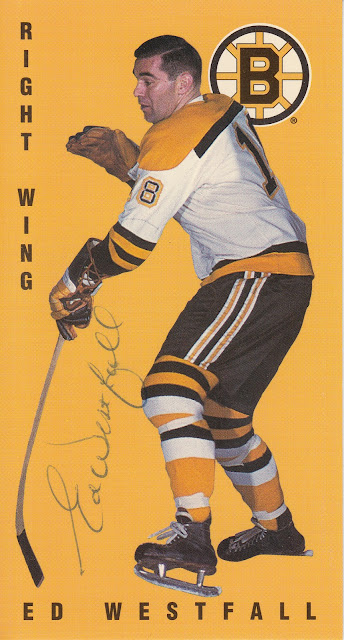 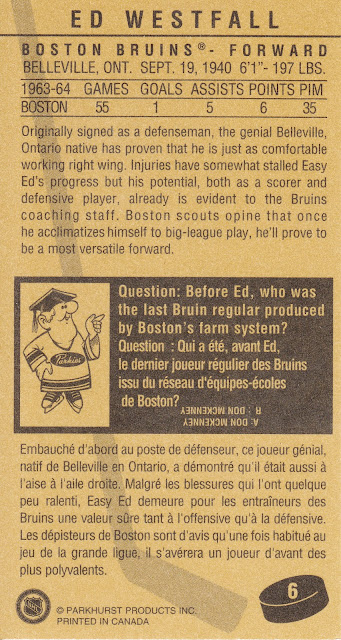 Wharram teamed with Stan Mikita on the Scooter Line and was part of the 1960-61 Stanley Cup Chamionship team. 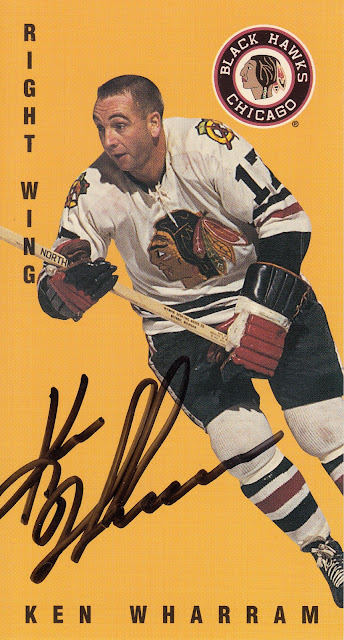 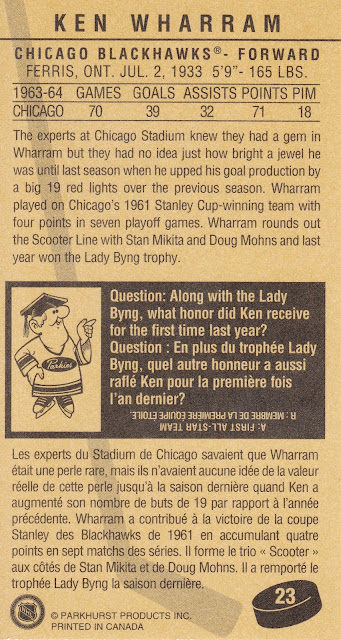 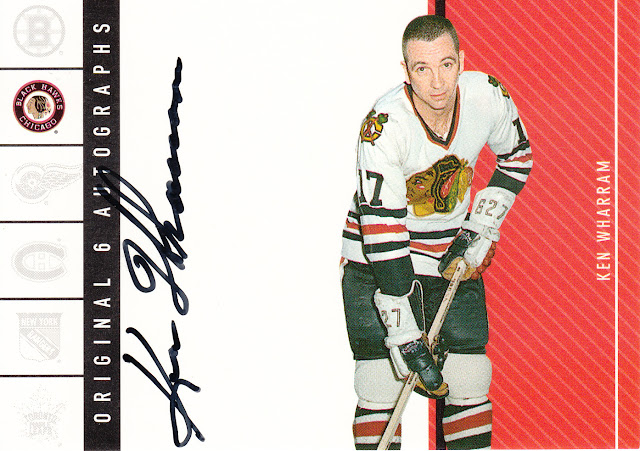 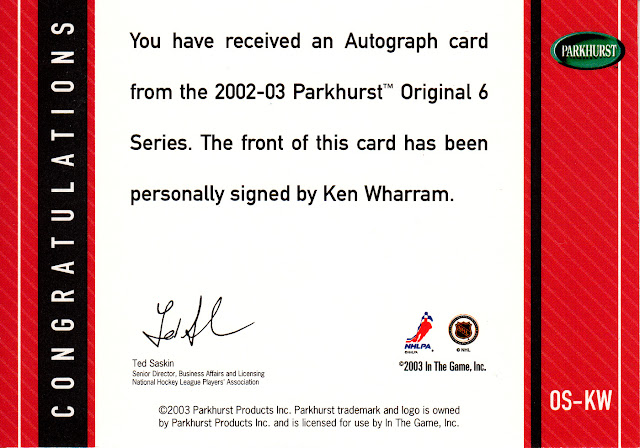 Bill spent seven seasons with the Blackhawks from 1970-76. 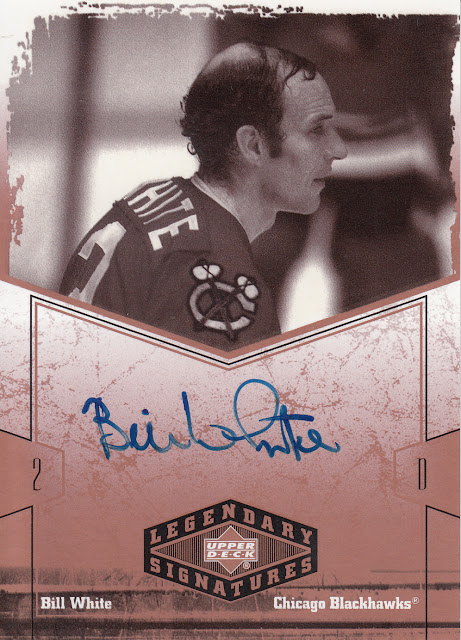 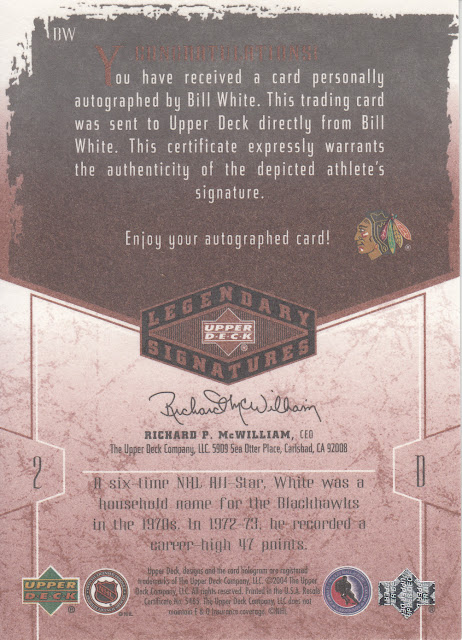 It's not the best signature and he's not pictured as a Canadien but it's still Gump. 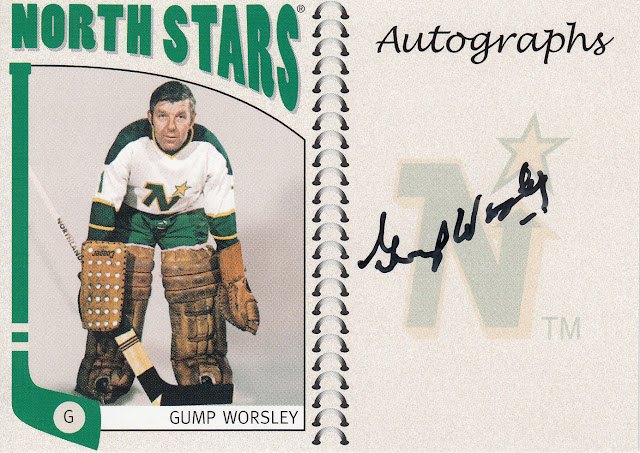 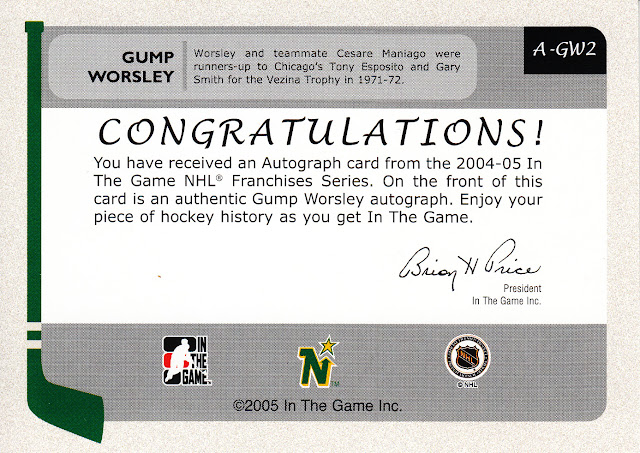